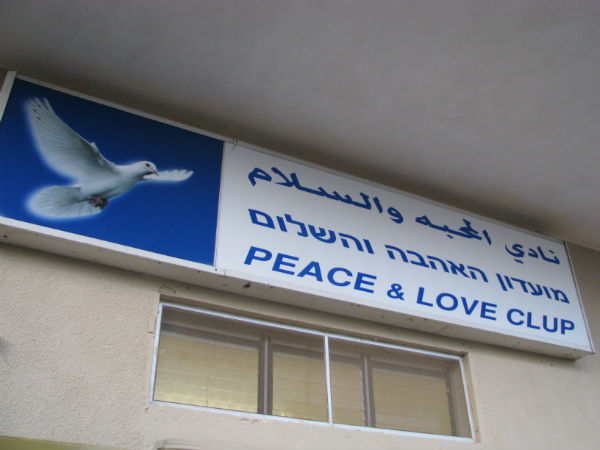 “Peace on Earth.” – When living in the States I would see this statemet/wish/declaration of intent printed on Christmas cards and spelled out in Christmas lights. It seems to be a slogan of the holiday, and to be honest – one of the best reasons to love it.

If Christmas is to be a time of peace, Nazareth certainly showed some holiday spirit on Thursday night. The city’s Christmas market, launched two years ago, was festively opened with greetings in Arabic, Hebrew and English. It was a more jovial and somewhat louder event than the tree-lighting in Ramallah. 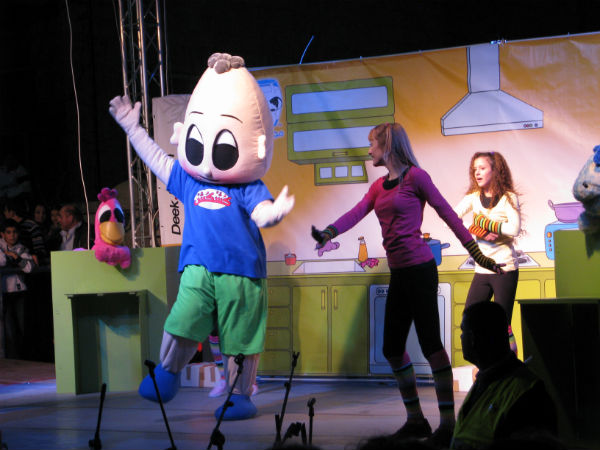 But what with all the lights, balloons and crepes, Nazareth looks for an instant like of of those truly calm places abroad, say – Lugano. 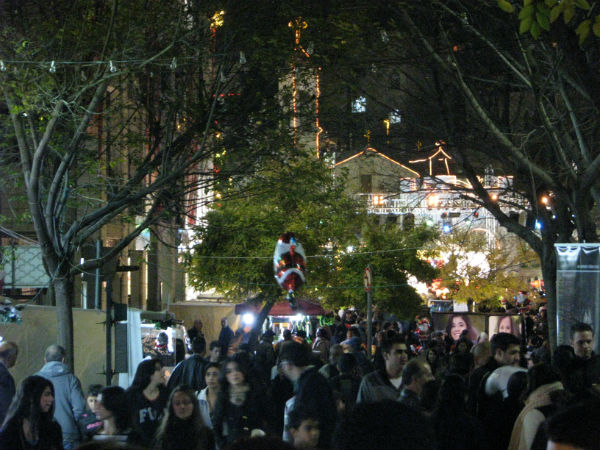 This land is no Switzerland, however. While walking along the stalls and waving hello to Nicola “Santa” Abdou, who showed up in full regalia, I was busy with the thought of an impending war. It was the small weekly war fought at the village of Nabi Saleh. As I mentioned in this journey’s first post, the villagers’ attempt each week to reach a a spring that the settlers have taken over. The army is there to prevent this by any means possible. Last week a demonstrator was shot dead in Nabi Saleh. This week my girlfriend is planning to go there.

Leehee, an anarchist friend who frequents Nabi Saleh, gave me tips on the phone to pass on to Ruthie. The first was not to go. “If she’s not used to West Bank demonstrations, Nabi Saleh is not the place to start.” Leehee stressed that the army often clouds the village with tear gas while besieging it, so that no escape from the billows is possible. The children and elderly of Nabi Saleh are choked weekly, even if they do not join the demonstration. The IDF has also been known to shoot live ammunition at demonstrators advancing towards the spring.

I passed the advice on to Ruthie, and then went to join friends from the hostel to buy ingredients for mulled wine. In the midst of the market, Nazareth’s Christmas tree, said to be the tallest in the Middle East, shone beautifully. 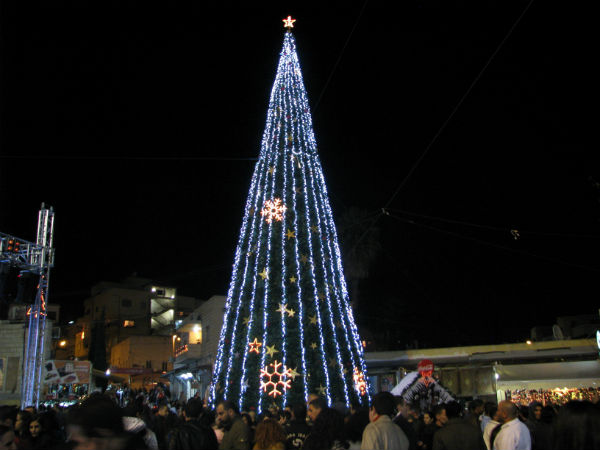 We got red Galilee wine, oranges and pomegranates, knowing that the kitchen at the Fauzi Azar Inn would be equipped with all the necessary spices, from cloves and cinnamon to anise stars. I popped into a store to get candles and could only find birthday ones. Well, Christmas is a birthday celebration, isn’t it? 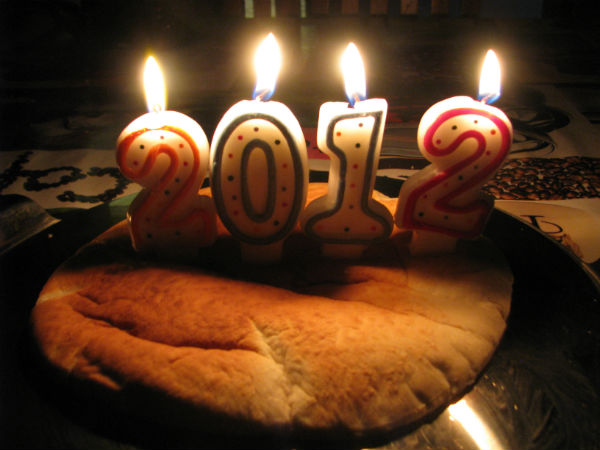 Our wassail was joy itself. 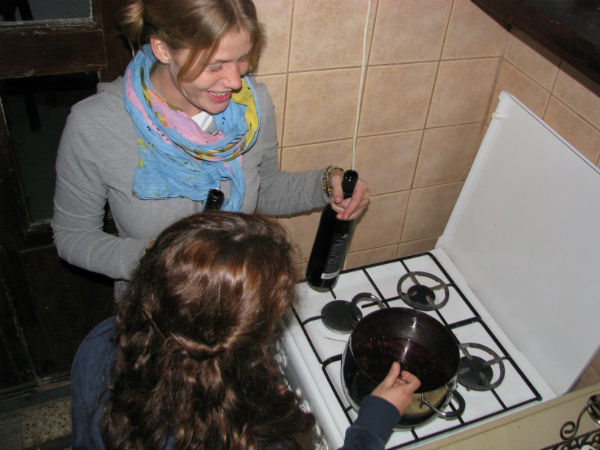 The only thing to disturb my peace were frequent conversations with Ruthie. She was scared of going to Nabi Saleh, but also determined. Her greatest worry was the suffering caused by the tear gas. If the army was to gas the village itself, the experience could be harsh.

I told her about my own sparse experiences protesting in the West Bank. Palestinians living in Israeli-controlled Area C, which makes up 70% of the territory, cannot demonstrate legally, so gas is used almost always. In Bil’in, where enormous amounts of it were directed at us (as well as stun grenades and rubber bullets), I learned that choking can be a good experience. The more one learns of the perverse amount of force used to steal land and subdue resistance, the more one is proud to be part of that resistance. “I loved the snot,” I told her, “I loved the coughing. I loved the inability to breath.”

Then I went back to the drinking and singing.

There was no room for me to stay at the Fauzi Azar, so I ended up sleeping at the neighboring hostel belonging to Abu Said. Abu Said’s is more an actual family home than a proper guest house, as well as a wonderland of local antiques. My roomate was an Irish pilgrim named John, who had spent 12 years of his life in Afghanistan. It was strange to speak about Afghanistan’s troubles while watching Abu Said’s tortoises crawl lazily across the yard. 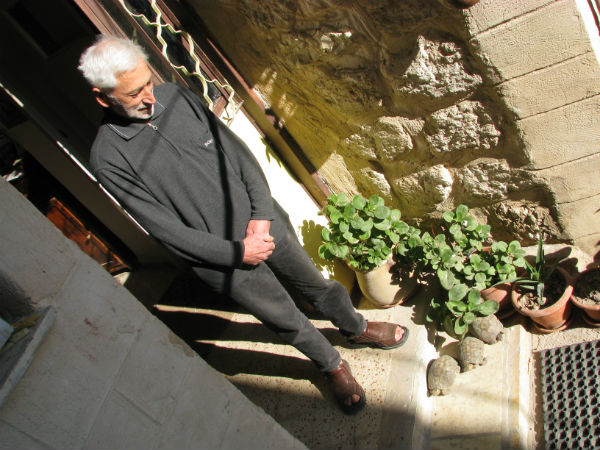 The following morning I hopped in a car rented by two friendly American travelers: Peter and Ian, father and son. There were three of us in the back seat: Anna from Holland, Pina from Germany and myself. We headed for the Sea of Galilee, and visited some of the calmest places on earth: Tabha, Capernahum, and the mount of beatitudes, where Jesus taught: “Blessed are the makers of peace, for they will be called children of God.” 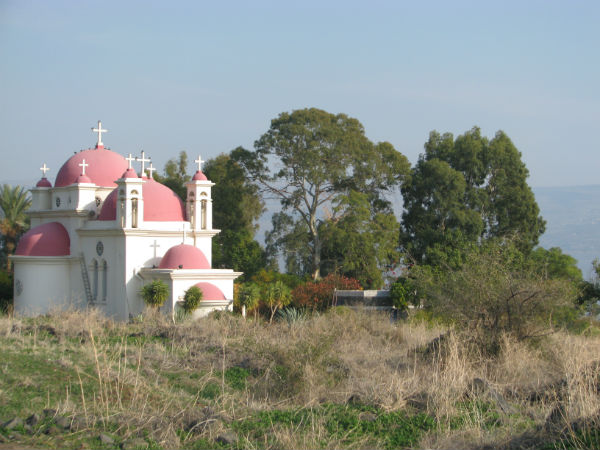 While Peter and Ian went down to touch the water where Jesus once walked, Ruthie and the other demonstrators began advancing towards the spring. They were instantly bombarded by atrocious amounts of tear gas. Not a stone was picked up from the ground when this happened. Canisters were shot all over the place. There was nowhere to run. 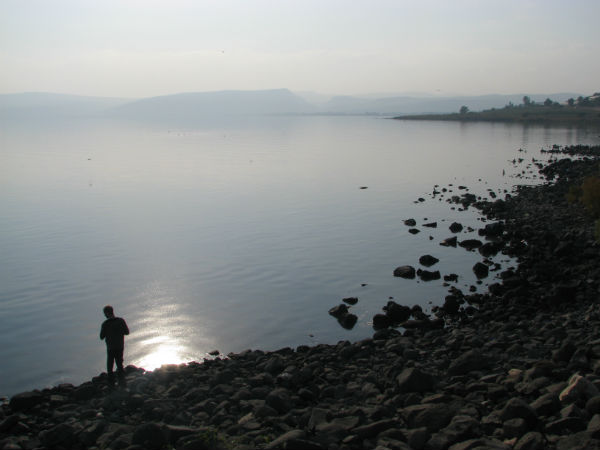 The IDF has been proven to use tear gas past its expiration date. Jawaher Abu Rahma, a woman in Bil’in, died from breathing too much of it. Her brother Bassem died earlier from being hit on the head with a canister. Ruthie put an onion to her nose and tried to calm down.

As the gas was dispersing and she was regaining herself, we ran into a group of chatty and friendly Nigerian pilgrims. I asked one of them, a woman named Lamie, about Christmas traditions in her country. “Oh, we celebrate in a big way,” Lamie said with a huge smile, “We eat a lot, we sing a lot, we go out and see all our friends.” 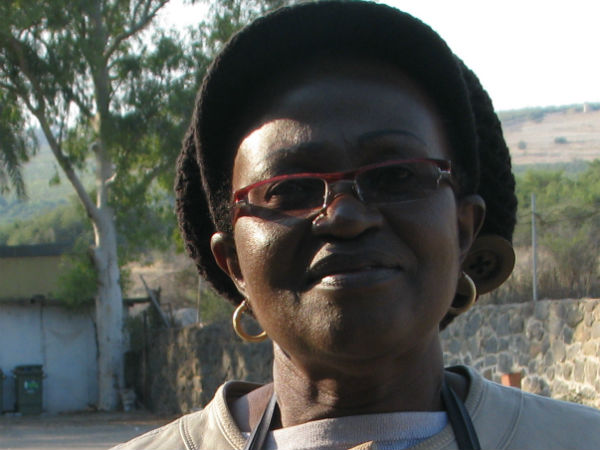 Between ethnic feuds and oil wars, Nigeria is no Luxembourg. This small description of a merry Christmas in a troubled land helped me accept the dissonance between my surroundings and the updates I was getting by text messages. Mine isn’t the only lunatic country where war and peace co-reside. Knowing this made me feel so much less lonely.

We went on up the mountains to the city of Safed, which has been nearly all Jewish since 1948, and which has grown more and more religious since the time of my childhood. I did not expect to find any trace of Christmas here, and was focusing more on communicating with my recovering girl, now headed back for Tel-Aviv, than with exploring. Soon I bid farewell to the happy bunch and went to catch the bus to my next destination.

Christmas was here. At the bus station was a group of students from North India, all studying at Haifa’s Technion. Despite their unquestionable self-identification as Hindu, all four celebrate it and told me of their special traditions, focused primarily around cake-eating. “We celebrate all holidays,” said Akshe, the tallest of the four, “Also the Muslim holidays, the ‘Eid’”.

Northen India is in the region of Jamu and Kashmir, of the Ahmedabad bombings, of the subcontinental armament race. 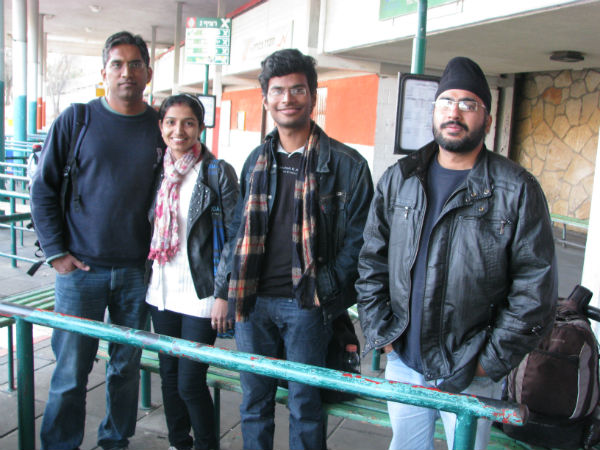 “We study here with Jewish and Muslim Israelis,” said his friend Sandib, “and they don’t seem to develop friendships like that. They do speak to each other, if they need some help with work, for example, but there doesn’t seem to be much more going on.”

It then occurred to me that down in Nabi Saleh, Palestinians have just been demonstrating shoulder-to-shoulder with Israelis, that Israelis were demonstrating shoulder-to-shoulder with the people whom we all grow up to think of as our enemies. What I took for the opposite of peace was in fact the true manifestation of peace. There is no act more befitting the holiday spirit than what Ruthie did, and as the peaceful Shabbat came over Safed, I was more proud of her and more in love with her than ever before. 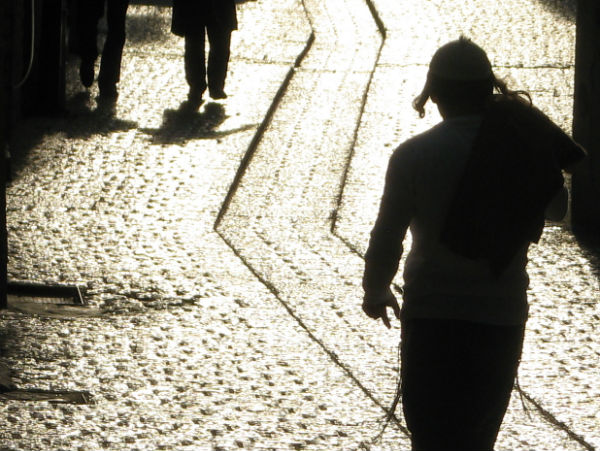