Gideon Spiro, 76, was arrested and released on Monday for what the police considered, apparently groundlessly, to be incitement.

A Tel Aviv Police investigator arrested Monday Gideon Spiro, a veteran leftist activist aged 76, for suspected incitement relating to an article he had written. Spiro was discharged two hours later, after his attorneys – from the office of Michael Sfard – intervened on his behalf.

Spiro, a dedicated writer of letters to judges whose judgment he considers lacking, is no stranger to controversy. One particularly strongly-worded letter led a magistrate judge in the late 1980s to order him to stop sending letters to judges. Spiro, represented by ACRI, appealed to the District Court against this peculiar prohibition, and won. In the meantime, he published his unsent letters in the Jerusalem weekly Kol Hair. 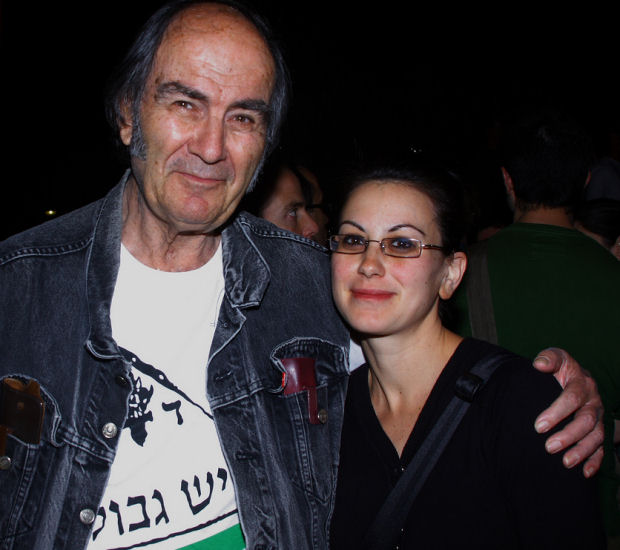 Despite a long career on the radical left, Spiro said in a phone interview that this is his first arrest. The cause is peculiar, to say the least: an article he wrote ten months ago. In the article, Spiro wrote that when settlers carry weapons, they ought to be considered as militiamen and cannot be considered as civilians. He claimed that Israelis ought not to dictate to Palestinians their methods of struggle against the occupation, but strongly emphasized that he supports a non-violent struggle.

Israeli law (144d2b) prohibits “publishing incitement to an act of violence or terrorism, or praise of, support of, or encouragement of an act of violence or terrorism,” but it limits this to cases in which the publication creates a “viable possibility of causing violence or an act of terrorism.” The law is rarely applied; Spiro says this is likely the first arrest made due to an article since the 1950s. Since Spiro wrote in Hebrew, and since Palestinian gunmen do not, as a rule, peruse Hebrew publications, there seems to be little if any “viable possibility of causing violence” as a result of Spiro’s article.

One wonders how, precisely, the police would defend the arrest, when they would have to haul Spiro before a judge. One also wonders just how dangerous the police considered a 76-year-old man. ACRI has criticized the arrest, calling it a violation of Spiro’s rights. Spiro said he is considering suing the police and bringing a personal civil suit against the interrogator who ordered the arrest.

The arrest is particularly glaring, since the police do little, if anything, when actual calls for violence and racism (prohibited by the same law) are published. The rabbis who supported the notorious “Torat Ha’Melech,” which called for the murder of gentile children “if one has reason to suppose they will grow to be as evil as their parents,” were not arrested, and the rabbis who wrote the books were not indicted.

Shmuel Eliahu of Safed, who recently bragged that he managed to make his town a Palestinian-free zone by prohibiting renting apartments to them, was not arrested, much less indicted. This, despite the fact that the attorney general decided not to prosecute him five years ago, for the same charges, on condition of good behavior.

Perhaps those most guilty of incitement are the editors of Ha’Kol Hayehudi (“The Jewish Voice”), a website which praises and promotes pogroms (AKA “price tag” activities) against Palestinians. They are the students of the same rabbis who wrote “Torat Hamelech.” Needless to say, they were neither arrested nor indicted. And these are just samples from the last few months.

Cynically, Spiro said that if he were a rabbi, he could just ignore the summons from the police. One cannot escape the feeling that Spiro was arrested because the police consider possible incitement against Jews to be essentially more criminal than actual incitement against non-Jews. Spiro himself considers that to be yet another case of the police siding with the settlers.