You thought Palestinians throw stones because of the occupation? Think again. 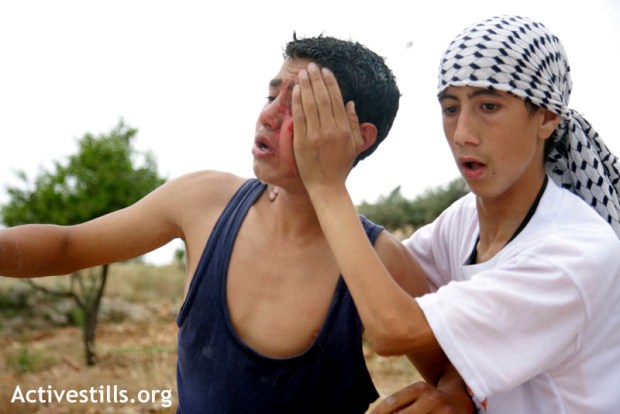 A young Palestinian is seen injured during a protest against the wall in Bil’in, April 2004 (photo: Anne Paq/Activestills)

The New York Times on Sunday published one of its most out-of-context items from the West Bank in recent years – and it has published many of them. The piece consists of a study of “the culture of stone-throwing,” which apparently has become part of Palestinian life, in the same way that Friday dinners are part of Jewish life or Sunday walks in Central Park are part of New York life.

The head of the paper’s Jerusalem bureau, Jodi Rudoren (who has written decent pieces in the past), traveled to the village of Beit Ommar (north of Hebron), where soldiers and settlers are being repeatedly attacked by stones for some unknown reason. In an effort to unveil the mystery, she meets a local settler who explains how bad things have gotten. “It’s crazy: I’m going to get pizza, and I’m driving through a war zone,” she is quoted as saying. On Thursday, some settlers were forced to shoot the natives on this very same road. How unpleasant!

After talking to some locals, the author manages to get to the heart of the matter:

The youths, and their parents, say they are provoked by the situation: soldiers stationed at the village entrance, settlers tending trees beyond. They throw because there is little else to do in Beit Ommar — no pool or cinema, no music lessons after school, no part-time jobs other than peddling produce along the road. They do it because their brothers and fathers did.

This pseudo-anthropological investigation into the character and customs of the natives goes on with hardly any reference to the political realities, except for a brief mention of a Palestinian claim that nearby settlements took one-third of the village’s land (note this same subjective tone in the quote above). The word occupation doesn’t appear in the piece (a quote from a Palestinian – “they occupy us” – is as far as it gets), nor does “resistance.” Stone throwing, the author explains, is aimed against “Israel” as a whole.

“Children have hobbies, and my hobby is throwing stones,” a Palestinian teen is quoted as saying in a statement that Rudoren takes at face value. Apparently, confronting the Middle East’s strongest army, getting arrested and occasionally being shot to death is a local Arab tradition, formed in the desert due to a shortage in swimming pools and piano lessons, and then passed on from father to son. The whole report actually reads like a letter from India or Africa by a 19th century British correspondent – colorful and strong on details, with a touch of “human tragedy,” yet totally missing the story.

How could such pieces be written by such smart people, again and again? I’d like to offer some of my own anthropological ideas.

The typical New York Times reporter is totally embedded in Israeli society. Many of his or her friends are Israeli, their kids go to Israeli schools (the previous correspondent’s son joined the army), and it is quite natural for him or her to view reality through Israeli eyes, which is blind to the ongoing violence that Palestinians are subjected to. Therefore, these correspondents often find Palestinian behavior puzzling or foolish. (Rudoren explains that confronting army vehicles with stones is “futile.”)

Had Rudoren lived in a Palestinian village or town, she would have felt, among other things, the effects of the checkpoints, the limits on freedom of movement, the price tag attacks, the military courts, the limited access to water, the despair and all other elements (none of which appear in her piece) that are a direct product of the occupation. She probably wouldn’t have treated the confiscation of village land by the settlement as a “claim” any more that she would have done so for a rocket falling on Sderot. More than anything, she would have realized that Palestinians live in a war zone everyday of their lives, and not just when they drive to buy pizza. Thus, their behavior would have made sense to her in such a context. Maybe then she would have raised other questions about the unnatural and grotesque reality on the ground, rather than dismiss efforts to change it. (The notion that unarmed resistance to the occupation is futile is factually incorrect, but that’s another story.)

It is no surprise that when a New York Times reporter actually lived with Palestinians for a while, he came out with an entirely different piece. But this was an exception, as was the work of a former Times’ reporter in Gaza, whose reasons for leaving her post had to do with some of the issues discussed above. The heart of the Times‘ coverage – especially in the news pages – is done from an Israeli perspective, and even when the occupation is criticized, it is done by using the tone, language and arguments of the Israeli opposition. The Palestinians are kept as the object of the story – they are analyzed, their interests are explained by the author, and even when they are quoted, they are denied their own voice. 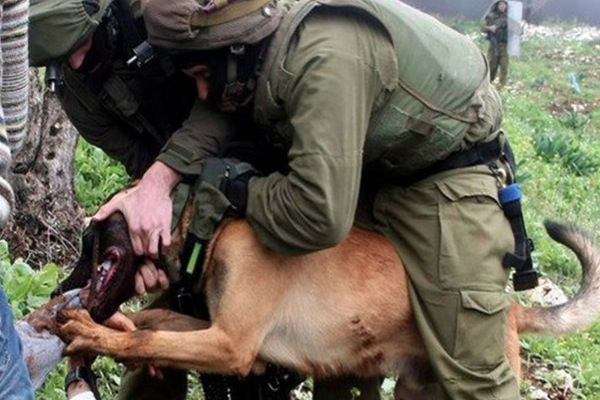 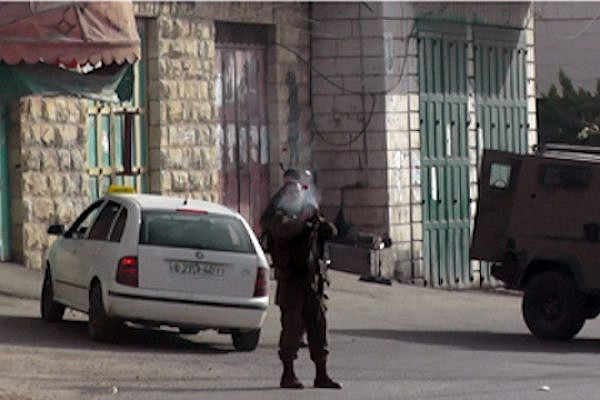 WATCH: IDF officer fires tear gas directly at photographer
A video shot in the West Bank town of Beit Ummar last Wednesday shows an IDF officer shooting a tear gas canister directly at a volunteer videographer from human rights organization B’Tselem. The images were captured during a protest in the small town, north of Hebron. Stones were thrown at an army vehicle; soldiers shot…
By Noam Sheizaf December 2, 2013 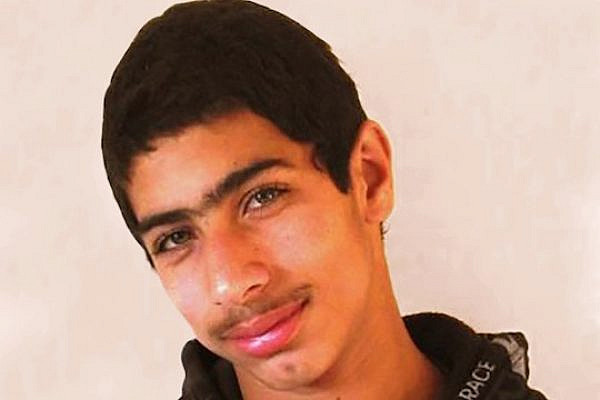 Why did prosecutors sit on a Palestinian boy’s killing for 14 months?
Yusuf Fahri Mussa Ahleil, aged 16, was shot and killed on January 28, 2011, probably by a settler. The state took 14 months to appoint a prosecutor to the case. By Yesh Din, written by Yossi Gurvitz Many of Yesh Din’s posts in this blog deal with the incompetence of Israeli police investigations, and it’s…
By +972 Magazine November 24, 2013