The writer, a resident of East Jerusalem, does not favor a two-state solution, but the joint demonstration did leave him hopeful that Palestinians and Israelis can work together for a better future. 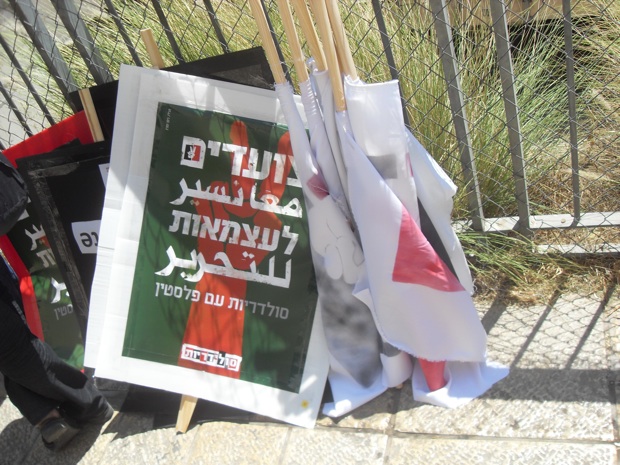 Less than a week ago, I started reading on Twitter that there will be a large demonstration organized by Israeli Leftwing activists in Jerusalem protesting the new Boycott Bill and Israeli occupation of Palestinian Occupied Territories. I expected that activists will challenge the anti-Boycott law and chant for BDS or call for Settlement boycott as well as chanting for a Palestinian state, I was wrong. It turned out to be a march organized by Zionist leftists calling for a legitimate Palestinian state next to the state of Israel. I just lost all motives that would make me want to attend that demonstrations, but I eventually did, only as an observer and not a participant.

I am extremely critical of Zionism and I dislike the Two-State Solution for many reasons which I have mentioned in a previous article which you could take a look at here.  I believe the one and only proper eternal solution for this conflict is one democratic secular state, it is not going to happen by Palestinians’ effort alone, nor Israelis’ effort alone, it will happen when Palestinians and Israelis decide to join hands to fight for the right to live together equally on this land. The West Bank, Syria, Jordan, Gaza, Lebanon… are not homes for Palestinians who were expelled from their homes in 1948, they deserve the right to live in their lands and enjoy equality.

Something that is worth mentioning is, as Ali Abunimah noted on his twitter, that the event official poster was slightly misleading. It was written in Arabic and Hebrew. Hebrew title said “We March for Independence” and the Arabic title said “We March for Liberation” معا نسير للتحرير. As I already said, this could be misleading, two different things, it should have said “Marching for Independence” too in Arabic rather than “Liberation” if liberation isn’t what they really seek.

I decided to attend this demonstration as an observer because I believed in the goodness of their short-term goals standing in solidarity with Palestinians living in threatened East Jerusalem neighborhoods like Shekh Jarrah, Silwan, Ras al-Amoud, A-Tur, and others and of course against illegal West Bank settlements. I decided to overlook the actual purpose they decided to march through the streets of Jerusalem. I simply despised the idea that many people there carried posters saying “Two People, Two States, One Future” That is an oxymoron. Three quarters of the Palestinian citizens in Gaza are refugees expelled from their homes back in 1948, and similar is the case in the West Bank. How would two separated peoples each living on a side of a border holding hostility to each other would have one future? If they reconcile they’d live together, or the idea of one future would be out of reach.

While heading to the demonstration, I was lucky to meet an Italian guy who was active with Solidarity Sheikh Jarrah group, I began conversing with him on the background of this demonstration and why is he attending. His words actually gave me hope. He is not a Zionist, and he does believe one day those anti-occupation activists will refuse the idea of political Zionism. He said it would take them a while, maybe decades, but just as they became anti-occupation in few years, this generation can become the hope for a peaceful futuristic one Palestine-Israel state. “Everything positive starts from demonstrations like this” he said, and I appreciated that. I believe what he is saying is true. 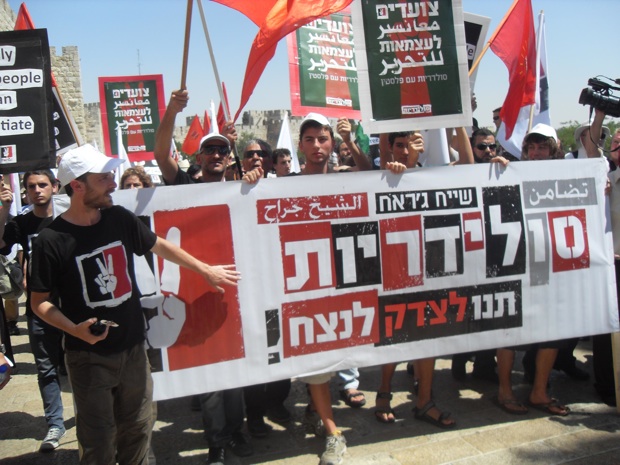 There was one other guy who caught my attention at this demonstration, he was carrying a placard saying “I love Arabs” in Hebrew. I immediately came up to him and asked him what his views were; he simply said “I don’t care about solutions.” Men like him, who put extreme religion and politics aside and focuses on humanitarian aspects, are men who keep me hopeful. We have seen enough misery and destruction caused by extremism, time to accept each other as humans and separate each other even more. 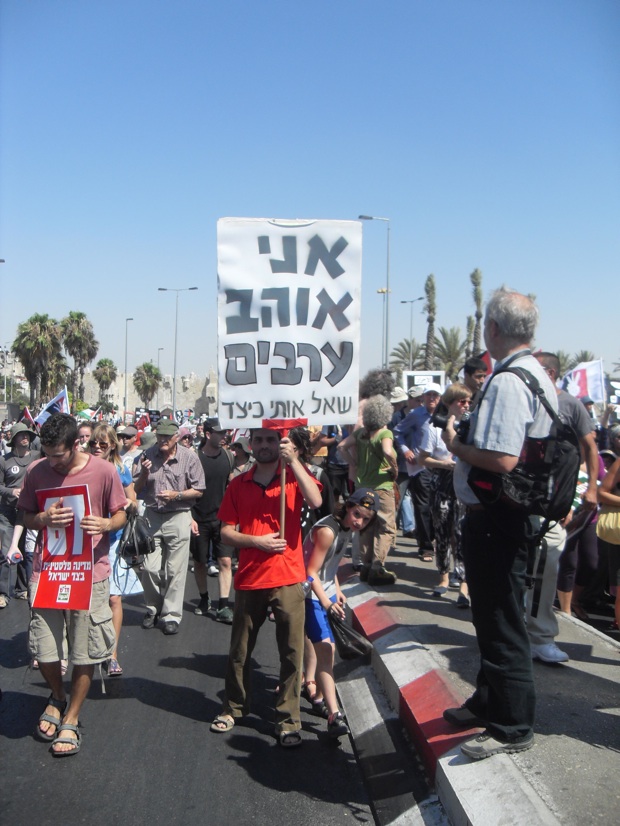 Although I was not officially participating in the demonstration, I was extremely happy that thousands of Israelis actually showed up for this march, from this point anything is possible. Hopefully the one state vision spreads between Israeli youth as well as Palestinian youth, because we have seen enough today to prove that youth are capable of achieving what no one else could. 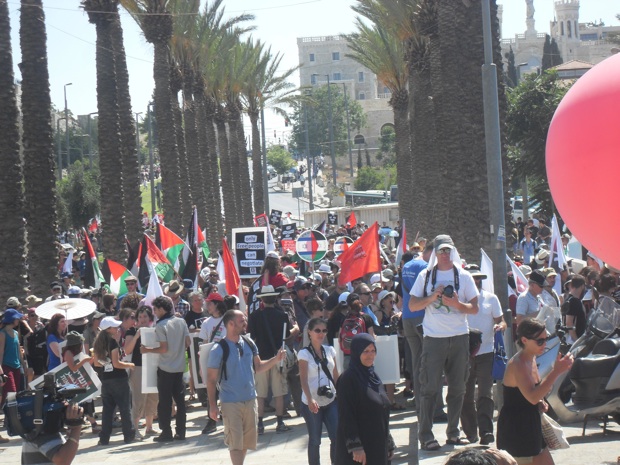 As for a different matter, the organizers of this march hoped they could achieve a joint-struggle title where Palestinians and Israelis together would march for the same cause. It was a success, but not on the scale expected. Palestinians did join the march, and for the matter of fact, many Palestinians led a majority of the chants at the march. But I believe most of those Palestinians were marching for the sake of their threatened homes in East Jerusalem neighborhoods, therefore serving short-term aims of the march to put a stop to the ethnic cleansing of Arab Jerusalemites, and not to call for an independent state in the West Bank and Gaza.

Some may call me naïve, but I assure you I am not. These views are not of mine alone, they’re shared by a majority of Palestinians and many Israelis as well. This phrase is one of my favorites as it holds a true meaning, “If we can’t live together, we will die alone.” 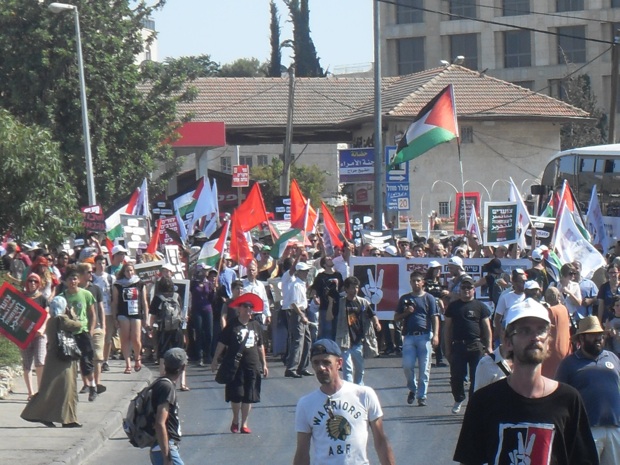 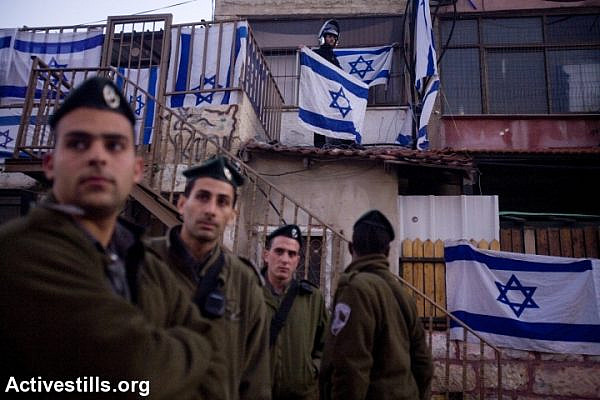