In a diplomatic surprise, the Palestinians have threatened to turn to the International Criminal Court if no date is set for a withdrawal to the 1967 borders – a move that +972 writers predicted more than a year ago.

The PLO will demand that the UN Security Council announce a deadline for Israel to withdraw from the West Bank, to the 1967 ceasefire lines, reported Haaretz today. Ma’an News Agency writes that Nabil Shaath, a senior Fatah figure and veteran negotiator, has said the bid will be submitted on September 15, 2014. If it is not accepted, he told Ma’an that the PLO will continue with long-rumored plans to pursue accession to the International Criminal Court (Rome Statute), so that it can bring claims against Israel’s actions in Gaza.

With every other attempt to shake off Israel’s military rule proving futile, the idea of a simple ultimatum for withdrawal – with or without an agreement – ought not to come as a surprise. In fact, Noam Sheizaf and I not only predicted it, we advocated it over a year ago. 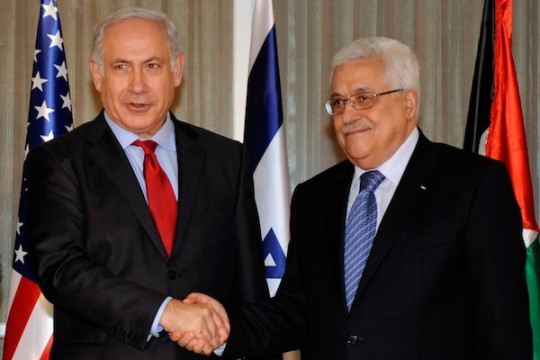 The move marks the third time in four years that the Palestinians have undertaken a major diplomatic effort for statehood in the 1967 territory. In 2011 Palestinian President Mahmoud Abbas called for UN membership, and submitted a bid to the General Assembly, but a vote was never held due to the certainty of a Security Council veto. In late 2012 a vote was finally held in the General Assembly. It passed, granting Palestine the status of non-member observer state in the UN, but made little difference on the ground.

Two further diplomatic attempts to achieve statehood and recognition happened before and after those: In 1988 the PLO first declared its independence along the 1967 ceasefire lines. That marked a major shift away from Fatah rhetoric, which up to then called for a single state from the river to the sea. Most recently, as the Kerry-led negotiations were falling apart, Abbas advanced applications and acceded to a number of international treaties and organizations to make statehood more meaningful on the international level.

The current move is, therefore, an extension of decades of Palestinian diplomatic action to end Israeli military rule. It may be partly designed to remind the world that the Palestinians have employed, and continue to draw on, numerous non-violent, as opposed to military strategies – including diplomacy, but also grassroots demonstrations and boycotts.

It is also a sign to the Palestinian people that Fatah still distinguishes itself from Hamas as the party of political rather than military means. Fatah may be hoping to capitalize on any Palestinian anger at Hamas for the destruction caused by the Gaza war, though it’s not clear how much there is.

Such action also speaks directly to Israel. It implies that joining the ICC and seeking indictments for top Israeli officials is not inevitable. Rather, Fatah is using the idea in an agenda-setting way: accept a deadline, and we will take away the stick of international court proceedings. It is a clever strategy: Either option advances the Palestinian cause; either one will be a painful blow – even if they remain headlines more than reality – to Israel.

Fatah is also taking a risk. The 2011 UN bid was underwhelming for the Palestinian people; even back then some thought the UN route was Fatah’s “last chance” for credibility at home. The second in 2012 was a happy moment but failed to make a dent in the occupation. Another such bust could lose what little residual faith Palestinians still have in Fatah.

However, Hamas is reportedly already considering backing the Fatah-led attempt to join the ICC. Should Hamas back the demand for a UN-decreed deadline, it could put Fatah back in a significant leadership role – at home, and abroad.

BECOME A MEMBER
More About 1967 borders 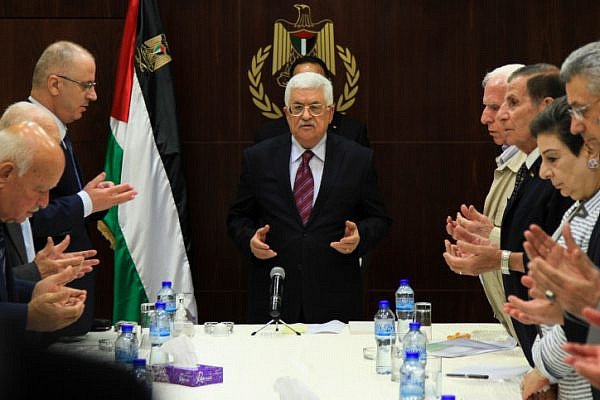 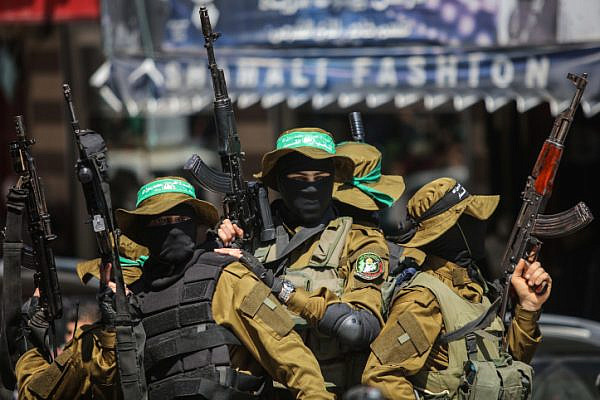 Religion out, nationalism in: Will Hamas’ charter divide the movement?
Hamas new 'Document of Principles' ditches Islamism for frank positions on borders, international law, and human rights. But can the movement maintain unity as it inches closer to the ideas held by its rivals in the PLO?
By Menachem Klein May 14, 2017