Ten photos from Gaza — of survivors and the devastated urban landscape seven months after the last Israeli offensive.

This week marks seven months since Israel’s war in Gaza last summer, “Operation Defensive Edge.” During the course of the war, over 2,200 Palestinians were killed. Tens of thousands are still homeless due to Israeli strikes. Almost no reconstruction has taken place because of Israeli and Egyptian restrictions on the import of raw materials into the Strip.

The following are images from the Gaza Strip in the past week, March 17-25, 2015, showing the destruction, the lives of survivors, memories of the dead and daily life in the besieged strip of land. 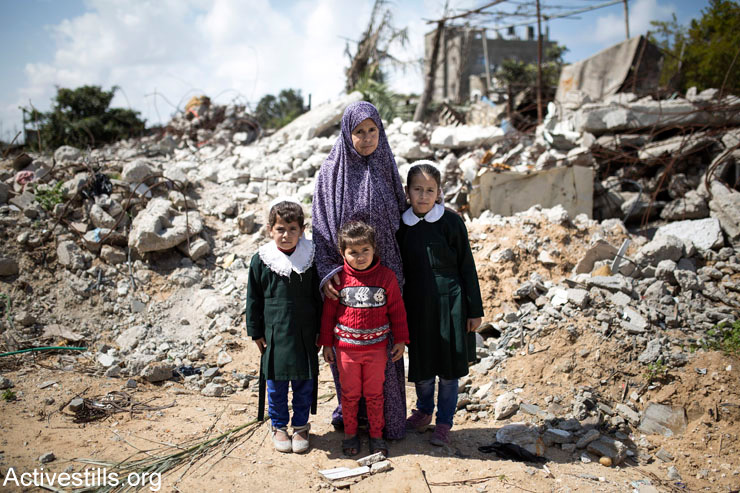 Elizabeth Tanboura stands with three of her daughters: Sundos, Malak, and Marwa (right), in front of their destroyed home in Beit Lahiya, Gaza Strip, March 19, 2015. Elizabth’s husband, Radad, and their children Ahmed (15) and Amna (13), were killed during an Israeli attack on August 25, 2014. Two other boys survived because they were not in the house at the time of the attack. 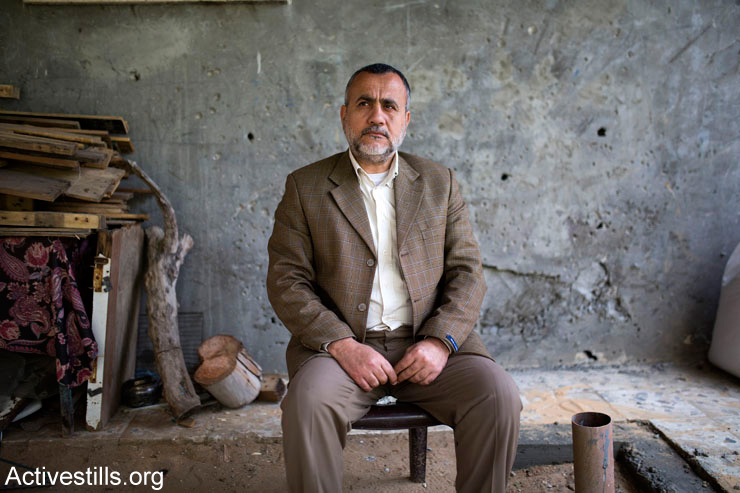 Issam Joudeh sits where an Israeli attack killed four of his children and his wife in the Tel Al-Za’tar neighborhood of Jabaliya, Gaza Strip, March 19, 2015. Israeli forces attacked the yard of the family’s home without any warning on August 24, 2014. Three children survived, one of them Thae’er had his leg amputated and is still in Germany where he is receiving medical treatment. 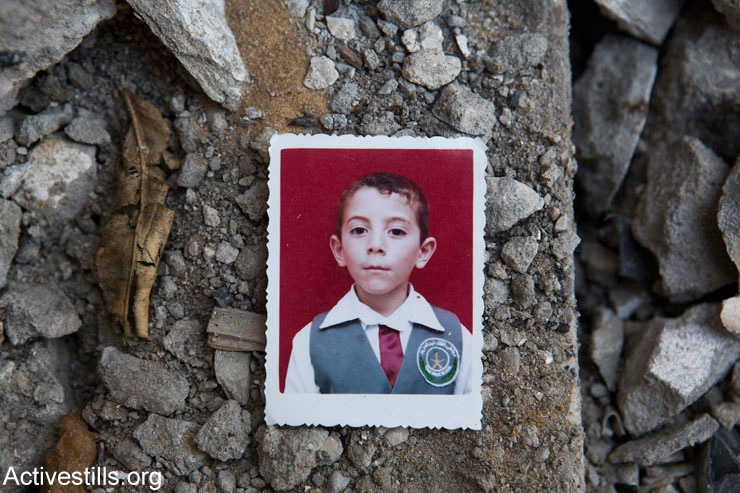 A photo of Abdallah Abdel Hadi Al Majdalawi amid the ruins of his home, Gaza Strip, March 19, 2015. Abdallah (13) was killed alongside his brother Abdelrazek (19) and his cousins Rawan (9) and Mahmoud (8), by an Israeli attack which took place without any warning on August 3, 2014. The attack also destroyed the adjacent home of Ahmed Al Majdalawi. 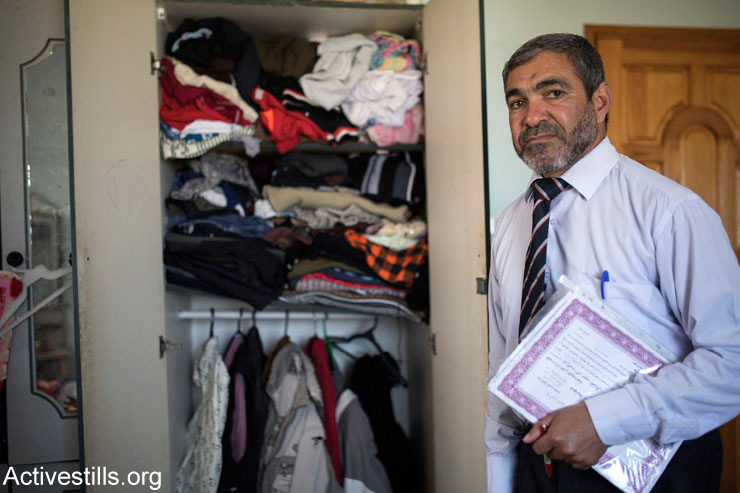 Ahmed al-Nashash, 50, stands in front of a closet that still contains clothes belonging to his sons, who were killed during the last Israeli offensive, Rafah City, Gaza Strip, March 18, 2015. The al-Nashash family was fleeing attacks on July 27, 2014, when they were struck by an Israeli missile some 100 meters from their home. Seven members of the family were killed, including his wife of Ahmad, Hana (45), and their five sons. Two of his daughters, Meena (4) and Fatma (2) survived. 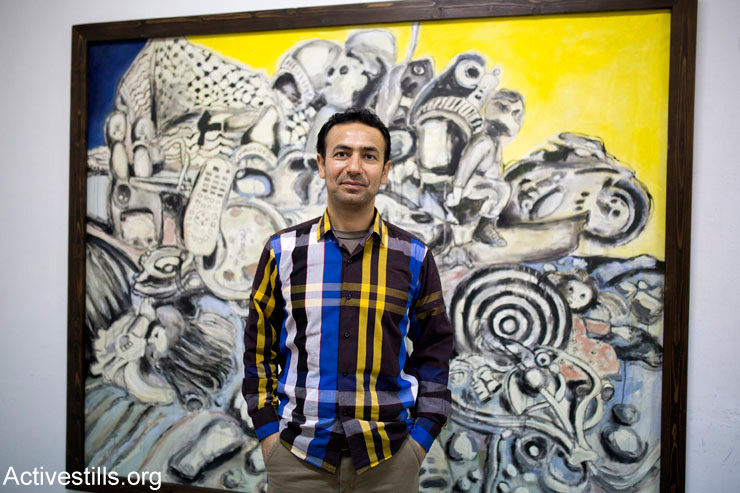 Gaza Strip artist Raed Issa during the opening of his exhibition, “Simple Dreams,” in the Eltiqua Gallery in Gaza City, March 23, 2015. The exhibit included some of his destroyed paintings that he salvaged from the ruins of his home. Issa’s home, which included his studio, was destroyed by an Israeli attack last summer. Raed lost many paintings and art materials. 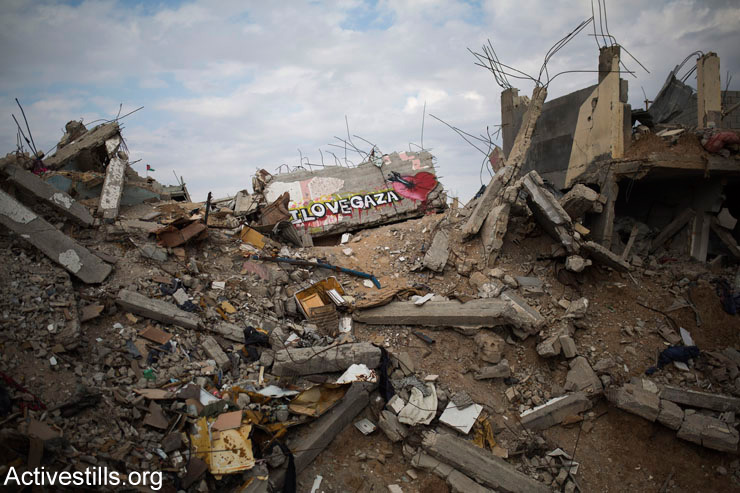 Graffiti is seen in on rubble in the destroyed quarter of Shujaiya, east of Gaza City, March 21, 2015. The rubble is being recycled to produce low quality concrete. 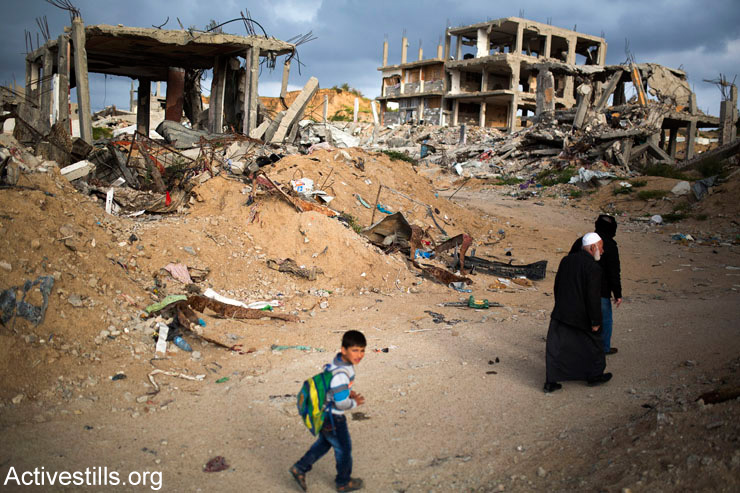 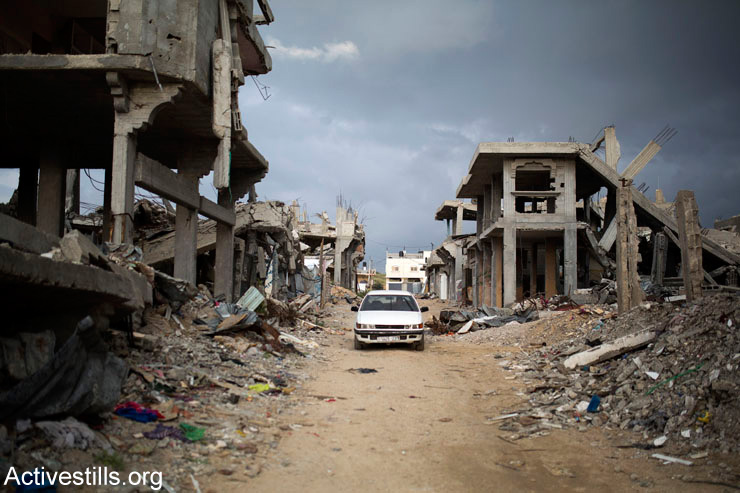 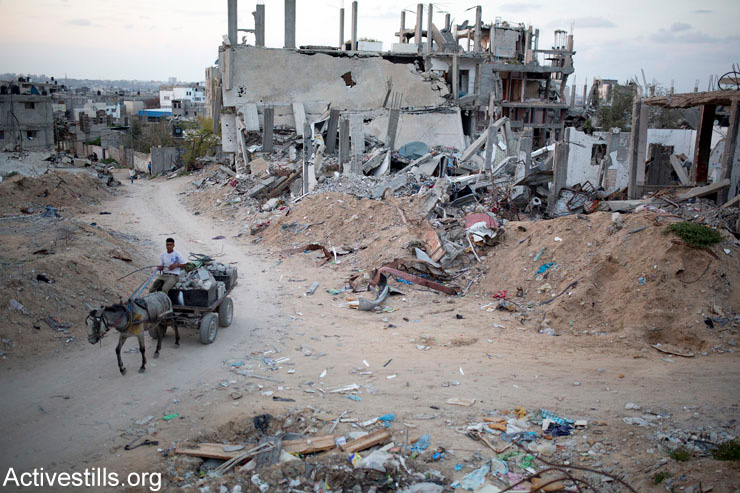 A Palestinian removes rubble from a destroyed quarter of Al Shaaf area, in Al Tuffah, east of Gaza City, March 21, 2015. The rubble is then recycled to produce low quality concrete for reconstruction. 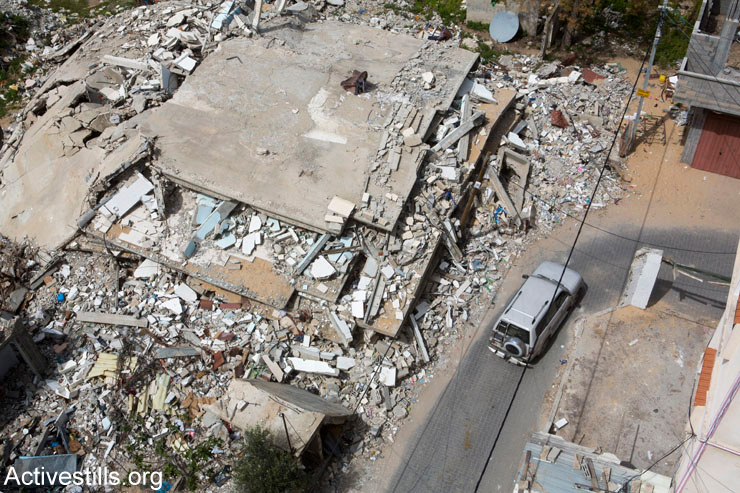 The ruins of a four-story building belonging Abdul Jawad Mheesin, which was destroyed during the last Israeli military offensive, Gaza Strip, March 25, 2015. The attack killed Nisreen Ahmad (38) and her son Hussein (8), who were living in the adjacent home, as well as Suheir Abu Meddin (43), who was living in the tower and went back inside to take some belongings minutes after a warning missile was fired.
Get Our Weekly Newsletter