He needs the world to win independence for his nation, and in the eyes of the world, Hamas, with whom he just joined forces, is anathema.

I’m truly hoping that there’s some deep strategic genius on Mahmoud Abbas’ part that I’m missing here, because I keep turning it around and I can’t escape the impression that he has shot the cause of Palestinian independence in the foot by signing a reconciliation agreement with Hamas. And just when the Palestinians seemed ready to go on the march.

The world, including even Washington, blames Israel for the failure of the Kerry peace talks, which means that after their allotted time runs out on April 29, Abbas can go to the UN and turn the world more and more strongly against the occupation, which would set off a chain reaction of international sanctions and boycotts – everybody sees this, everybody is warning Israel about it. But now Abbas has gone and joined forces with Hamas, which has a terrible image in the world – one that’s entirely deserved. If Hamas were to recognize Israel and endorse the two-state solution and agree to land swaps on the West Bank and to compromise on the right of return, as Abbas and the Palestinian Authority have done, then Abbas would have co-opted Hamas in Wednesday’s unity deal, he would have dragged it into moderation, he would have achieved a great coup and would deserve the Nobel Peace Prize.

But does anyone believe that that’s what Hamas is going to do – in other words commit political and, in their eyes, moral, suicide? No, Hamas is going to remain more or less Hamas, a militant Islamist outfit with violently anti-Semitic language in its charter. In terms of winning international support for a Palestinian state alongside Israel, which remains Abbas’ goal, Hamas is an albatross on his back. It’s not just the U.S. which demands that Hamas change its spots as the price of recognition, it’s also the European Union, the United Nations and Russia – the rest of the Mideast Quartet – which Abbas obviously needs in his corner. He had them, too, until Wednesday afternoon when the deal with Hamas was struck – but now? 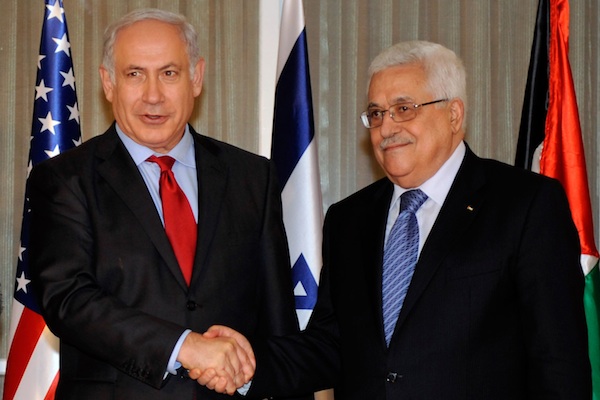 I dread the thought of what Bibi Netanyahu and his movement are going to do with this. I’m getting a lousy feeling.

Why did Abbas do it? For Palestinian unity? Great. There’s been no Palestinian unity for seven years; he couldn’t have waited until he won some victories in the international arena, until he gathered some momentum so maybe he could knock over Hamas in Gaza and unify the Palestinians behind something good?

Maybe Abbas thinks unity with Hamas is, in the words of a Palestinian official quoted by Haaretz, a “retort to all those in Israel who said peace is impossible as long as the Palestinian Authority does not control the Strip.” But if the idea is to take away one of Israel’s talking points, bringing in Hamas is not the way to do it. And if Abbas’ intention is to speak to the world on behalf of the West Bank and Gaza instead of just the West Bank, again, he has a much better chance of getting the world on his side at the start without being weighed down by Hamas. Gaza can wait; the world won’t.

Or maybe, at 79, Abbas is getting ready to pass the baton to a new leadership in Ramallah, and he wants to leave this unity behind; maybe this is his idea of a legacy. If that’s so, I just think he’s making a huge error in his choice of legacies. Even the Palestinian public, which wants Fatah-Hamas reconciliation very badly, isn’t impressed by this deal, according to Amira Hass.

By rights, the unity pact with Hamas, or the beginning of one, should not compromise the Palestinians’ case for independence, which is impeccable. By rights, the world should say, “Let’s go on dealing with Abbas, and so long as Hamas doesn’t interfere with him, it doesn’t interfere with us.” By rights, though, the world should sanction Israel until it ends the blockade of Gaza and starts dismantling the occupation of the West Bank – but the world does not operate according to right. In the world as it is, the Palestinians are very, very weak, and they need international support, most of all from the West, to win their freedom. In the eyes of the world, especially the West, Hamas is anathema – yet that’s what Abbas and the Palestinians have attached themselves to. And just when the world was beckoning to them.

Ever since hearing the news of this deal yesterday, I’ve been trying to find the positive side of it for the Palestinians’ movement for independence, which, as far as I’m concerned, is congruent with Israel’s movement for decency. But finally I just don’t see it; what I see is a grave miscalculation. I’ve been wrong plenty of times in my opinions, and I’ve admitted as much plenty of times, too. I’d very much like this to be one of those times.

Before you go…
A lot of work goes into creating articles like the one you just read. +972 Magazine is nonprofit journalism, owned by many of our writers, editors, and journalists. In order to safeguard that independent voice, we are proud to count you, our readers, as our most important supporters. With your support, we can keep +972 Magazine a strong, independent, and sustainable force helping push the global discourse on Israel/Palestine.
DONATE
More About Israeli-Palestinian peace talks 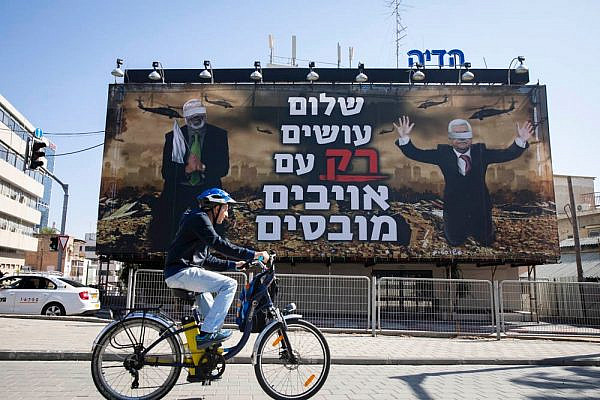 Weekly Notebook: On Bibi’s lies, BDS, reality shows, and more
New feature: A selection of Larry Derfner’s sociopolitical outbursts on Facebook (and one email) for the week ending Saturday, April 5.    WHAT HAVE THEY DONE FOR US LATELY? FB reaction to commenter who asks, “What have the Palestinians done to advance peace recently?” (Sunday, March 30): Close, daily security cooperation with the IDF and…
By Larry Derfner April 6, 2014 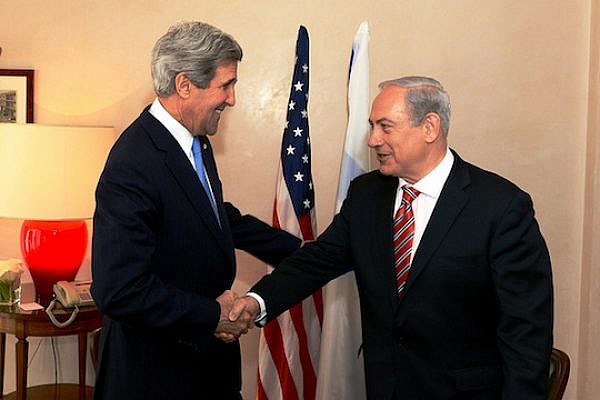 U.S. ‘security plan’: Another decisive cave-in to Netanyahu
Once again, the Obama administration hangs Abbas and the Palestinian Authority out to dry.  Halfway through the scheduled nine-month Israeli-Palestinian peace talks, there’s been a break in the action, or rather the inaction: the Obama administration, once again, has sought to end the deadlock by backing Netanyahu’s illegitimate demands and hanging the Palestinians out to…
By Larry Derfner December 8, 2013