Israeli authorities deployed hundreds of police officers to arrest and deport pro-Palestinian visitors. The Minister of Tourism announced that “good tourists” will be greeted with flowers 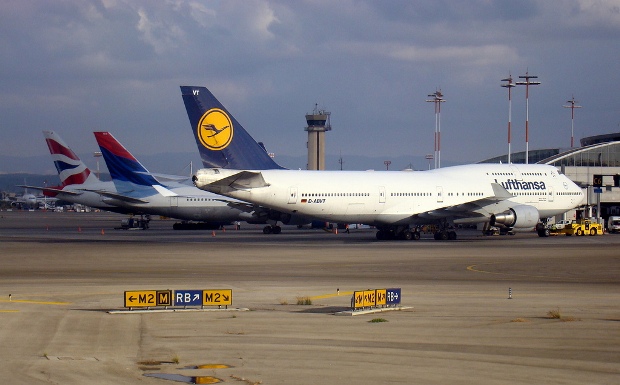 Panic. There is no other way to describe the Israeli reaction to a plan organized by a few activists—no more than a thousand, according to the most generous estimates—to try and travel to the West Bank via Ben Gurion International Airport. A handful of those visitors arrived  (five of them have already been deported), and it seems that the whole country has gone mad.

Haaretz has reported a special deployment of hundreds of police officers and special units both inside and outside the terminals, “in case one of the arrivals tries to set himself on fire.” The Petach Tikva court, in charge of the airport area, is to have more arrest judges on alert, and the minister for Hasbara (propaganda) Yuli Edelstein demanded that the government take no chances, “because we should remember what happened on 9/11.”

All this, lets not forget, in order to welcome between a few dozen to a few hundred Westerners (most of them quite old, according to reports), who would arrive on separate flights and on different hours, who went through extensive security checks before boarding their planes, and who openly declared their intentions to visit the Palestinian territories. This is the national threat that has captured all the headlines for some days now in a country armed with one of the strongest armies in the world as well as an extensive arsenal of nuclear bombs.

While events at the airport are more absurd than tragic (there is a torrent of jokes on twitter about this, like: “attention all units, attention all units, a Swedish woman is now getting off flight 465”, or “security personnel have been ordered to report all those not singing ‘Heve’nu Shalom’ at landing”), one cannot watch the government’s handling of this situation and not question the judgment of Israeli decision makers, or wonder about the things they are capable of doing if and when they sense a more substantial threat. One of the sole voices of reason was Yedioth’s Eitan Haber, former secretary of Prime Minister Rabin, whose commentary today had the title: “We simply lost it” (“ירדנו מהפסים”).

The lunacy started at the top. Earlier this week, Netanyahu’s office has released a statement saying that the “welcome to Palestine” campaign “is part of a continuing effort to undermine Israel’s right to exist.” This call for action was supposed to have expired long ago from over use (I wonder what doesn’t constitute, in Netanyahu’s eyes “an effort to undermine Israel’s right to exist?”), but it did spark the desired result in the government. Internal Security Minister Itzhak Aharonowitz (Israel Beitenu) has put his forces on high alert, promising “not to let the hooligans enter Israel,” and senior police officers promised “harsh treatment” for those who will manage to board their flights to Tel Aviv.

The real nugget was revealed today, when Tourism minister Stas Misezhnikov sent his people to the airport to hand flowers to those arrivals that are not planning to travel to the West Bank. “Handcuffs to the activists, flowers to the tourists,” one of the headlines read. The tourism office, it was reported, fears that arrivals to Israel will “meet unpleasant sights of riots and arrests.”

“My office will welcome [“normal”] tourists in a respectful way that will convey the message that Israel is asafe, advanced and attractive place to visit,” Minister Mazesnikow told the press. His statement would have seemed to invoke the practices of the Soviet regime, if I weren’t sure that Mazesnikow, an immigrant from the former Soviet Union, knew better.

There is a deeper point to make here: By dividing the tourists to “evil” ones and to “good” and “honest” ones, according to their political motivation and their views on the Palestinian issue, Israel is confirming the logic of the BDS movement – that any business or contact with Israel is political, and probably serves Israeli policy. Much in the way the Israeli Foreign Ministry promotes on its Facebook wall articles on artists who plan to visit Israel next to pieces denouncing the Palestinians, the tourism office now views every visit to the county, whether for business, religious or personal reasons, as a sign of support in the face of “an effort to undermine our existence.”

In recent days, government officials have made a single talking point regarding the “Welcome to Palestine” campaign: that every country has the right do defend its sovereignty. If the United States, France and Japan can reject people from entering their territory without bothering to cite their reasons, why can’t Israel? Yet these are the same people who on any other week of the year deny even the term “occupation”, claiming that since the Oslo agreement, “Palestinians control their own lives.” PR people and supporters of the Israeli government repeat this idea all the time, and while everyone familiar with the reality in the West Bank knows that the Palestinian Authority has more or less the authority of a local US municipality, it is always surprising how widespread is the notion that Israel has effectively removed its control from the territories.

Here, for example, is a quote the glossary section in the internet site of the Propaganda organization “Stand with US”

This is Morton Klein, head of Zionist of America, in often-cited 2002 article titled “There is no Occupation“:

Following the signing of the Oslo accords, the Israelis withdrew from nearly half of the territories, including the cities where 98.5% of Palestinian Arabs reside. The notion that the Palestinian Arabs are living under “Israeli occupation” is simply false. The areas from which Israel has not withdrawn are virtually uninhabited, except for the 2% where Israelis reside.

And this is another mouthpiece for the occupation, Washington Post’s blogger Jennifer Rubin:

Now ninety-five percent of Palestinians are under the jurisdiction of the PA, which is responsible for everything from local police to schools. Israel’s official interaction with West Bank Palestinians is limited to intelligence gathering and extraction of terrorists.

The Welcome to Palestine campaign was meant to prove that not only did Israel never remove its control from the Palestinians, but also that the West Bank is effectively under an Israeli blockade. Every person and all good entering the Palestinian Authority must be cleared first by Israel. Some might argue that this is a legitimate security precaution, but the history of this policy proves that security concerns are not the factor determining whether people receive permission to enter or leave the West Bank; rather, the determining factor is the political need to maintain the occupation. Two high profile recent cases were that of Prof. Noam Chomsky and a Spanish Clown, both of whom were denied entry for their support of Palestinian independence, but these kind of things happen on a daily basis.

Considering all this, it’s clear that even before a dozen activists landed here, the “Welcome to Palestine” campaign won the day. Israel has played its part perfectly, spreading threats and promising to immediately deport anyone who stated his intention to visit the West Bank or cited a political motivation for his travel. Israel has even prevented a couple of Dutch pro-Palestinian journalists from boarding an El-Al flight, perhaps fearing that they might report something Jerusalem won’t like.

When the first news items on the “air flotilla” appeared in the Hebrew media, some of Israelis wondered in comments why the activists didn’t enter the West Bank through the crossing point at the Jordanian border, believing it to be controlled by the Palestinians themselves. The myth of the Oslo withdrawal was so successful, that even some Israelis took it as a fact.

After a week of headlines on the activists’ invasion, everybody knows that even more than Gaza—which can be entered through Rafah, where there is no Israeli presence—the West Bank is under an Israeli blockade.