An assertive Palestinian diplomatic strategy exposes the obsolete nature of America’s foreign policy with relation to the Middle East. Eyal Clyne argues that the US is increasingly isolated and faces worse if it fails to provide more support to the future Palestinian state.

The anticipated American veto of the vote to admit Palestine as a full member of the UN is not surprising. Since 1972, the US has vetoed 80 resolutions of the Security Council; almost 54% of those vetoes have been in defence of Israeli interests (mostly countering resolutions condemning settlements, and investigations of Israel’s violations of international law and human rights). Over the past ten years the portion of America’s vetoes spent defending Israel grew to over 90% (10 of 11 since 2001).

The Palestinians are not blind to the one-sided support and financing of their occupier. Last year, the Ramallah leadership came to realize who its real opponents are, and decided to expose them, hoping for a less biased broker. The US has been twisting the Palestinian arm for so long that it broke, and now there’s nothing for America to bend anymore. The Palestinians, in turn, feeling they have nothing to lose, decided to engage with the global superpower at the UN. Earlier this year they managed to push the US into a corner, when it vetoed condemnation of West Bank settlements, in opposition to all the other 14 UNSC members, including the UK and France.

The vote on the settlement resolution marked an interesting turn in power relations. For many years the US and Israel have been the ones wielding the pressure. Then, last week, the two powers found themselves pressured, and increasingly isolated, over the UNESCO vote on whether to accept Palestine’s application for entry into the agency. The US and Israel barely managed to recruit Samoa, Solomon Islands, Palau, Vanuatu and eight of the other 163 voting members to support their position at UNESCO. When Palestine won the vote with a wide and enthusiastic majority, the Palestinians quickly announced their intention to apply to the World Health Organisation and other international bodies.

The US, however, has yet to understand its new situation. Given the pro-democracy uprisings in the Middle East, the decline in American influence and financial power, and the decreasing legitimacy of colonial wars, the US is in a global crisis of legitimacy. Opposing Palestinian liberation would mean risking future allies and support in the region, and globally. Every time the Palestinians ostensibly “lose” a vote, what it actually means is that the US loses legitimacy points.

Imposing an old and anachronistic American “price-tag”-like punishment on UNESCO funds, even before Israel does so, shows that Washington has not learned its lesson. Not paying its share, means risking Washington’s voting rights in this important international body, which would mean losing another bent arm. A better route for the Americans would be to turn this crisis into an opportunity. If they are really seeking ways to strengthen pragmatic Palestinians, then instead of sweetening them with funds, arms and the release of prisoners, they should strengthen pragmatic Israelis, who support the legitimate claims of Palestinians to end the occupation immediately, with no conditions. Supporting the Palestinian plea to the UN would send a powerful message of US support for justice, and would energize those who support life without oppression.

Eyal Clyne is an Israeli blogger and researcher or the societies in Israel-Palestine. His commentary has been published in Haaretz, Ynet, Walla!, 972mag.com and Ha’Oketz.

Get Our Weekly Newsletter
Before you go…
A lot of work goes into creating articles like the one you just read. +972 Magazine is nonprofit journalism, owned by many of our writers, editors, and journalists. In order to safeguard that independent voice, we are proud to count you, our readers, as our most important supporters. With your support, we can keep +972 Magazine a strong, independent, and sustainable force helping push the global discourse on Israel/Palestine.
DONATE
More About US 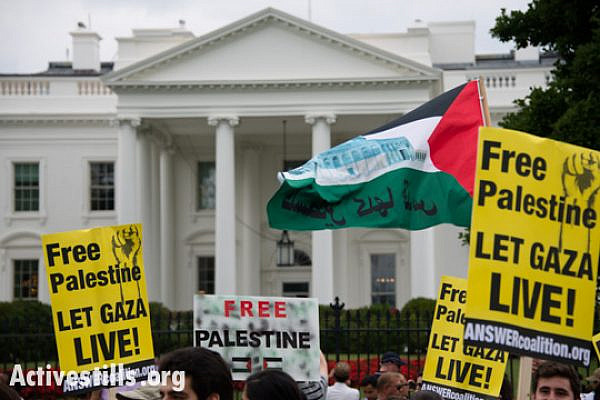 PHOTOS: 10,000 march on White House to protest Gaza offensive
Thousands converge on Washington, D.C. to protest Israel’s offensive on Gaza. Text and photos by: Ryan Rodrick Beiler/Activestills.org Some 10,000 activists converged on the White House in Washington, D.C. this weekend to protest Israel’s offensive on Gaza. Politico reported that the event may have been “the largest pro-Palestinian march to take place in the United…
By Activestills August 3, 2014 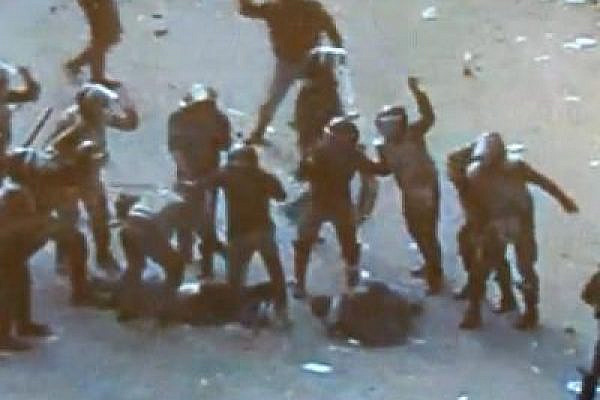 US criticism of Egyptian military crackdown insufficient
We are all familiar with the frequent criticisms lodged at Washington for helping to fund (via billions of dollars in aid) the Israeli military’s occupation of the Palestinian territories. But where are the cries against the billions of dollars given to Egypt’s military, a military now engaged in one of the most shocking crackdowns on…
By Roee Ruttenberg December 20, 2011 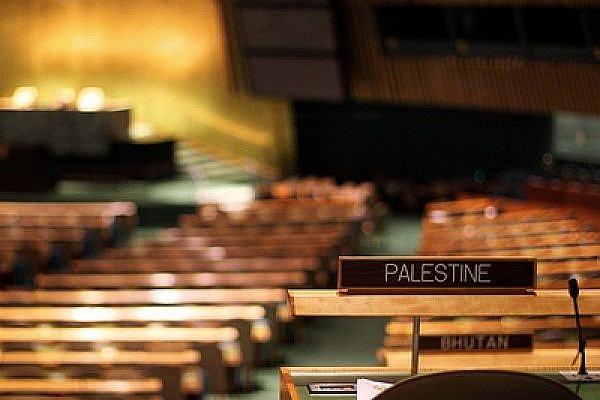 Palestinians join UNESCO – symbolic step to statehood?
The emotional victory may not be a game-changer, but to consider it merely symbolic is missing deep potential consequences of full acceptance into a UN club. This post has been updated, 31 October, 8:40pm The Palestinian Authority won a major victory on Monday by being accepted to UNESCO, the United Nations Educational, Scientific and Cultural…
By Dahlia Scheindlin October 31, 2011