What is being described as an overwhelming vote for the boycott of Israel in the American Anthropological Association (AAA) mischaracterizes the scope of support for boycotts in the field and downplays the serious anthropology-based alternative presented at the conference to promote justice for Palestinians and Israelis, as well as academic freedom for Palestinian academics.

The passage of a resolution to boycott Israeli academia at the AAA’s business meeting two weeks ago represented the views of a well-organized and loud minority of anthropologists — less than 20 percent of the AAA’s membership was present. This group was focused on creating a spectacle rather than a scholarly forum one would expect at an academic conference, with BDS movement activists wearing black t-shirts declaring themselves “Another Jew Against Apartheid” and similar slogans.

As an alternative to the proposed resolution, a second resolution co-authored by 17 AAA members was presented calling for anthropologists to become engaged in Israel/Palestine in ways that applied anthropological insights and analytical frameworks to promote justice. It was supported by members of a growing anti-occupation/anti-boycott organization, Anthropologists for Dialogue on Israel/Palestine and was introduced by Gila Silverman, a recent PhD graduate from the University of Arizona. Acknowledging the divisiveness that the boycott debate has caused, Silverman stated, “By speaking here today I risk my future chances of employment in some anthropology departments. But the stakes are too high not to do so.”

The alternative resolution explicitly called on the Israeli government to follow UN resolutions and to adhere to the initiatives of many in the international community by:

Finding a way to end the siege of Gaza, reconstructing the Gaza strip after the damages inflicted on it in 2014, while safeguarding security for Israelis; Negotiating in good faith with the Palestinians towards a just and final settlement of the conflict, based on Israeli withdrawal from the territories occupied in 1967; Recognizing the rights of Palestinian and Bedouin citizens of Israel to full equality, and doing everything necessary to fulfill this right; and Promoting and implementing a spectrum of dignified, just, and effective solutions to the tragedy of Palestinian refugees.

The alternative resolution also advanced concrete measures for the AAA to take that are consistent with its mission as a scholarly organization, including having the AAA “allocate 1 percent of its annual expenditure to Scholarly Endeavors in Conflict Areas, with an initial emphasis on Israel and Palestine,” including grants and scholarships for budding anthropologists, funding of anthropological courses, seminars, workshops and study programs, and developing curricula and research projects that focus on understanding conflict generally and the Israeli-Palestinian conflict in particular.

Faced with the alternative resolution, and knowing it was backed by a majority at the AAA Business Meeting, boycott proponents cut off discussion and squashed dissent, allowing the bill to pass overwhelmingly. It will now be put before to the entire AAA membership of 10,000 in the electronic ballot on April 15th.

As the campaign continues, ADIP continues to stress two overarching arguments: that academic boycotts are fundamentally antithetical to academic freedom, and that a platform based on anthropological forms of engagement in the conflict offers the tools of the discipline to be deployed for progressive change. As Silverman stated, “The choice before us…is not only about Israel and Palestine. It is also about who we are as anthropologists, and how the tools of anthropology can be used to address injustice, oppression and state violence.”

Michele Rivkin-Fish is an Associate Professor and Associate Chair at UNC-Chapel Hill’s Department of Anthropology. She is a co-founder of Anthropologists for Dialogue on Israel-Palestine. 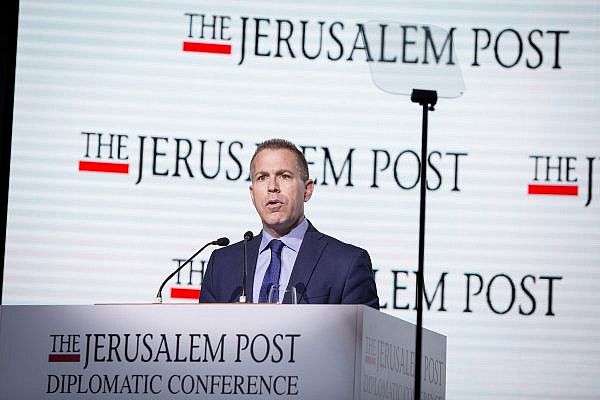