Iran’s relations with the West have seen their ups and downs, almost always ending in disappointment and frustration for the Iranians. Now, for the first time in modern history, negotiations are taking place in which world powers are addressing Iran at eye level. The pending deal is not perfect, but compared to the alternatives it would be a pretty good outcome. 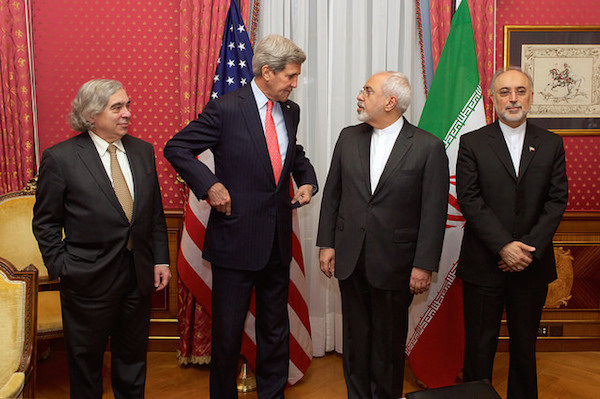 If all goes according to plan, in the coming hours an historic agreement will be signed between Iran and the P5+1 (the five permanent members of the UN Security Council plus Germany). We can already say that if the deal is signed it would be historic. Not because it would “bring Iran back” into the community of nations, as some of the Western parties to the deal like to say, and not because it signals “Western capitulation,” as many of its detractors claim. It will be an historic deal because for the first time in modern history, negotiations will have taken place with Iran as an equal party, not as a passive party.

The agreement and all of its clauses will have been formulated in negotiations in which the West addressed Iran at eye level. It’s not a perfect deal, but taking into consideration the alternatives, it is a very good deal. And without getting into the technical details, of which I have no understanding, I will attempt to explain why.

Iran’s relations with the West have seen a lot of ups and downs. Nearly every period ended in frustration for the Iranians. Over the course of a number of long decades, Iran was used as a tool in the hands of the world’s powerful countries. Iranian collective memory includes periods in which Iran was placed under military occupation by Britain, the United States, the USSR, periods in which Britain controlled the country’s oil industry and abused Iranians who worked in it. At the same time it exploited the country’s resources, a period in which an elected and revered prime minister was overthrown by the British and Americans, and after that coup, the Shah (once again, with the backing of world powers) became a cruel dictator with a secret police that was one of the worst in the world at the time. Resistance to the Shah’s rule led to the 1979 revolution and a change in Iran’s relations with the world — a change that remains to this day.

Etched in the West’s collective memory is the trauma from overthrow of the good, beneficial Shah — the enlightened dictator — and the installation of the dark, religious regime. The American embassy hostage saga also comes to mind rather frequently. But few remember that the hostage crisis took place after the United States refused to hand over the Shah to Iran so he could stand trial for his crimes against the Iranian people.

For the rest of the 1980s Iran brought about an awful war with Iraq. An eight-year war that exacted a heavy price in both blood and treasure. A war in which Iran was attacked by Saddam Hussain’s Iraq, which was supported by the United States and most of the West. Since that war ended, Iran underwent significant domestic developments. The death of Khomeini and the changing of the guard — and generations — a new equation for managing relations with the West and the world was created. From the end of the 1990s many of us remember the presidency of Mohammad Khatami, whose entire platform was “Dialogue Among Civilizations,” in order to end the years of hostility.

After September 11, 2001, Khatami offered Iran’s help in stabilizing the Middle East and Afghanistan. American President George W. Bush’s response was the “Axis of Evil” speech. The speech was a slap in the face to the reformist president and to the large portion of the Iranian public that elected him. It was a slap in the face that the conservative camp in Iran exploited to change the rhetoric for speaking of relations with the United States and its allies. Indirectly, or perhaps directly, that was the rhetoric that, among other things, led to the election of Mahmoud Ahmadinejad to the Iranian presidency in 2005. 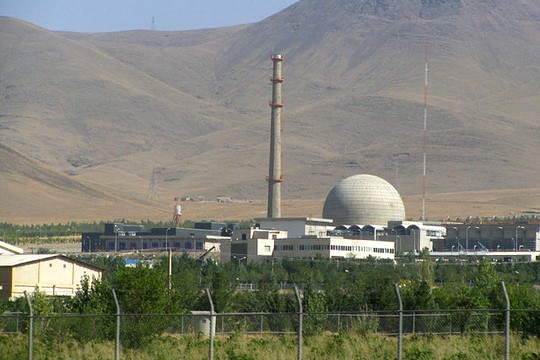 Since then, the most pragmatic (and most photogenic) government was elected, by a landslide, which succeeded in changing Iran’s image in the world and at convincing the world that if it wants to change the dynamics of their relations, that this is the time. President Rouhani and Foreign Minister Zarif exhibited moderation and pragmatism, which managed to bring about a breakthrough in endless nuclear negotiations.

The Iranian government’s aim was to get rid of the sanctions paralyzing its country. Sanctions that made Iranians’ lives much more difficult. Sanctions, the goal of which was to bring Iran to its knees, didn’t do so. Their result was the opposite of what they hoped for int he United States, the West and in Israel. The sanctions strengthened the Revolutionary Guards and strengthened organization’s economic might and its grip on the Iranian economy. The sanctions helped eliminate the Iranian middle class — the same middle class that posed the largest threat to the survival of the revolutionary regime. And the sanctions didn’t slow down the progress of Iran’s nuclear research.

And yet according to reports by the various intelligence agencies, despite the progress in Iran’s research, there is no conclusive evidence that Iran is advancing toward a nuclear weapon. That has always been Iran’s official position. In Iran there is principled resistance to the idea of unconventional weapons as being amoral, partly because Iran was the victim of such weapons in its war with Iraq.

Another thing we must remember is that Iran has not attacked a single country in the past 200 years. True, that contradicts the image we have of an aggressive Iran, and perhaps it even contradicts the military image that Iran tries to project, but Iran has not launched a war against a single country, near or far, in the modern age. Critics will say that Iran supports terrorist organizations that do attack countries in the region, like Hezbollah and Hamas, for example. The sad truth is that nearly every regional and global power has done the same, in the Middle East and beyond. The United States has done the exact same thing, Israel has done the same, and so does Iran.

Another question that must be asked, is: if there is no deal — what is the alternative? War? More sanctions? The truth is that even those who oppose the deal have no alternative. Iran will continue to use its right to advance nuclear research for civilian purposes. Iran has even learned some lessons from other Middle Eastern states and decentralized and spread its nuclear facilities across its vast country, and according to press reports, most of its facilities are deep underground and protected from air strikes. An agreement that lets Iran continue its research and gives it the benefits of nuclear energy, and the benefits of nuclear medical research, and which leaves all of its facilities under international supervision — doesn’t look so bad after all.

One note: Many of us look forward to the day when the revolutionary regime comes to an end, that the Velvet Revolution overthrows the clerics, sends them back to the mosques, and their rule will just be another chapter in the thousands of years of Iran’s history. It is possible that a nuclear deal will delay that. It could also bring it closer. Either way, it won’t make the regime more just. The Iranian regime is horrible and disappointing first and foremost for the Iranian people. However, there is a massive difference between foreign and domestic policy, and judging by Iran’s foreign policy there is no reason to think that this agreement won’t hold or be enforced.

Dr. Lior Sternfeld is a lecturer in the Middle Eastern Studies department at the University of Texas at Austin. His research focuses on modern Iran. This article was first published on +972’s Hebrew-language sister site, Local Call. Read it in Hebrew here.

Get Our Weekly Newsletter
Before you go…
A lot of work goes into creating articles like the one you just read. +972 Magazine is nonprofit journalism, owned by many of our writers, editors, and journalists. In order to safeguard that independent voice, we are proud to count you, our readers, as our most important supporters. With your support, we can keep +972 Magazine a strong, independent, and sustainable force helping push the global discourse on Israel/Palestine.
DONATE
More About iranian nuclear program 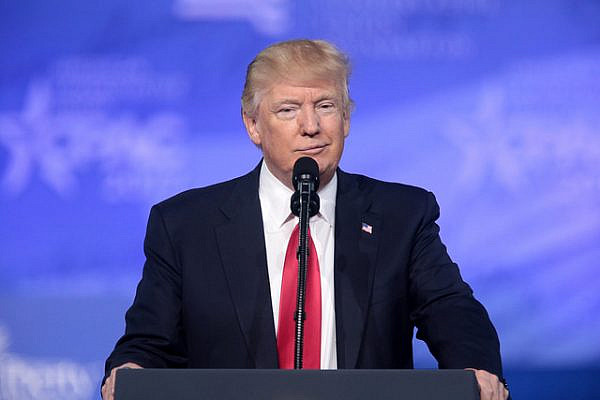 The mask is off: Trump is seeking war with Iran
The White House is committed to finding a way to claim Iran has violated the nuclear deal, regardless of the facts — just as George W. Bush did with Iraq. By Trita Parsi Something extraordinary has happened in Washington. President Donald Trump has made it clear, in no uncertain terms and with no effort to…
By +972 Magazine July 30, 2017 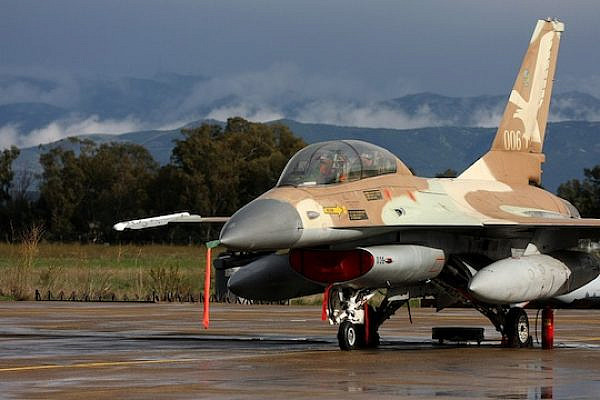 Israelis, Iranians pay the same price for nuclear ambitions
The discussion surrounding Netanyahu’s Congress speech presumes that Iran does not have a right to nuclear weapons but that Israel does. Another way of looking at things is a nuclear-free Middle East, and an alliance between the oppressed citizens of Iran and Israel. By Mati Shemoelof Prime Minister Benjamin Netanyahu’s trip to the United States, which…
By +972 Magazine March 5, 2015 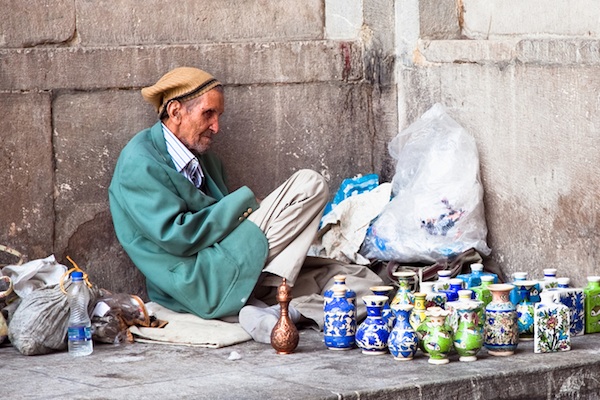 Hooray, we brought the Iranian people to their knees
With nuclear talks resuming Tuesday, the happy consensus is that the sanctions have forced Iran’s regime to blink. But hardly anyone wants to think about the effect they’ve had on the country’s 80 million people.   If you Google “bringing the Iranian economy to its knees,” you’ll have a lot of reading to do. This…
By Larry Derfner October 14, 2013