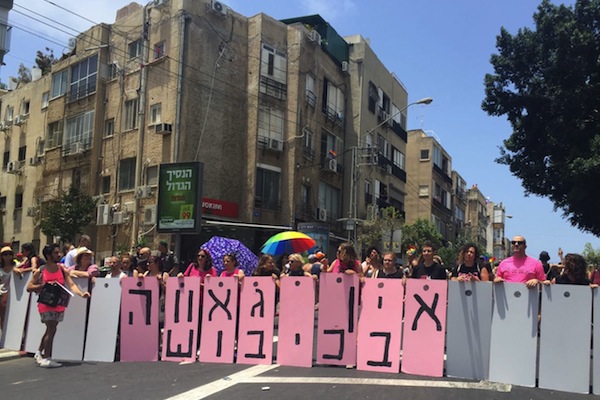 Dozens of Israeli LGBTQ activists against the occupation blocked Tel Aviv’s annual pride parade on Friday, holding up signs that read “There’s no pride in occupation,” and for a few minutes preventing the march from proceeding through the city center.

The police immediately responded to the action, pushing the activists toward the sidewalk. Members of “Likud Pride,” the LGBTQ group affiliated with the ruling Likud party, joined the police and began shouting at and shoving the activists.

As opposed to the police, the LGBTQ community took an active interest in the action, which sought to spotlight the 50th year of the occupation. Some came over to speak with the activists, others expressed their support, while others lamented the fact that the activists were mixing politics with what they view as a non-political event. Over 100,000 people attended the parade, according to police estimates.

Tanya Rubinstein, a queer activist and General Coordinator at Coalition of Women for Peace explained why the activists decided to block the march:

We came to the Tel Aviv Pride Parade, which the Israeli government uses to whitewash the crimes of the occupation, in order to remind everyone that the LGBTQ community’s struggle is part of a larger struggle for freedom and human rights, and we cannot disconnect it from the struggle against separation walls and the continuing, systematic oppression of the occupation. This march does not belong to the police or the Tel Aviv municipality — it belongs to those who struggle for their rights, and thus it is a place where it is both fitting and necessary to protest and demonstrate.

Over this past week, over 200 members of the LGBTQ community signed a declaration put out by dozens of queer human rights and social justice activists, calling on the community not to forget that its own struggle for human rights, equality, and freedom is connected to the struggles of other minority communities:

Yael Marom is Just Vision’s public engagement manager in Israel and a co-editor of Local Call. 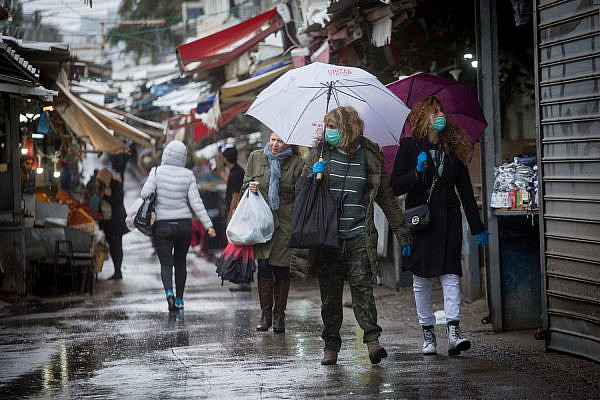 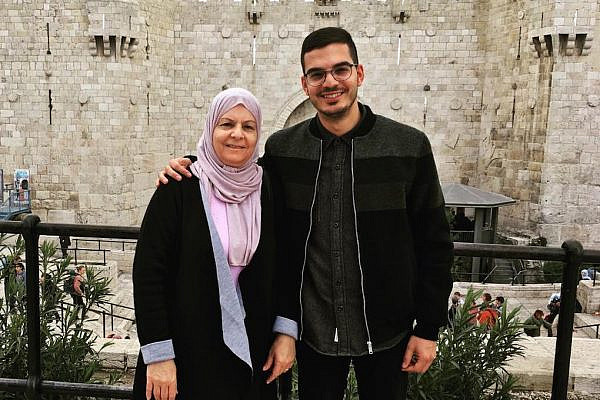