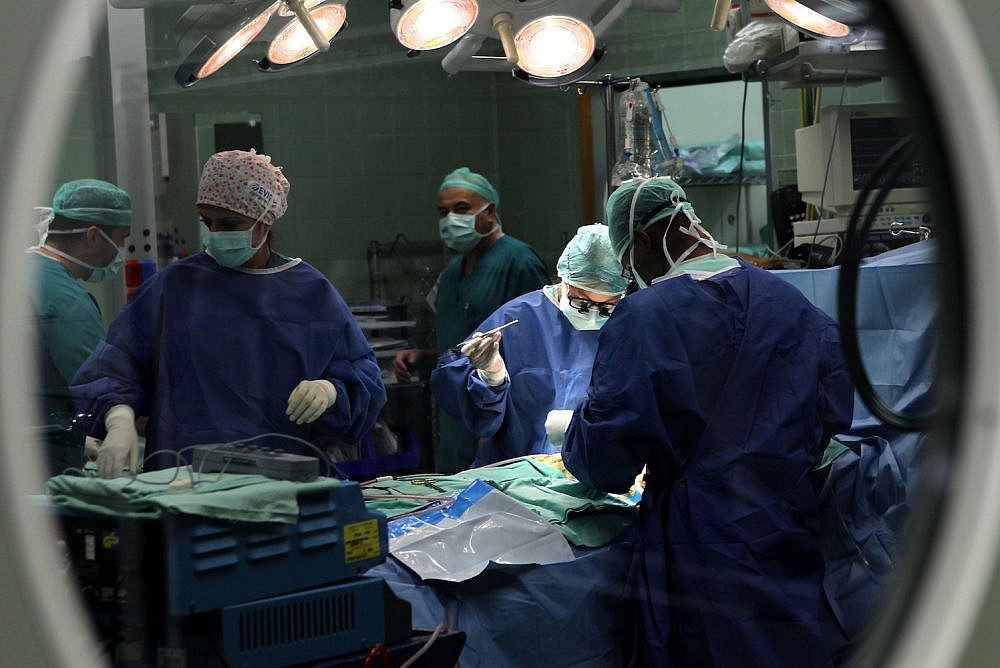 Illustrative photo of doctors in Israel during surgery. (Nati Shohat/Flash90)

Tel Aviv University spokesperson Tomer Velmer hinted that the agreement was signed as a result of external pressure by Israel’s Council for Higher Education, the supervisory body for universities and colleges in Israel that is headed by the education minister. However, the Council denies that it demanded or coerced Tel Aviv University to agree to this cooperation.

Sackler’s dean, Prof. Ehud Grossman, sent a letter to faculty members in September 2020 to inform them that the university’s medical school will “begin teaching students from the faculty of medicine at Ariel University in the run-up to August 2021,” in accordance with the deal. In the letter, Grossman also explained that the agreement was reached “with the goal of maintaining the quality and level of instruction and allowing both faculties to operate optimally.”

The Sackler Faculty of Medicine is affiliated with several hospitals in the center of the country, which medical students are placed in during the clinical phase of their studies. During this practice, the students spend time in various hospital wards shadowing doctors who teach at Tel Aviv University and keeping up with patients’ progress.

Since the faculty at Ariel University is not “affiliated” with any hospital, it therefore needs assistance from an existing medical school to allow its students clinical access. The lack of affiliation seems to be the impetus for the letter from the dean of Tel Aviv University’s medical school.

According to a source who was involved in the discussions between the Council for Higher Education and the Planning and Budgeting Committee, a subcommittee responsible for funding Israel’s higher education institutions, Ariel University is paying Tel Aviv University a “high fee” for teaching students from Ariel. The source asked to remain anonymous for fear of repercussions. However, both universities refused to say how much money Tel Aviv University will make from the agreement.

According to Tel Aviv faculty members, the school’s opening was politically motivated and pushed along by far-right leader Naftali Bennett during his tenure as education minister between 2015 and 2019. For example, the Committee of University Heads, a voluntary body composed of the presidents, rectors, and directors-general of Israel’s universities, opposed the establishment of the school. In a letter it sent to the Council for Higher Education, it claimed the decision was abrupt and seemed “to be dictated by the political echelon.”

Three university representatives who sit on the Planning and Budgeting Committee claimed that Bennett’s actions amounted to “political intervention in the committee’s work.” In a discussion the Planning and Budgeting Committee held in 2019, the professional echelon expressed reservations about establishing a medical faculty in Ariel, due to the lack of hospitals in the area that medical students can undergo clinical training in. “It was clear that Ariel did not have the infrastructure and capabilities, but the political echelon pushed for it,” says a source who was involved in the discussions and asked to remain anonymous for fear of repercussions. 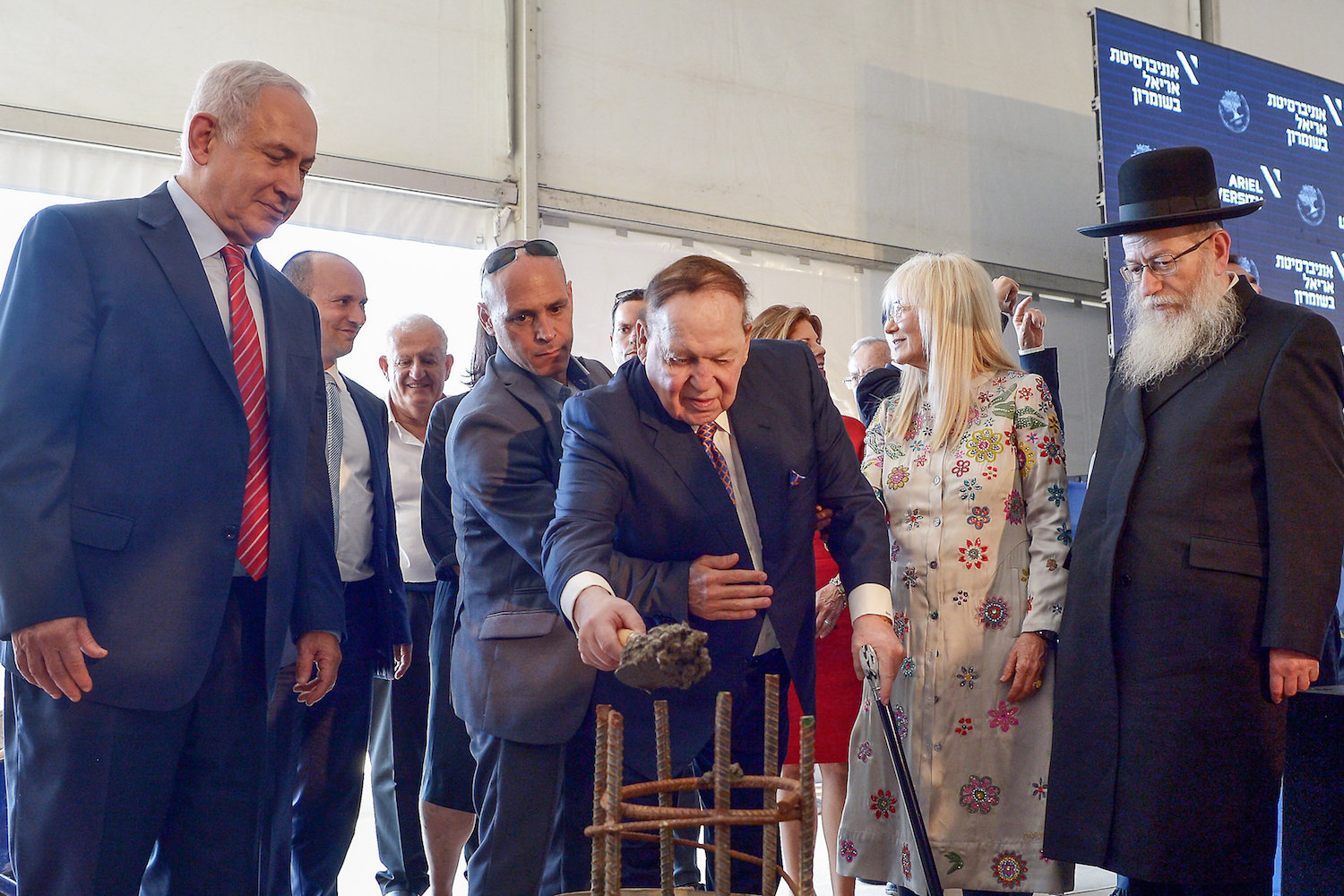 Sheldon Adelson seen at the ceremony of a laying of a cornerstone for Ariel University’s medical school, named after the American businessman, West Bank, June 28, 2017. (Ben Dori/Flash90)

Despite the professionals’ opposition, the Planning and Budgeting Committee approved the establishment of Ariel’s medical school. But in February 2019, Israel’s attorney general ordered the committee to hold a re-vote, after it was revealed that one of the members of the committee was up for promotion by Ariel University.

Days later, the committee voted to reverse its decision to open a medical school in Ariel. Yet Bennett was determined not to give up.

In November 2019, the Planning and Budgeting Committee approved the school’s budget, after then-Education Minister Rafi Peretz replaced some of the committee’s members for previously opposing the school’s establishment. With that, Ariel University’s Adelson School of Medicine was ready to officially open.

The letter from the dean of the Sackler Faculty of Medicine provoked resentment among some faculty members at Tel Aviv University. “They try to whitewash [the issue], as if the occupied territories and Israel are the same thing,” said a faculty member at the medical school who preferred to remain anonymous for fear of repercussions. “They want to stick to a seemingly non-political agenda, when in fact it is actually political. Now I’m being forced to cooperate with this.”

Academia for Equality, an organization that includes 600 academics in Israel working to promote democratization, equality, and access to higher education for all communities living in Israel, demanded Sackler withdraw from the agreement. In a letter sent to the university administration on Jan. 10, the group said: “Cooperation with such an institution forces faculty and students at Tel Aviv [university] to support the settlements and the occupation, and forces them to adopt a political position that some [faculty and students] strongly oppose.”

The letter stated that many international research funds do not provide grants or funding to institutions in the occupied territories. “One must ask whether the fact that the Faculty of Medicine in Tel Aviv diverts its resources toward the institution in Ariel as part of the ‘deal’ in question does not violate the conditions attached to the funds, which are enjoyed by researchers in the faculty,” since the “equipment and manpower made available by these funds will be made available to Ariel.”

The letter further states that Ariel University is “putting faculty members and students who oppose settlements and occupation in an impossible dilemma,” and that the deal “violates their most basic rights.” The letter claims that there is a “substantial difference” between individual lecturers who collaborate with Ariel and a “collective process on behalf of the entire faculty.” 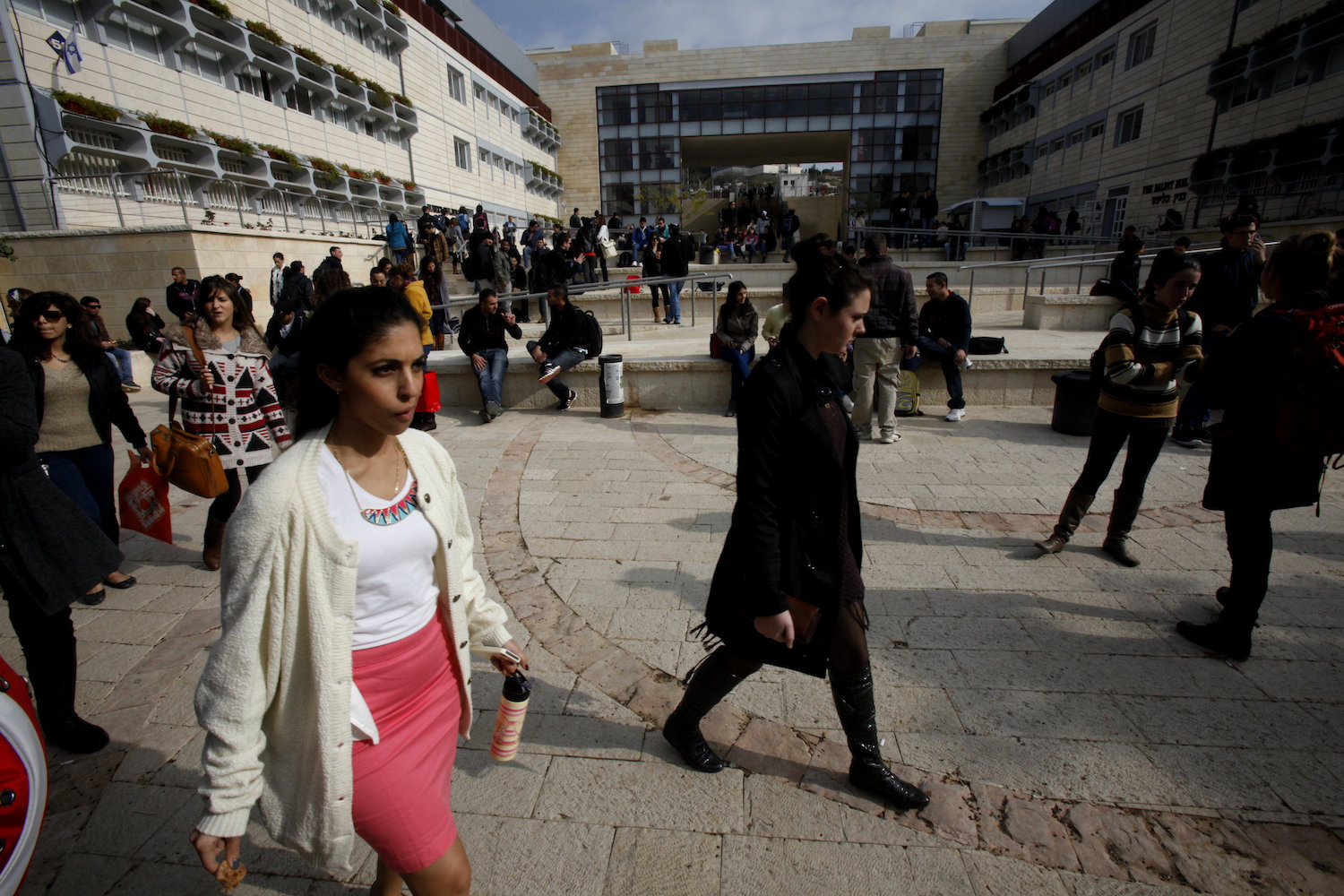 Senior lecturers at Tel Aviv University also wondered why the decision to collaborate with Ariel did not come up for discussion in the university’s academic senate, which approves new curricula, among other things. The university explained that the deal was not part of a new curriculum, but rather would allow Ariel to use their clinical facilities at various affiliated hospitals. However, according to the Sackler faculty member, Ariel’s faculty members will likely make use of “resources that belong to the doctors and patients” at Tel Aviv University.

The Council of Higher Education offers a different version of the events. “The deal does not require the authorization of the Planning and Budgeting Committee,” Beata Krantz, the Council’s spokesperson said, “but rather the committee is required to ensure during the authorization process that there are enough practicum spaces for students who are beginning their studies, and therefore Ariel University was requested to present before the committee where it was planning to carry out the practicum. The Planning and Budgeting Committee neither demands nor requires the signing of the agreement, and the institutions have administrative freedom to do as they please in this context.”

In other words, the Council of Higher Education claims it never demanded Tel Aviv University sign the agreement, and that the understanding was reached between the two institutions so that Ariel’s medical students could have a place to conduct their practical training.

Velmer’s comment did not address a concern raised by Academia for Equality regarding grants from international research foundations such as the European Research Council and the U.S.-Israel Binational Science Foundation, both of which deny funding for academic research initiatives beyond the Green Line. The EU’s Horizon 2020 plan — a seven-year, 80 billion euros fund that provides financial support for research, technological development, and innovation — also refers to the West Bank and East Jerusalem as occupied territories, and thus those areas are not included in its agreement with Israel.

“Clinical training for students in Ariel will not harm the high level of clinical training of the Faculty of Medicine at Tel Aviv University,” Velmer said in his response.

Ariel University Spokesperson Naama Cohen Yehezkeli stated in response that “the agreement signed a few years ago between the universities is intended to ensure that the training of medical students is optimal and professional, as part of the national effort to increase the number of doctors in Israel, while giving young men and women a proper opportunity to study medicine in Israel.”

BECOME A MEMBER
More About ariel 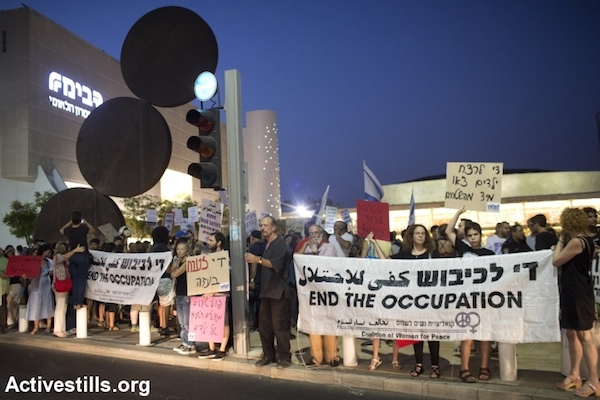 Israel’s national theater must resist normalizing occupation
By agreeing to perform in the West Bank settlement of Kiryat Arba, Habima is forgoing its values of Cultural Zionism while adopting the dangerous mindset of Miri Regev and Benjamin Netanyahu. By Misha Shulman Earlier this year Israeli Minister of Culture Miri Regev announced a new policy for the funding of the arts: artistic organizations…
By +972 Magazine October 28, 2016 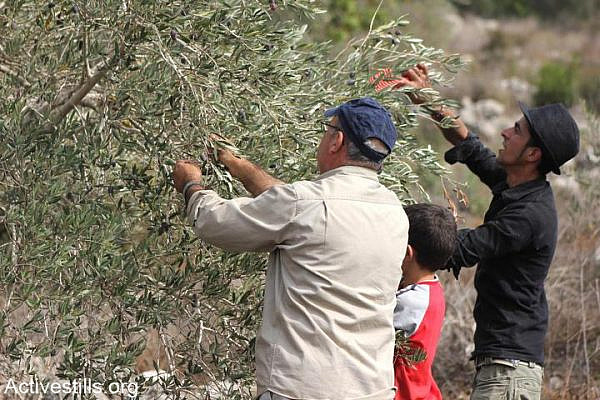 WATCH: How one West Bank village is fighting to regain its land
Residents of the village of Deir Istiya, located next to the West Bank settlement Ariel, have been nonviolently protesting the blocking off access to their farmland by the Israeli army, which affects the lives of 500 families.
By Social TV May 27, 2016 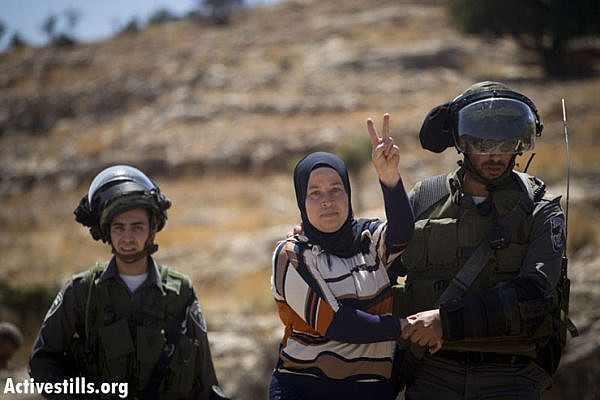 The only issue that matters in Israel’s elections
I grew up in a settlement. I met more Palestinians that the average Israeli. But it was only during my military service in the West Bank that I realized our 47-year rule over the occupied territories must come to an end. By Shay Davidovich Elections have always fascinated me. As a child, I insisted on…
By +972 Magazine March 15, 2015