The Israeli military has implemented positive developments in its juvenile court system in recent years, and yet, regular allegations of serious abuses persist. A look at what has been done and what still needs to take place. 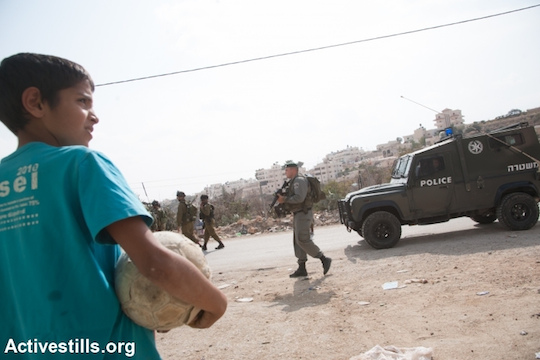 A Palestinian child at a demonstration in the West Bank village of Ma’asara, November 2, 2013. (Photo: Activestills.org)

So why do serious allegations of abuse persist?

In March of this year, UNICEF published a report, based on a review of over 400 affidavits, Children in Israeli Military Detention in which it concluded that the “ill-treatment of children who come in contact with the military detention system appears to be widespread, systematic and institutionalized throughout the process.” UNICEF followed up their report in October with a bulletin reviewing subsequent developments.

When it came to the question of ill-treatment, the evidence collected by UNICEF indicated, amongst other things, that 100 percent of children continue to report having their hands painfully during detention, while a similar percentage reported that they are subjected to physical violence, including beatings to the head and face. These new findings were based on 19 affidavits collected by UNICEF though the its Monitoring and Reporting Mechanism on Grave Child Rights Violations.

On December 3, 2013, Military Court Watch (MCW) released a new report (Children in Military Custody – Progress report: 18 months on) which considers each of the developments in the system since a delegation of prominent UK lawyers published a report on the subject 18 months ago.

While noting that there have been some positive legal developments, the evidence collected by MCW confirms UNICEF’s conclusion that ill-treatment is still “widespread, systematic and institutionalized.” For example, according to evidence collected by MCW through a sample of 29 affidavits, 93 percent of children reported being restrained with plastic ties during interrogation, while 83 percent reported being blindfolded or hooded and 55 percent reported being physically assaulted and verbally abused.

But the question still remains, with all the developments that have occurred since September 2009, why has there been no apparent improvement where it most counts – on the level of reported abuse?

Upon closer analysis, the answer to this question is no mystery. None of the developments in the past four years have provided protection to children during the critical first 24 hours following arrest. During this crucial timeframe, the majority of children continue to be arrested at night in what are normally described as traumatic experiences, they are not informed of their rights, including the right to remain silence and all forms of independent oversight are excluded until the conclusion of the interrogation process. Although military court judges are now beginning to voice criticism of the way in which minors are interrogated, they still convict those same children based on improperly obtained evidence.

We fully expect that the MCW will continue to see more developments in the military courts during the next four years. However, unless these developments include the following six points, no one should anticipate a reduction in the level of abuse, or a fall in the conviction rate that hovers around 99 percent:

1. Children should only be arrested during daylight hours, except in rare and exceptional circumstances. SIn all other cases summonses should be used;

2. All children, along with their legal guardian, should be provided with a written statement in Arabic informing them of their full legal rights in custody. This statement must be provided at the time of arrest (or as soon as is feasibly possible) but prior to questioning;

3. All children must be given the opportunity to consult with a lawyer of their choice prior to questioning;

4. All children must be accompanied by a family member throughout their questioning;

5. Every interrogation must be audio-visually recorded and a copy of the tape must be provided to the defense lawyer prior to the first hearing; and,

6. Breaching of any of the above recommendations should result in the discontinuation of prosecution and the child’s immediate release. 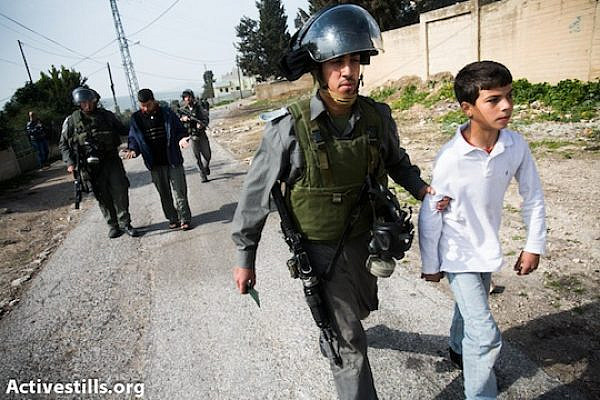 Business as usual for children arrested by the IDF
Despite lofty promises and pilot programs aimed at improvement, evidence points to little change in the patterns of abuse Palestinian children are subjected to when arrested by the Israeli army. By Gerard Horton The Israeli Ministry of Foreign Affairs announced in March 2013 that it would study the conclusions of a UNICEF report on children…
By +972 Magazine September 13, 2015 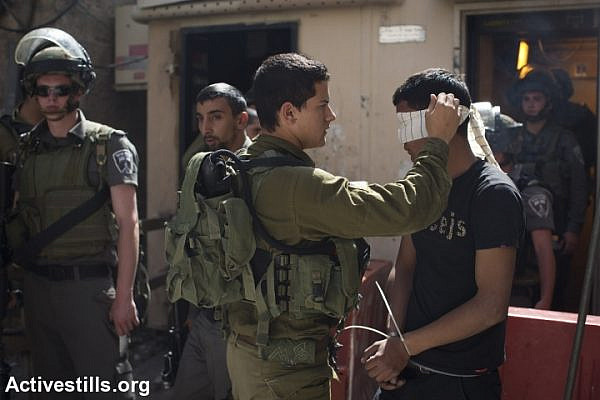 The illusion of change in the West Bank military courts
Positive developments in the treatment of minors by Israeli security forces are overshadowed by partial and half-hearted implementation. By Gerard Horton In March 2013, UNICEF recommended that all children detained by the Israeli military in the West Bank must be given written information about their rights, including the right to silence and prompt access to…
By +972 Magazine May 2, 2015 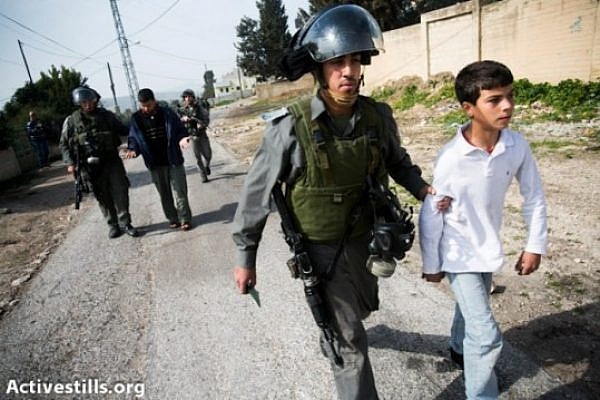 A pretense of progress for children in Israel’s military courts
A new amendment requiring military authorities to videotape interrogations of Palestinian minors may seem like a step in the right direction. That is, until you read the fine print. By Gerard Horton Change has been afoot since UNICEF published a report finding that the ill treatment of children held in Israeli military detention “appears to…
By +972 Magazine November 4, 2014