Immigration authorities announced a halt to arrests during the holidays. But just before the announcement went into effect, and as holiday preparations and celebrations got underway in south Tel Aviv, asylum seekers found themselves under arrest and at risk of deportation. 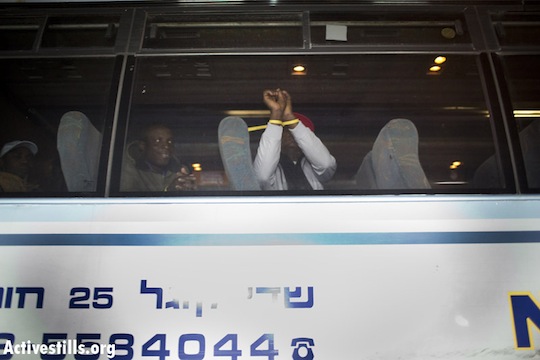 Friday was a rainy day in Tel Aviv. The head of the immigration authorities, Amnon Ben Ami, had issued a press release promising to cease all arrest operations for the duration of the Christian holidays and New Year’s Eve.

The Levinsky Park multi-lingual library, an open library located at the center of the park, was closed due to the rain. Its regular visitors, children from asylum-seeking families, were left in the rain, wandering between the many homeless asylum seekers residing in the park. One of the girls, 9 years old, from a South Sudanese family, seemed worried. Her father had not returned home. While I was aware that her family had been granted temporary protection on humanitarian grounds (unlike most South Sudanese residents, who were deported this past summer), I was concerned, knowing all too well the “Oz” immigration unit often arrests people despite their protected status.

My concern was heightened because, only a couple of hours earlier, I was informed through a phone call from Juba that of the 700 deportees to South Sudan, 17 had died already, most from illness or violent attacks. My girlfriend Saranna and I decided to help the girl look for her father. Walking down Levinsky Street, we came across one Christmas procession after another, each of a different community: a Nepali, then a Philippine, and finally, an Eritrean procession. The girl accepted offers from the revelers, cheerfully joining the marches one after another, leaving her worries behind for a moment. Luckily, we found her father looking for her down the street.

The next day, Saturday evening, the neighborhood filled with Oz immigration vans. A major operation was going on. The public statement informing the communities that no operations would take place over the holidays turned out to be a deception designed to create a sense of comfort within the communities, thereby facilitating a major arrest operation. Perhaps some bureaucrats in the Ministry of Interior even enjoyed the little joke: no operation on the holiday, but a major operation on the eve of necessary preparations for the holiday. What a grotesque image: a group of Philippine ladies, dressed in their Christmas costumes, the contents of their shopping bags full of presents for their kids spread out in the street around them, as they desperately searched for their documents, the absence of which would result in detention and deportation. For the first time in over five years of activities in the neighborhood, the immigration officers even made an attempt to detain Saranna, proving their skills in discerning even a minute trace of non-Jewish origin.

Soon, we learned that they were trying to fill a bus with arrestees. A brave group of activists with cameras, threatening to take the pictures to the front pages, successfully chased the bus away with only 15 detainees inside, many of whom are apparently asylum seekers. Why did the bus leave? Because what the government wants is to feed the public with numbers and statistics on its success in “cleaning” the streets from African migrants before the coming elections. They don’t need heartbreaking images of frightened asylum seekers. 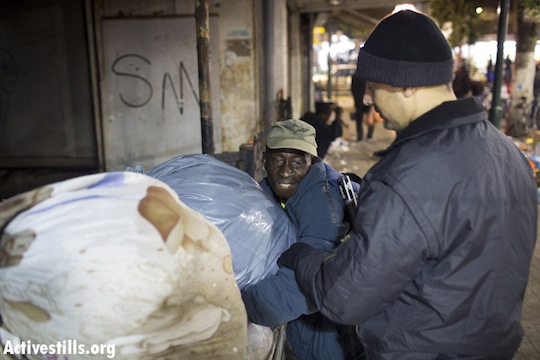 What is likely to be the destiny of the asylum seekers detained? Possibly, like many others in recent months, they will be put in a detention camp under the new law allowing at least three years detention for any asylum seeker who crossed the Egyptian border. The premise for these arrests is still unknown to us. A new regulation allows the detention of any asylum seeker accused of criminal activity, even in the absence of sufficient evidence for an indictment. We have observed in recent months that this regulation is being abused by police to arbitrarily arrest asylum seekers, only to withdraw the criminal accusation and place them in detention for at least three years under the new law.

Incidentally, Israel is the democratic country with the lowest refugee recognition rate, close to zero percent, compared to between 35 and 70 percent for certain groups in other countries. “We will make the lives of the refugees miserable until they will choose to leave,” said Interior Minister Eli Yishai in a recent public statement explaining the rationale behind the new law and the construction of a camp designed to accommodate at least 16,000 asylum seekers. And there, in the camp, they are given the “option” of signing a “voluntary deportation” order releasing Israel from the commitment to protect them. Many choose to leave, and from new testimonies we gather daily, there is genuine reason to fear the worst for the destiny of many of the deportees who have simply disappeared.

“Do not compare what we do to what was done to us,” it is commonly said. While writing these lines, I hear on the radio that the Jewish man who was convicted of providing the petrol bomb thrown into a kindergarten of asylum seeker children in south Tel Aviv will not serve a single day in prison. Indeed, I do not think that Israel behaves worse than some other democracies, or at least that was the case until recently. However, in making a comparison, we draw a line: we distinguish ourselves from “them,” stating that there are certain things we cannot accept. Refraining from acting in certain ways delineates our identity – as persons, as moral agents, even as Jews. But in the last year, Israel has turned blind to the lives of others, betraying its commitment to refugees and by extension, to its own history and identity. Merry Christmas.

Dr. Rami Gudovitch is a social activist working with migrant communities in southern Tel Aviv and a philosophy instructor at the Interdisciplinary Center, Herzliya.

BECOME A MEMBER
More About christmas 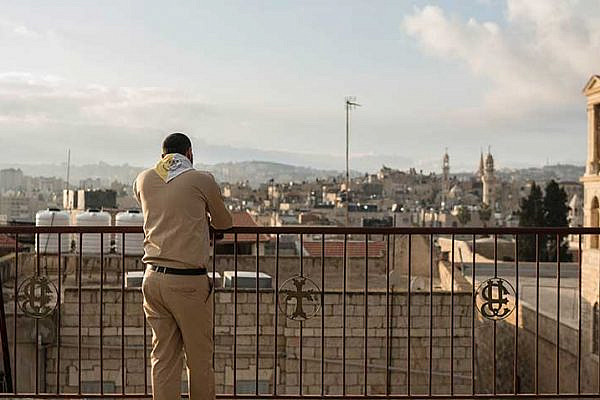 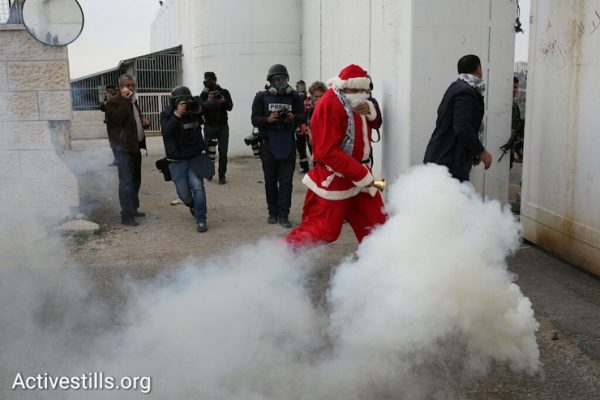 PHOTOS: Palestinian Santas protest the occupation in Bethlehem
Roughly 100 people march on a checkpoint in Bethlehem to protest the occupation and mark Christmas. Israeli forces respond by pepper-spraying and teargassing the demonstrators. Text by Oren Ziv. Photos by Oren Ziv, Keren Manor and Shahaf Polakow Around 100 members of the Palestinian Popular Committees marched towards one of Bethlehem’s main checkpoints on Friday to protest…
By Activestills December 23, 2016 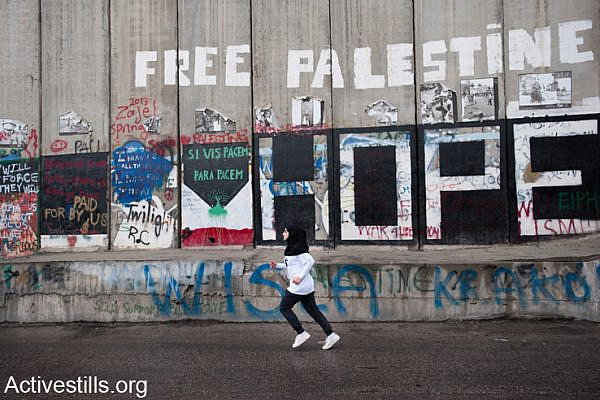 In Bethlehem, even running is a political statement
Despite their difficult circumstances, Palestinians in Bethlehem find ways to remind the world that Israel’s occupation cannot exist forever. The organizers of the Palestine Marathon, held annually in the West Bank city of Bethlehem since 2013, recently announced that its next run will take place on Friday 1st April, 2016. The event – one my…
By Amjad Iraqi December 26, 2015