“An inmate held in solitary confinement at Ayalon Prison committed suicide by hanging in his cell two weeks ago. The warden team that noticed him took him down and tried to revive him, but in vain. He was taken to the prison clinic and was pronounced dead.

Unlike in earlier cases, the Prison Service did not release a press statement and no details were give of the man’s identity. This is the 13th prisoner that managed to commit suicide in prison or in detention, and the second this month.”

The bleep, which is still there, was followed up by a larger news report, that was taken down almost immediately; I attach a screenshot in case the bleep is taken down as well. 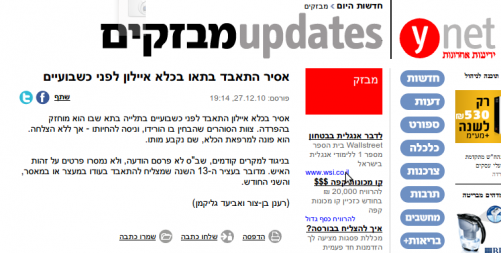 The news report was briefly reproduced on Rotter.net, the right-wing news junkie forum, before being taken down there as well; “Desperado Square“, another left-wing blog, managed to capture fragments of the full piece.

As the blog points out, the source appears to be the website of Zaka, Israel’s funeral and remains recovery NGO. An equally laconic brief appeared there two weeks ago:

And just today, Amir Oren – who has made a habit of writing oblique commentary that only makes sense when things get de-classified – saw it fit to include the following passage in a column dedicated, quite coincidentally, to prison suicides:

“Particularly sensitive cases involve prisoners who are incarcerated for classified reasons, such as those involving security matters, and whose deaths are not made public.”

The Hebrew version gives a little more detail. Here is a verbatim translation:

Of particular severity is the scenario of a prisoner the circumstances of whose imprisonment are classified, because, for instance, of security considerations ratified by the court, and the fact of his death in  prison is unknown to the public.

In such a case, the investigation aims to determine whether any government or other agency with access to the most restricted prison units had an interest in silencing the prisoner, and if so, whether the prisoner’s death might be murder disguised as suicide.

I regret to say all this chimes all too neatly to the mystery of a certain solitary confinement inmate at Ayalon prison – that same Mr X whose case is being pursued by Richard Silverstein (whose doggedness on this I admire, even if I disagree with his guesses on who the prisoner might be.)

emailemail
Before you go…
A lot of work goes into creating articles like the one you just read. +972 Magazine is nonprofit journalism, owned by many of our writers, editors, and journalists. In order to safeguard that independent voice, we are proud to count you, our readers, as our most important supporters. With your support, we can keep +972 Magazine a strong, independent, and sustainable force helping push the global discourse on Israel/Palestine.
DONATE
More About prisoner x 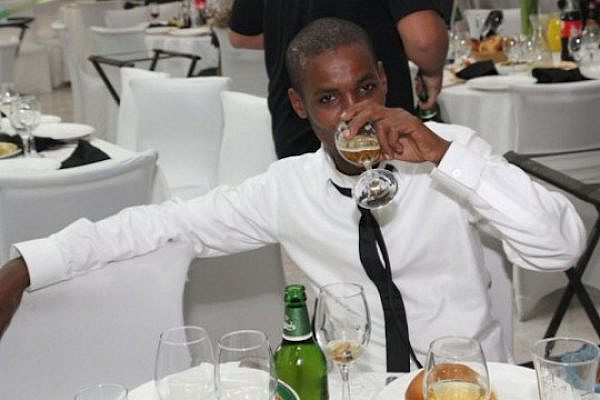 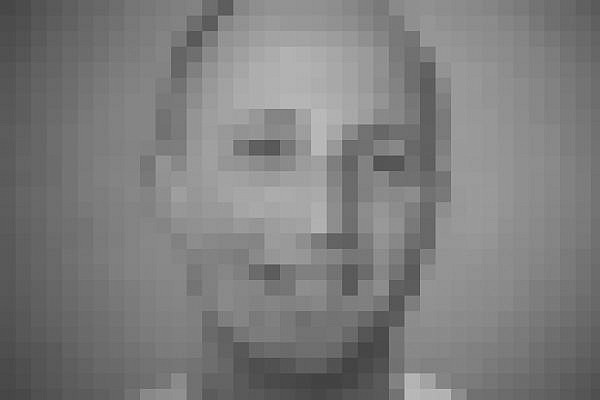 Press freedom in Israel: Democracy in the age of self-censorship
More worrying than the institutional instruments that enable censorship are the multiple forms of self-censorship that are deeply ingrained in the journalistic practices and conventions of Israeli media. By Ido Liven As the Hebrew proverb goes, “be a tail among lions rather than a head among foxes.” In Freedom House’s latest report, Israel’s state of press…
By +972 Magazine May 7, 2013 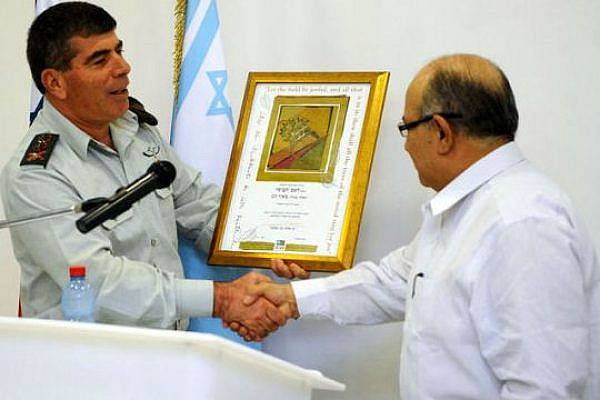