The Minister of Defense and the Prime Minister claim the terrorist attack last week came from Gaza. They have yet to provide any proof  – and the evidence looks dubious 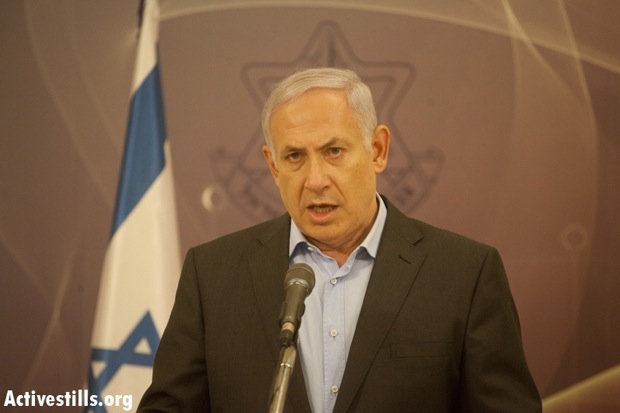 An unknown group carried out a combined attack from Sinai into Israel, hitting a number of targets. Six Israeli civilians were murdered and two soldiers were killed; so were seven of the terrorists and a number of Egyptian security personnel. While the attacks were carried out, Minister of Defense Ehud Barak quickly told the public the people responsible were the Popular Resistance Committee of the Gaza Strip; within hours the IAF attacked a house in the Strip and killed several of its leaders. Later that day, Prime Minister Netanyahu said that the people responsible for the attacks were killed. This attack by the IAF is what spurred the recent round of escalation – and it’s worth noting the IAF has been raising the flames in the regions for about a month, with the Israeli media quietly ignoring it.

However, Israel has never supplied any proof that the attack has indeed originated in the Gaza Strip. The PRC have denied involvement in the attack. An Israeli propaganda apparatus, the Intelligence and Terrorism Information Center, also claimed (Hebrew) the PRC was behind the attacks, but had to tautologically write “no terror organizations has publicly claimed responsibility for the attack and the Popular Resistance Committee has denied any involvement. However, the Israeli prime minister and other Israeli officials have pointed to the Popular Resistance Committee as the organization who carried out the attack. So, according to the ITIC, the fact that Netanyahu said something is proof enough, even if the other side completely denies it.

During the weekend, the news website Real News interviewed a senior IDF Spokesman officer, Lt. Col. Avital Leibovitz, who’s in charge of the IDF Spokesman with the international media. Leibowitz denied that the IDF connects the PRC to the attacks, said she was not responsible for that the prime minister said, but claimed that the attackers did come from Gaza, citing as proof the fact they were using Kalashnikov assault rifies (Sic! 2:28 and onwards in the video). I dunno how to put it to Col. Leibovitz, but Kalashnikovs are the most common light assault rifle in the world – a gift that keeps on giving from the defunct Soviet Union – and are rather easy to get all over the Middle East.

In a phone conversation with Leibovitz yesterday, she said “senior officials have already expressed themselves on the issue”, and declined to provide more information on the attackers, aside from insisting on them being Gazans. I asked her if she could provide me with the identity of the attackers killed by the IDF, which was until recently standard procedure, carried out within hours of an attack. She said this is unfortunately impossible, and repeatedly insisted they were Gazans. B’Tselem researchers in the Strip, contacted via B’Tselem today, were unaware of the identity of the attackers. Again, usually they are quickly identified and a mourners’ hut is rapidly constructed. They were killed on Thursday; if they resided in the Strip, their families would have heard of their deaths by now.

Yesterday evening the Egyptian newspaper Al Masry Al Youm reported that Egyptian security forces have identified three of the dead attackers. Egypt has a strong interest to claim the attackers were Gazans, since this would lessen its responsibility for the attacks; nevertheless, they say at least two of the attackers were known terrorists in the Sinai Peninsula. As far as I could find out, the rest of the bodies are in the hands of the IDF – which, again, does not reveal their identity.

And probably with good reason. After all, it seems Barak and Netanyahu pulled off a major disinformation campaign here, which the IDF (in the form of Colonel Leibovitz) has to cooperate with, somewhat unwillingly. They took us to a false war against the Gaza Strip. You can’t really blame Leibovitz: She’s a uniformed officer. She can’t contradict “senior officials [who] have already expressed themselves on the issue”.

Assuming no other reliable evidence shows up, which at the moment is doubtful, we must ask ourselves: Why did Barak and Netanyahu pull off what seems to be a major deception of the Israeli public, which puts to shame any such deception since the Abu Nidal group tried to assassinate Israel’s ambassador to Britain in 1982, Shlomo Argov. Sharon, Begin and Eitan needed a pretext to begin their war of deception in Lebanon – the bright idea of, under the guise of fighting the PLO, enthrone the friendly Maronites. When Eitan was informed that the assassins were Abu Nidal’s men, he replied with “Abu Nidal, Abu Shmidal – we need to screw the PLO.” That’s how it began.

None of the people responsible for that deception, which ended a 11-months old ceasefire and sparked 18 years of war in Lebanon, ever paid a price for it. Ehud Barak, then a young aluf­ – major general – learned the lesson well. His part in planning the war was suggesting to Sharon that the IDF will attack the Syrians as well, admitting that such a move required the hoodwinking of the public. Sharon, while impressed, rejected the suggestion.

Now it looks – again, barring new evidence – that Barak and Natanyahu are selling us another lie, one which directs fire towards the Gaza Strip. Why? This is the question they must answer. They are, after all, still working for us, not the other way around – and this is precisely the sort of a spin which calls for a board of inquiry and for the separation of Ehud Barak’s body from his seat.