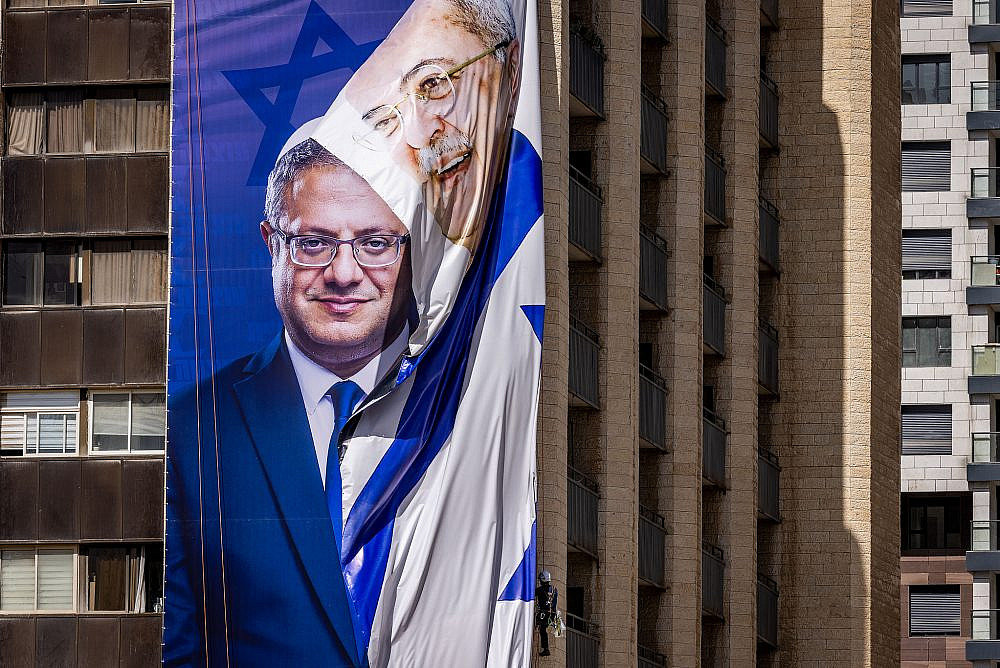 The coalition agreement signed last Friday between Likud and Otzma Yehudit turns Itamar Ben Gvir and his party into the authority over nearly every aspect of the lives of Palestinian citizens of Israel. Ben Gvir will become Israel’s national security minister (a position formerly known as public security minister, now with expanded powers), granting him control over the environmental protection ministry’s Green Police, the Nature and Parks Authority’s Green Patrol, and the interior ministry’s Land Enforcement Authority, in addition to overseeing the Border Police in the occupied West Bank. Otzma Yehudit will also be in charge of the Negev and Galilee portfolio, where most Palestinian citizens live.

Despite the immense centralization of power in the hands of a party that openly incites against Arabs, and despite Ben Gvir pledging to establish armed militias across the country — like those that have been founded in the Naqab/Negev and Lydd/Lod — there is a sense of apathy among many Palestinian citizens. It almost feels that the Jewish center left, which is not under direct threat from Ben Gvir, is more fearful of his rise.

This apathy is all the more surprising considering that a great deal of the Arab parties’ respective campaigns ahead of the election focused on Ben Gvir and Bezalel Smotrich, head of the far-right Religious Zionism slate. In addition to likely becoming Israel’s next finance minister, Smotrich is also set to control the Civil Administration — the arm of Israel’s military government that governs Palestinians in the occupied West Bank.

The campaign of Hadash-Ta’al, a union between the left-wing party led by Ayman Odeh and Ahmad Tibi’s party, spoke directly about Ben Gvir, while the Islamist Ra’am party and general campaigns to encourage voting in Arab society also focused on the Kahanist leader. However, many believe that the increase in the voting rate among Palestinian citizens did not stem primarily from fear of Ben Gvir, but rather from the competition between the three Arab lists — Ra’am, Hadash-Ta’al, and Balad. 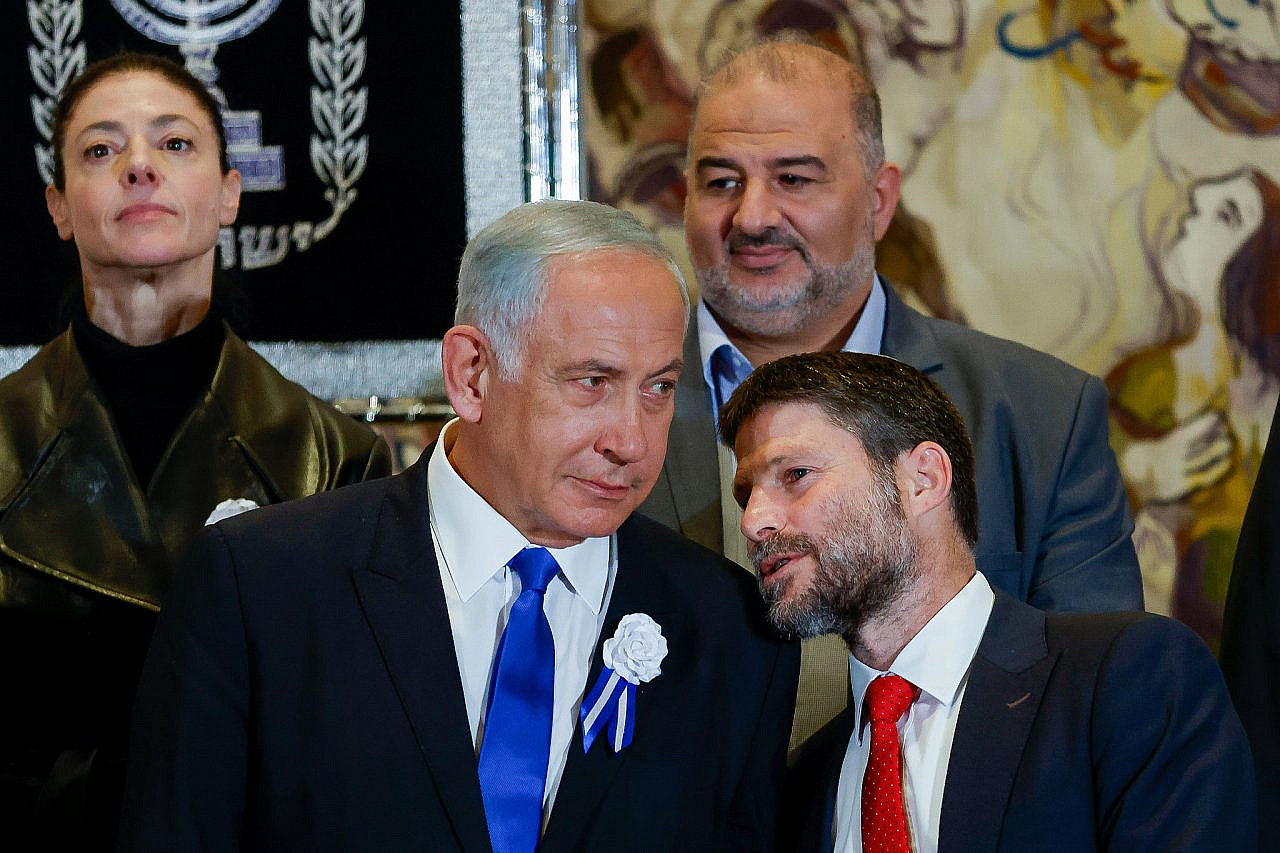 The central explanation for why Palestinian citizens are less fearful, according to experts who spoke to +972, is that Arab society has already reached a total state of hopelessness — all the more so after a year of the “government of change,” which did nothing to improve their lives. Dr. Rana Zahar-Karini, a lecturer and former council member of the Nazareth Municipality, told +972: “It’s not that [Arabs] care less than the Jewish public, but rather that it is completely despairing and frustrated. That, in itself, is a worrying thing.”

Zohar-Karini said that she hears Palestinians citizens saying, “We survived [Menachem] Begin, [Yitzhak] Shamir, Raful [Rafael Eitan], [Rehavam] Ze’evi, and Netanyahu, we will survive Ben Gvir too.” The situation of Palestinian citizens of Israel “cannot get any worse,” she continued. “There is poverty, institutional discrimination, violence, and daily killing, while the political establishment and the police completely turn a blind eye. What else can Ben Gvir do?”

Khaled Hassan, an economist and social and political activist from the village of Jadeidi-Makr in the north, echoed this sentiment, and opposes turning Ben Gvir into a symbol in order to scare Palestinian voters into voting. “In every election, the Arab politicians choose a boogeyman in the hope of increasing the voter turnout,” Hassan told +972. “But the voters remember well the boogeymen from the previous election campaigns.

“We were sure that ‘The Bulldozer’ Ariel Sharon was going to throw us into the abyss, because that’s what our politicians told us,” Hassan continued. “It didn’t happen. They also warned us about [Avigdor] Liberman, and nothing happened, and about Netanyahu, and nothing special happened. We’re still here. We’re not afraid of [Ben Gvir] — despite the intimidation by some politicians, despite his racist statements, despite his criminal behavior, and despite his repeated attempts to attack our holy places and our people.”

Attorney Ali Haider, who researches Palestinians in Israel, agrees that Arab society has already learned to deal with racist Jewish politicians, and that it is not scared of yet another one. “The Arab public foresaw the results of these elections, so it is not that surprised,” said Haider. “The Arab public has faced racist Knesset members, ministers, and bureaucrats. It will not suddenly surrender to the incitement, violence, and oppression of the fascist right.” 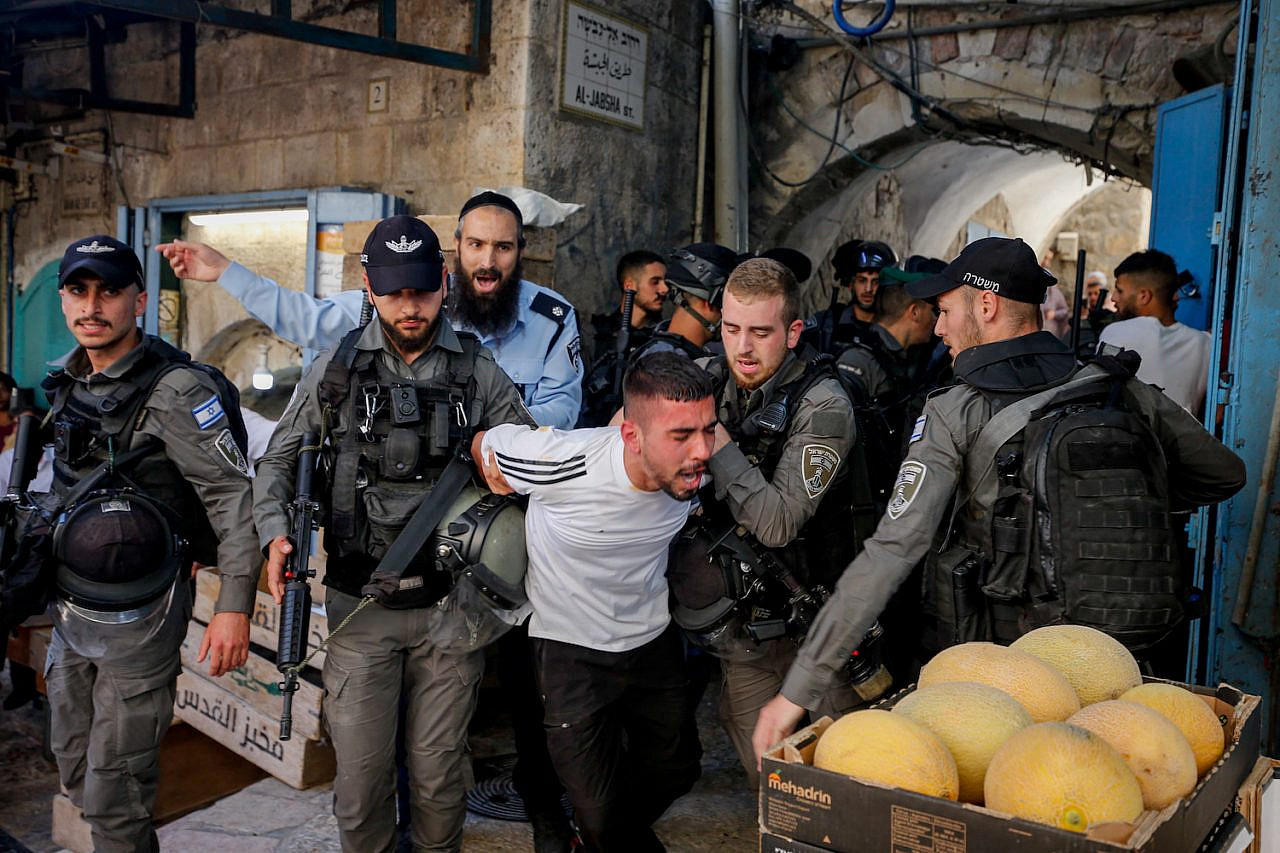 According to Haider, another reason for his society’s relative indifference stems from the internal political situation in Arab society. “The Arab parties are still busy fighting among themselves and making mutual accusations regarding the dissolution of the Joint List, the fall of the previous government, and the increasing power of the right,” he said. “They have not yet sought to join forces and formulate a strategy to deal with the rise of the right.”

Haider also draws a distinction between the lenses through which Arab and Jewish voters view Israeli elections in general. “The Jewish public perceives the results of the elections through divisions between Ashkenazim and Mizrahim, the secular and religious public, and over the struggle for the Jewish and Zionist identity of the country. The Arab public does not give much importance to these deep currents, and looks at the results as a continuation of the national conflict [between Israel and the Palestinians]. They see that on one side is a large Jewish majority, and on the other is a native Arab minority, and they do not think that there is a paradigm shift here,” he explained.

And yet, Haider is not sure that the indifference of the Arab public is justified. “The rise of Ben Gvir and Smotrich — extreme nationalist, racist, and fascist forces that draw their ideology from Kahanism — is a dangerous phenomenon, which may have far-reaching consequences for all the citizens of the country, for the Arab public, and for the entire Palestinian people,” he added.

Zohar-Karini concurs: “The hell that Ben Gvir may bring with him could pose an existential danger to us. Plans for mass transfer could return to the forefront [of the political agenda], especially after he enters office. The Jewish public is worried about the erosion of the ‘democratic space.’ This doesn’t concern the Arab public, since for them, [that] space has already been gnawed away. The Arab citizens are worried about far more existential issues.”