Bennett’s party website lists promoting ‘love for land and [Jewish] people’ as a top priority; the Education Ministry already announced that fewer classroom hours will be devoted to core subjects like math, language and history. 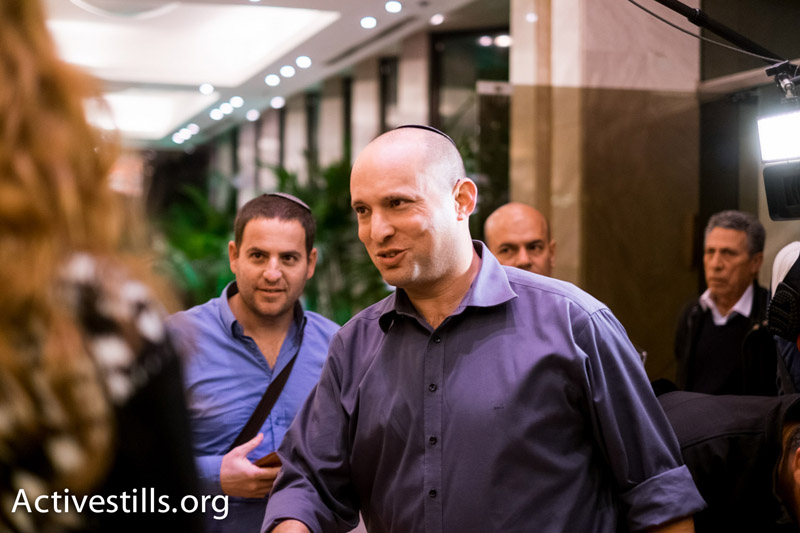 Along with the announcement that Netanyahu finally formed a governing coalition Wednesday night came the anticipated news that Israel’s next education minister will be Naftali Bennett, head of the Jewish Home party. Bennett, who already had his eye on inculcating religious-Zionist values in the nation’s youth, is expected to make changes to the state curriculum in order to bring it further in line with his party’s worldview.

The Jewish Home party’s website [Heb] lists the promotion of Jewish-Zionist values as one of its core aims. Promoting “love for the land and [Jewish] people” throughout state schools is identified as its most urgent task, saying that it wants to introduce a new “Jewish-Zionist education” unit in public schools. The party also points out what it calls a problematic trend in recent years: the amount of time spent studying Jewish history and religious texts has apparently decreased by 50 percent. This, therefore, can be expected to be one of Bennett’s key areas of focus in his new role.

On this note, Bennett is striding onto fertile ground. Last month, Israel’s Channel 10 reported that the Education Ministry announced a shift in priorities for the upcoming academic year. Primarily, the number of classroom hours in schools spent on core subjects such as language, science and mathematics. In their place, more teaching hours are to be devoted to Jewish values and national/civic duty. National-religious kindergartens are also a target for this shift, with a new onus on teachers creating activities that focus on “the promise of the land of Israel to the forefathers,” and “Temple Studies.”

Bennett’s appointment also follows what has been a fraught year in Israel’s classrooms. During last summer’s Gaza war, a number of teachers warned of the increasingly racist atmosphere within schools, from barely concealed intolerance to outright hostility and aggression. They reported that students’ ire was directed not only against Palestinians but also leftists, whom they condemned as “traitors.”

At the beginning of 2014, a national incident arose after Adam Verete, a high-school teacher, criticized the perception of the IDF as “the world’s most moral army” during a class. A student of his went public with the exchange, which led to Verete being investigated by the school board. Although he narrowly managed to hold on to his job at the time, he was later fired — apparently due to budget cuts.

With the Education Ministry now controlled by a party that veers towards fascism, the prospects for turning back the tide of racism that is washing over Israel’s classrooms look bleak. The crowding out of democracy in Israel’s classrooms is nothing new, but Israel is entering a new era under its most right-wing, religious government yet. If the future truly is in the hands of our children, we may have serious cause for concern.