Rim Banna, one of Palestine’s most recognizable and important singers, died on Saturday after a lengthy battle with cancer. She leaves behind a dream of freedom from the occupation, patriarchy, and oppression. 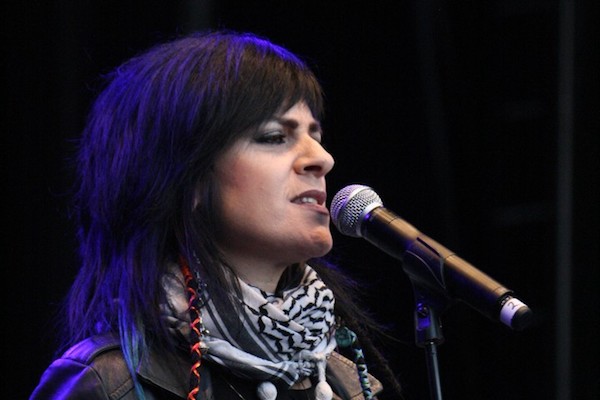 Rim Banna, the singer from Nazareth who enraptured millions died on Sunday after a battle with cancer. She was 51 years old. Arabic social media filled with eulogies written by people from every segment of society.

One of the most famous Palestinian singers in the world, Banna came to be known through her modern interpretations of traditional Palestinian songs — children songs and popular women’s melodies — which she performed in a youthful, rhythmic manner, breathing into them a new life. She was a composer, a creator, and a singer of a rare kind who combined the spirit of resistance to the occupation, the hope for freedom, and the joy of creation to make moving music.

Banna was born and raised in Nazareth. After studying at the Moscow Conservatory, she returned to her homeland and dedicated her life to the project of conserving and reviving traditional Palestinian musical culture. In addition to the songs that she wrote and composed herself, she also put to music the poems of the great Palestinian poets — Mahmoud Darwish, Tawfiq Ziad, Samih al-Qasim — as well as those with whom she wrote, like the poet Zohira Sebag.

Rim sang of the stolen homeland, of the children of the refugee camps, of the bleeding youth of Gaza on the way to freedom. Dressed in embroidered Palestinian clothes and big, antique silver jewelry, she was a musical icon — one of a kind.

She was one of the first artists to call for a cultural boycott of Israel. She could not understand how artists whose work encouraged resistance and called for liberation could, at the same time, perform in an occupying country.

There is not one Arab student who did not did not hear Rim Banna at least once — in a concert at one of the universities, at a protest, a march, or a parade.

In 2009, Banna was diagnosed with breast cancer. She began her battle against the occupier in her body, as she described it. She gave interviews to TV channels and cultural media programs around the world after she had lost her wild, curly hair, and was left with a shaved head, magnanimity, and big eyes that told the world: I am here. She resisted and refused to give in. At one point it seemed as if she had defeated the terrible disease.

Two years ago, Banna lost the ability to sing after her vocal chords were damaged. She underwent surgery to save her rebellious voice that had been silenced. She survived the operation and regained the ability to speak. “It’s not the same thing, but I will continue to sing to my people, as long as I breathe,” she said then.

Banna’s final battle against cancer began several weeks ago when her condition worsened. Family, friends, and her fans around the world prayed for her recovery, for her to wake up and return to health, as she had the previous times the disease returned. Thousands shared pictures of posts of support with the hashtag,  #انهضي_يا –ريم, “Rise Rim.”

On Saturday morning, rumors of her death broke across social media. A big, black cloud fell on the city of Nazareth. The dawn disappeared and darkness covered the hills of the Galilee that she so loved. A great sadness befell all of us — on me. It hurts to think that she will never again stand on a big stage, wrapped in a Palestinian flag and a keffiyeh, dressed in an black dress embroidered with red, orange, green, and purple.

Several months ago, Banna appeared in an Al-Jazeera video, in which she spoke about herself, her childhood as a young girl who got daydreamed in class — whom her teachers told she would never amount to anything. She called on children around the world to follow their dreams and not to give in easily to the oppression that holds them back.

Rim Banna left behind 10 albums, stories, songs, thousands of words, films she appeared in, jewelry she designed herself and, most of all, a legacy: thousands of students and young Palestinian women who hear her voice and her songs, and still dream of the day when we will be free from the occupation, patriarchy, and oppression — from the vast injustices on this earth.

Banna’s life ended with a mourning procession of thousands of men and women who came with tears and flowers to bid farewell. The songs of Palestine, which they sang as they marched, echoed through the streets of the grieving city of Nazareth.

BECOME A MEMBER
More About nazareth 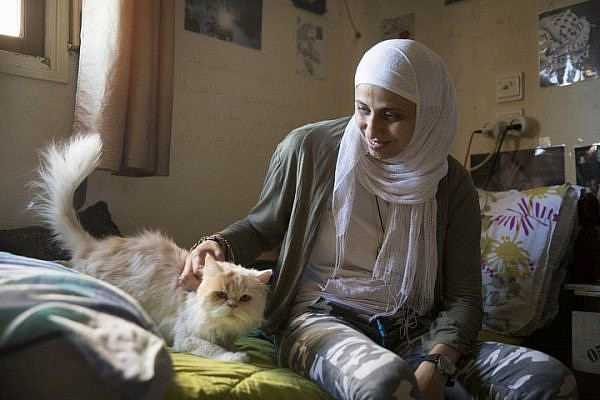 Meet the poet whose words Israel considers terrorism
After being convicted of incitement to terrorism, and just before she is handed her sentence, Palestinian poet Dareen Tatour opens up in a personal interview about her Kafkaesque trial, the struggle of Palestinian citizens, and why she is a real poet, despite what her critics may claim. By Oren Ziv On Tuesday, July 31, at…
By Oren Ziv July 27, 2018 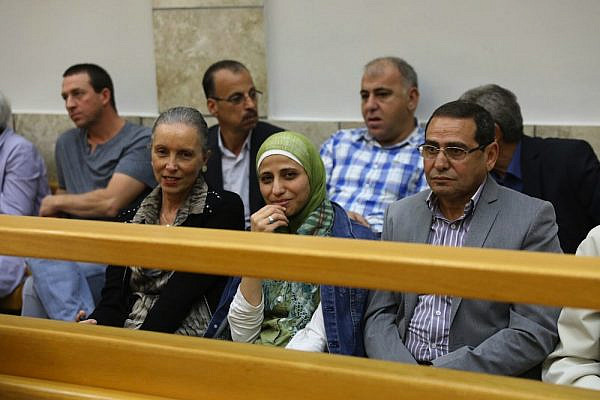 A bizarre end to the trial of Palestinian poet Dareen Tatour
By the time a verdict is handed down in her case, Dareen Tatour will have lost over two-and-a-half years of her life to prison and house arrest. By Yoav Haifawi Like a cartoon character who runs over a cliff but continues to run in the air, or Achilles who thought he could pass the tortoise easily,…
By +972 Magazine February 22, 2018