Israel and its Washington lobby have never dragged the U.S. into a war it didn’t want to fight. Iran would be a first. And if today’s talks fail, the countdown begins.

I never went along with the argument that the Israel lobby, taking its directions from Jerusalem, pushed the United States to invade Iraq in 2003. Israel wanted the U.S. to knock over Saddam, of course, but it didn’t make a lot of noise about it, and neither did its Washington lobbyists because Israel and AIPAC knew they didn’t have to push against an open door. The Bush administration wanted to go to war against Saddam as soon as 9/11 happened, and while I’m sure the administration saw the benefit to Israel as one more reason to invade, that was never the main reason. The Bush team fought that war because of its misbegotten notion of America’s national security, and they would have fought it even if there had been no Israel lobby – even if there had been no Israel.

But Iran is different. Israel and AIPAC have been leading the charge on this one for years, and they’re hardly hiding it – the Israeli campaign for America to get tough, tougher, toughest on Iran has been as bombastic as could possibly be. If America ends up bombing Iran first (unlikely), or being drawn into a war as a result of Israel’s bombing Iran first (much more likely), that American war will be stamped “Made In Israel” – not by Walt and Mearsheimer, but by everyone with eyes and ears in his or her head.

This is new. For all the Israel lobby’s power over U.S. policy in the Middle East, it has never led the U.S. into a war the White House and Pentagon clearly did not want to fight. And that’s what’s happening, that’s what’s been happening for nearly four years – the Obama administration and U.S. military establishment don’t want to fight in Iran, and Israel and AIPAC have been dragging them toward it with all their might.

Again, this is unprecedented. And it is quite a responsibility for Israel and the American Jewish leadership to assume – one they don’t want to face, though, because if they did, they might have to restrain their war-mongering, and for the AIPAC crowd, war-mongering on Israel’s behalf is just too much fun. But here’s the deal: If Israel hits Iran and Iran hits back at American targets and draws the U.S. into a war, and that war doesn’t go well for the U.S. – if American troops start getting killed, if the U.S. economy suffers, if the U.S. finds itself stuck in a war it doesn’t want and doesn’t know how to get out of – then not only Israel, but American Jews, too, are likely to be blamed by the U.S. public at large.

And for the first time in history, blaming the Jews for getting America into a war would not be anti-Semitic lunacy, it would be a logical reaction. I want to stress here that blaming American Jews in general for “wagging the dog” would be totally wrong and unfair – most of them are liberal doves. However, blaming AIPAC, the rest of the Israel lobby and, above all, Israel for wagging the dog would be like adding two and two.

These people, these “leaders” of ours, are playing with fire. Today the third and probably last round of talks between the U.S.-led six world powers and Iran begin in Moscow, and the Israel/AIPAC/GOP alliance has intimidated Obama, who is worried about the election, into a negotiating stance that seems doomed to failure. Essentially, the U.S. is demanding Tehran’s surrender – Tehran’s agreement to defang its nuclear program without the West’s agreement to lift or even delay the harsh economic sanctions due to start very soon. The U.S. has turned Clausewitz’s famous saying on its head – this is not a case of war being diplomacy by other means, but of diplomacy being war by other means. And the worst thing is that many “realists” believe Iran would agree to decisive nuclear concessions if the West agreed to lift sanctions in return – but Israel, its Washington lobby and the Republicans have branded this approach as weakness, appeasement, and Obama can’t afford to look like an appeaser with an election coming up. This is from “Obama’s drift toward war with Iran” by The Atlantic’s Robert Wright:

The administration’s nervousness about deviating from the perceived wishes of the “pro-Israel” community has been evident throughout these negotiations. Before the most recent round of talks–in Baghdad last month–Vice President Biden and other administration officials met with 70 Jewish leaders assembled by the Conference of Presidents of Major American Jewish Organizations. According to reporting by Ron Kampeas of the Jewish Telegraphic Agency, administration officials “emphasized that they will be steadfast in upholding one key Israeli demand: That sanctions not be sacrificed to the negotiating process.”

Sure enough, in Baghdad the…[six world powers], whose de facto leader is America, offered Iran no significant relief from sanctions, even in exchange for Iranian concessions that would have moved the world further away from war.

The Israel lobby’s ability to lead the U.S. toward a war it doesn’t want is not a function of Jewish money, or Jewish presence in the media, or the influence of Jewish psychiatrists – again, it is a brand new phenomenon and it stems from a brand new American political reality: the Republican Party, since losing power in 2008, has become synonymous with Likud USA. This is a key element in the radicalization and evangelization of the GOP – militant, anti-Muslim Israel, Bibi’s Israel, has become a holy Republican cause, right up there with tax cuts and fetuses. So when Israel wants the U.S. to take a negotiating stance toward Iran that’s guaranteed to fail, thereby paving the way for an Israeli war that could easily entangle the U.S., the Israel lobby has the Republicans, who control Congress and soon hope to regain the White House, as its amplifiers.

This didn’t use to be the case. The Republicans were never so crazy as they are today. AIPAC could not bend Obama to its will without the Republicans’ agreement – and without Obama’s, of course. But the Israel lobby and its boss in Jerusalem are no passive partner in Obama’s drift toward war with Iran – they are the driving force. The Republicans are too ignorant to craft an Iran policy of studied recklessness – they need Bibi’s mouthpieces to craft it for them. (See link below.)

The nuclear talks in Moscow are due to end on Tuesday. If they fail, as expected, I think the countdown to an Israeli attack begins. In the event of an Israeli war with Iran, it’s awfully hard to see America staying out of it. And if that happens, then Israel, its lobby in Washington and, unfortunately, American Jewry at large are going to have some explaining to do.

“Obama’s drift toward war with Iran” – Robert Wright, The Atlantic

BECOME A MEMBER
More About Israeli attack on Iran 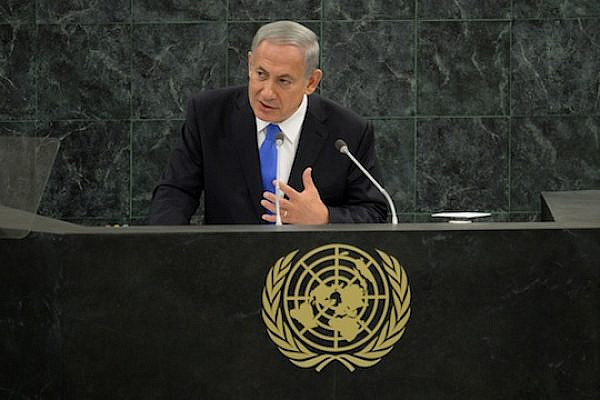 With tens of thousands of Jews living in Iran, why is Bibi calling their rulers Nazis?
A. He’s lying; B. He’s reckless; C. He’s both.   If Netanyahu really believes the Iranian regime is another Nazi Germany, if he really believes its creed is “death to the Jews” as he said in his speech this week to the UN General Assembly, why does he heap contempt on the regime and its…
By Larry Derfner October 4, 2013 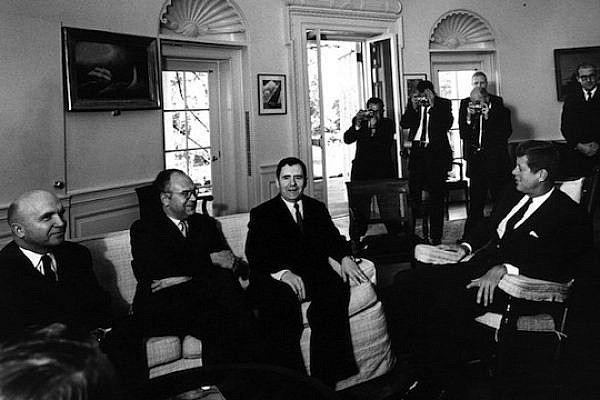 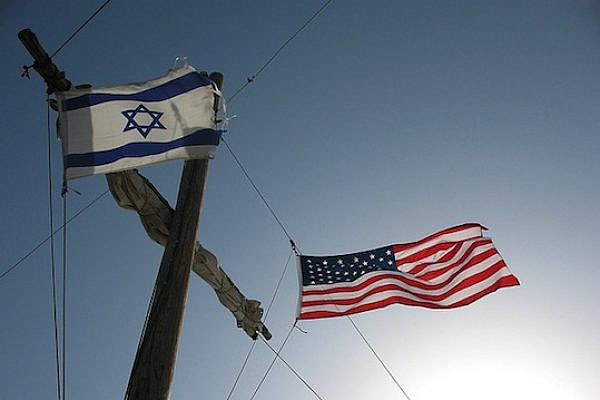 If Israel wants to end the race, let it get rid of its nukes
Iran didn’t start the Mideast nuclear arms race – Israel did. Nearly all the frightening forecasts of what life would be like with a nuclear Iran strike me as being hollow. I’m not worried about Iran nuking Israel – because the Iranians don’t want to commit suicide. I’m not worried about Iran giving nukes to…
By Larry Derfner September 9, 2012