The High Court of Justice had some sharp words for one settler who invaded private Palestinian lands and then perverted the law to prove they were his. So why did the prosecution close the case for ‘lack of public of interest?’

Several years ago – the precise date is disputed – a settler by the name of Michael Lessens began invading private Palestinian lands in the village of Qaddum (near his settlement of Kedumim), and fenced them for his private needs. As Lessens would later explain, he wasn’t acting on his own initiative; he received directions from the council of Kedumim to seize and till the lands, so that the settlement may later expand onto them. In documents which would come before the High Court of Justice, and which were originally presented to the Civil Administration’s appeals committee at the Ofer Military Court, Lessens stated that he had council officials sign documents allowing the land grab.

In 2007, Lessens began fencing the lands, that is, he attempted to stake his claim and prevent the legal owners from accessing them. The result was a legal process in which the owners of the lands were represented by Yesh Din’s legal team. At the same time, the police began an investigation against Lessens and others on suspicion of criminal trespassing. At first, Yesh Din turned to the chief of the Civil Administration, who ordered Lessens to stop using the lands. Lessens appealed, showing the appeals committee statements saying he was instructed to take over the lands. The committee accepted the appeal in a majority vote. However, the chief of the Civil Administration rejected the decision, ruling that the eviction order against Lessens is valid. Lessens, in response, appealed to the High Court, which was also dealing with an appeal by the residents of Qaddum, represented by Yesh Din, who demanded Lessens’s eviction.

Lessens had the nerve to claim that since he held the lands for more than a decade, that according to Ottoman land law – or  Lessens’s perverted version of it – the lands belong to him by virtue of possession and tilling. The High Court rejected Lessens’s appeal on March 30, 2012, and accepted the petition of the residents of Qaddum. The court had some choice words for Lessens:

Respondent 3 was interrogated by the appeals committee about his statement, and his words show he was tilling the land under instruction of the Kedumim Local Council, even though he knew it did not own the land. According to him, council officials instructed him to work the land out of security considerations and in order to create land reserves for future expansion by the council. These words tell us that Respondent 3 knew that neither he nor the council had rights to the land when he entered it and began working it, hence it is he who showed that his possession of the land is not honest possession.  There is no argument that the Kedumim Local Council has no right in the lands dealt with in this petition, which are beyond the council’s jurisdiction. Hence, it could not have the authority to instruct Respondent 3 to work the land. The admission by Respondent 3 that he worked the land according to the council’s instructions, knowing that it does not possess them, and for the reasons cited, by itself denies his claim of possession and indicates that Respondent 3 invaded the land knowingly and with malice. (Emphasis is mine. The High Court also noted that Lessens abused the legal process).

One part of the case ended well: Lessens was evicted from the lands he occupied in May 2012, some two months after the verdict. The criminal case, however, went differently. Complaints about Lessens’s criminal behavior were lodged back in 2007. However, the police prosecution refused to make a decision on the case until the High Court’s ruling. After the latter’s unequivocal ruling, the police prosecution took its time to think about it, and in October 2012 – more than six months after the ruling – informed Yesh Din that they decided to close the case “for lack of public interest.”

Really? One might have thought the public would have some interest in a felon who invaded lands for a long period while harming the livelihood of several families. One might think that an ambitious prosecutor would be rather interested in the precise details of the deal Lessens allegedly made with senior officials in the Kedumim Local Council. One might think that the prosecution, as well as the public, would have significant interest in finding out what position is held today by the person who, according to Lessens, gave him those instructions, and if he still gives such instructions.

One might have thought? Better think again. The police prosecution is not interested. And the public? It hasn’t an inkling what its servants are doing behind its back.

Get Our Weekly Newsletter
Before you go…
A lot of work goes into creating articles like the one you just read. +972 Magazine is nonprofit journalism, owned by many of our writers, editors, and journalists. In order to safeguard that independent voice, we are proud to count you, our readers, as our most important supporters. With your support, we can keep +972 Magazine a strong, independent, and sustainable force helping push the global discourse on Israel/Palestine.
DONATE
More About Ofer Military court 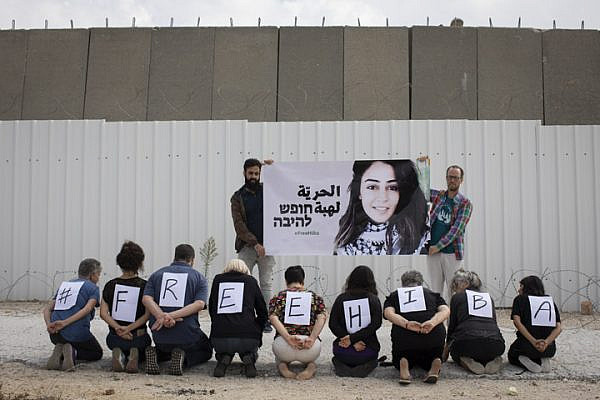