Israel’s attorney general decided to drop the case against racist book “Torat Ha’Melech” – since its racism was couched in religious terms.

The prosecution, backed by Attorney General Yehuda Weinstein, announced Monday that it is dropping the case against rabbis Yizhak Shapira, Yoseph Elizur, Dov Lior and Yizhak Ginzburg. The first two wrote a book called “Torat Ha’Melech” (The King’s Bible) two years ago. It is a religious treatise on the killing of gentiles – that is, when a Jew is permitted to kill a non-Jew. Lior and Ginzburg endorsed the book. It is worth noting that all four rabbis are state employees and belong to a state-funded yeshiva in the West Bank settlement of Yitzhar.

The main theme of the book was that pretty much everything goes; in a notorious paragraph, Shapira and Elizur – rabbis in the infamousleery yeshiva, which the ISA (Shin Bet) tried to close down – claimed that

For “harm,” read “kill.” There’s much more there, including permission to kill any gentile which does not follow the “Laws of the Sons of Noah,” which conveniently enough encompasses the vast majority of mankind, if by killing that gentile you intended to punish him for not following a divine mandate he was not aware of. All Christians, pagans and atheists are ipso facto non-Noah-observant, and can be slain at will.

Naturally, even in the decayed state of the only Jewish theocracy in the Middle East, this raised some eyebrows. An investigation went on leisurely, as the rabbis resisted being interrogated and the police was always leery of them. There were several large congregations of rabbis expressing support for the investigated rabbis; some of them would say afterwards they did not support the book in any way, but that they just could not stand aside while a rabbi was interrogated for preaching the torah. It is worth noting no serious rabbinical figure took on debunking the book, and, while it does contain some errors, is basically sound – according to Jewish law, that is.

The investigation has now petered out miserably. The most alarming part of the decision is its reasoning: Attorney General Weinstein noted that while Torat Ha’Melech contained severe racist terms, he did not have grounds for conviction, since the rabbis couched their incitement to racism in religious terms. Weinstein wrote that the law allowed for punishing someone who implicitly incited to racism was, well, his intention to such incitement, the law specifically exempted “religious studies” from prosecution.

Weinstein is certainly correct. The Israeli criminal code – article 144c(b) – is explicit: “publishing a quotation out of religious tracts and prayer books, or maintaining a religion’s practice, would not be considered a felony according to article 144b, so long as it was not done purposefully to incitement to violence.” Since Shapira and Elizur went to the trouble of writing 230 pages of incitement to racism, replete with scholarly quotations, they are off the hook.

Basically what this decision means is that Israel’s hate speech laws are dead. Jewish racism is religious by nature. This is not an accident: the Knesset was moved to write the prohibition against racism after Meir Martin Kahane was elected in 1984, and used it as a platform for vile racism – though it seems mild compared to what we’re seeing these days from Danon, Regev, and the rest of the litter.

The daily prayer Shmone Esre, repeated three times a day contains a curse against Christians and other heretics; and other prayers basically call for the fall of the gentile nations.  The Havdala, the prayer separating the Sabbath from the work week, contains the phrase “He who separated light from darkness, between holiness and the secular, between Israel and the nations.” There are various nasty and racist Jewish laws (Shas spiritual leader Ovadia Yosef recently reminded us the only reason Jewish doctors are allowed to treat gentiles on the Sabbath is for fear of being sacked if they won’t), which would be illegal to impart if the law was to have any teeth.

So they had to grant religion (read: Orthodox Judaism) an exemption. By doing so, they fatally weakened the law. It became so brittle, even Kahane voted for the law which was supposed to outlaw him.

While this was the law for some 25 years now, the prosecution did everything it could to avoid testing it. There is only one rabbi I can think of, Ido Alba, who was prosecuted for violating it; he wrote a book named “an investigation into the religious edicts regarding the killing of a gentile.” But that was in the 1990s, soon after the Goldstein massacre (Alba was a fan), and presumably Alba was not cautious enough. There is reason to think that, under the careful Weinstein, Alba would not have been prosecuted at all.

So, if you want to spout racism in Israel, wear your yarmulke, quote your Maimonides, and you’ll be fine and dandy. This was basically the case for 25 years; now the prosecution openly admits it.

One does wonder, though, whether an Imam expounding away the religious edicts of Jihad would fare just as well under the scrutiny of Weinstein.

email
Before you go…
A lot of work goes into creating articles like the one you just read. +972 Magazine is nonprofit journalism, owned by many of our writers, editors, and journalists. In order to safeguard that independent voice, we are proud to count you, our readers, as our most important supporters. With your support, we can keep +972 Magazine a strong, independent, and sustainable force helping push the global discourse on Israel/Palestine.
DONATE
More About yehuda weinstein 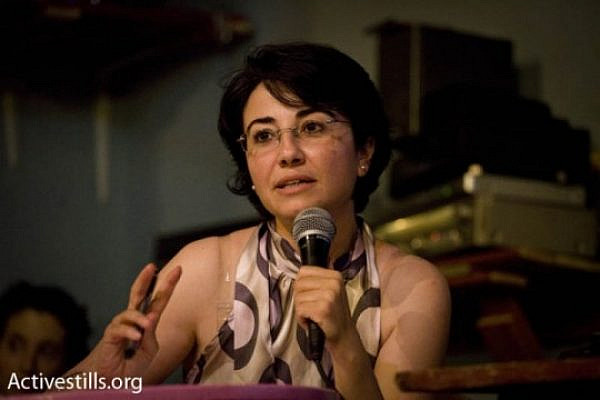 Attorney General: MK Zoabi likely to stand trial for incitement
The decision is just one of several that have targeted the Arab Knesset member over the past year.  Israel’s Attorney General Yehuda Weinstein announced Tuesday that he has decided to indict MK Haneen Zoabi (Balad) for incitement to violence and disgracing a public official. Weinstein summoned Zoabi to a pre-indictment hearing, upon the recommendation of several…
By Edo Konrad January 6, 2015 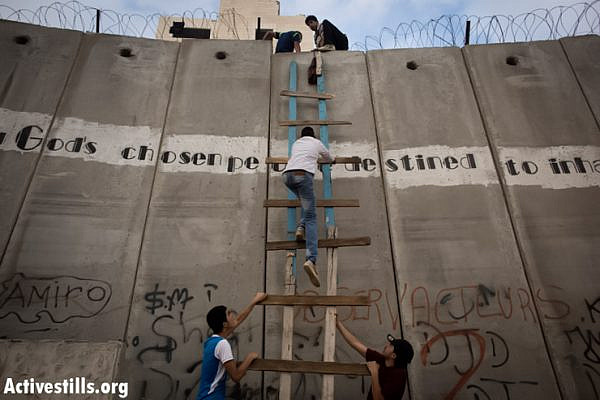 From Ramadan ordeals to housing protests: A week in photos – July 18-24
This week, West Bank Palestinians make their way to Jerusalem to pray in al Aqsa Mosque during the holy month of Ramadan, African asylum seekers protest the country’s Anti-Infiltrator Law outside the attorney general’s home, an Israeli human rights worker is shot by Israeli forces and Israelis demonstrate for housing rights.        …
By Activestills July 25, 2013 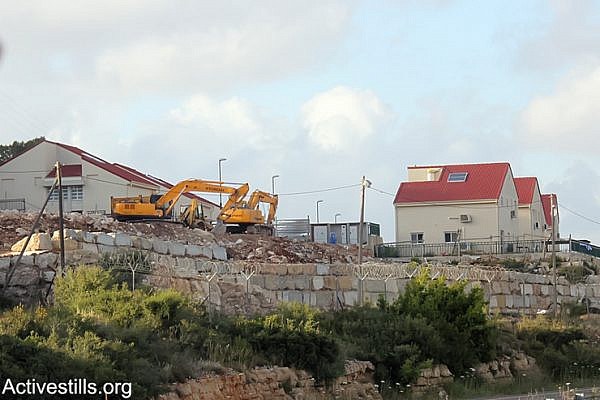 When it comes to West Bank outpost, attorney general aids in bypassing the law
Contrary to a High Court ruling, Attorney General Yehuda Weinstein has ordered the government to refrain from removing 30 structures from the Amona outpost. One hopes that this time, the court will put Weinstein in his place for a change. By Yesh Din (written by Yossi Gurvitz) When a government office issues a press release…
By +972 Magazine July 23, 2013