Much of the Israeli public believes Palestinians lie constantly. This time, Yossi Gurvitz witnesses and documents evidence in real time. 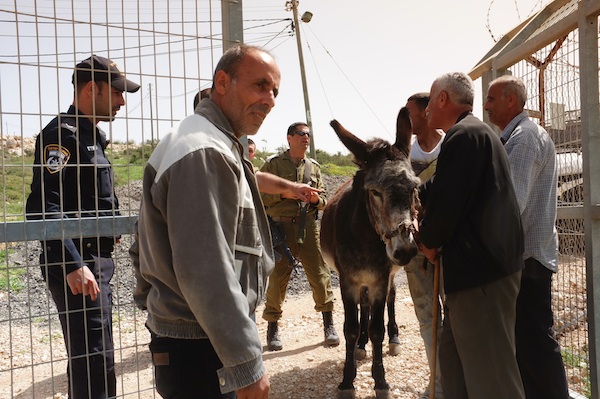 One of the problems with reporting what happens in the West Bank to the Israeli public is that it has grown accustomed to thinking that Palestinians lie. All of them. All the time. Without taking a break. This isn’t the place to examine this social construct – one suspects it exists because it is so convenient. Because it makes it easy to ignore every complaint with a shrug – and certainly Palestinians have been known to exaggerate claims from time to time. On the other hand, the Israeli tendency is to accept every testimony coming from an Israeli, particularly if he is in uniform. This unfortunate tendency, common also on the part of the courts, has no legs to stand on. There’s probably nothing less trustworthy than a group of partners in crime, be they settlers or uniformed officials, trying to cover for each other. An Israeli board of inquiry, the Orr Committee, already noted that “a culture of lies” is endemic in the police, and former general Uri Sagi referred to the IDF Spokesman as “lying, as is his habit.”

The problem with taking testimonies of what happens in the West Bank is that the questioning often takes place with a considerable delay after the events, and the police do not like investigating incidents. The ability to capture events in real time is limited; the attacks come suddenly, and most Palestinians – particularly the farmers – do not habitually carry a camera on them.

Sometimes, however, everything falls into place. Some two weeks ago, your humble servant went to the West Bank along with a Yesh Din volunteer, Edna, and our field researcher, Firas. We were supposed to go someplace else, but Firas received a report of an attack which just took place in Yasouf, so we galloped there.

We reached the place at about 11:30 a.m., and started taking testimonies. The story was simple, humdrum, and depressing. The farmers of Yasouf received a very limited permit to work their lands adjacent to the Tapuach settlement: it was limited to two days. When the farmers came early on the first morning, they found two settlement security vehicles blocking their way to the lands, as IDF soldiers watched on, doing nothing. An officer from the IDF’s Civil Administration intervened, and the settlers left.

About half an hour later, five men came out of the settlement’s north gate – it’s locked, so how they opened it is a mystery – and one of them was hooded. They started throwing stones at the farmers working their land, who retreated. Three of the attackers advanced while throwing stones at the farmers, and the two others grabbed their donkey, which carried some agricultural equipment, and pulled it through the gate in Tapuach.

As we were taking testimonies, I noticed some movement near the gate, which is some 200 meters from the place where we stood. I went there, and saw forces of the Police, the Border Police, the Civil Administration, as well as a settler looking very angry, who were holding a donkey. For once, the policing forces were doing their job, and returned the stolen donkey. A few minutes later, a stolen plowshare – which originally was on the donkey – was also found and returned, and it too passed through the gate from Tapuach to Yasouf. I heard the Civil Administration officer saying they found the donkey “inside the settlement.” The Palestinians said that other equipment carried by the donkey was still missing. 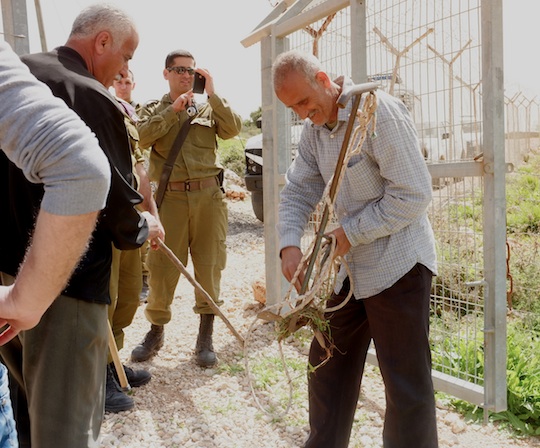 So, this time, there was a camera at the right place at the right time, and it provides us with the proof we are not willing to accept when it is backed only by the words of Palestinians. The police, this time, have all the evidence they need: there are security cameras on the gate to Tapuach. The attack and the theft ought to be thoroughly documented.

And still, I have full faith in the ability of the Israeli police to botch its job and not catch the criminals, even when documentation exists. After all, some of the policemen live in the settlements, and they, too, are exposed to the “price tag” culture. But this time it will be spared: the Palestinian residents, who know well what they can expect from Israel’s finest – a big bowl of nothing, with an added bonus of more molestation – have decided not to ask for an investigation. Even though the evidence is clear.

Another day in the West Bank, another day of injustice, endorsed by the State of Israel. 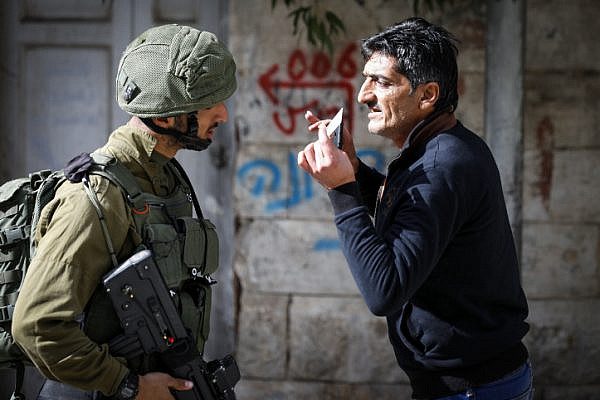