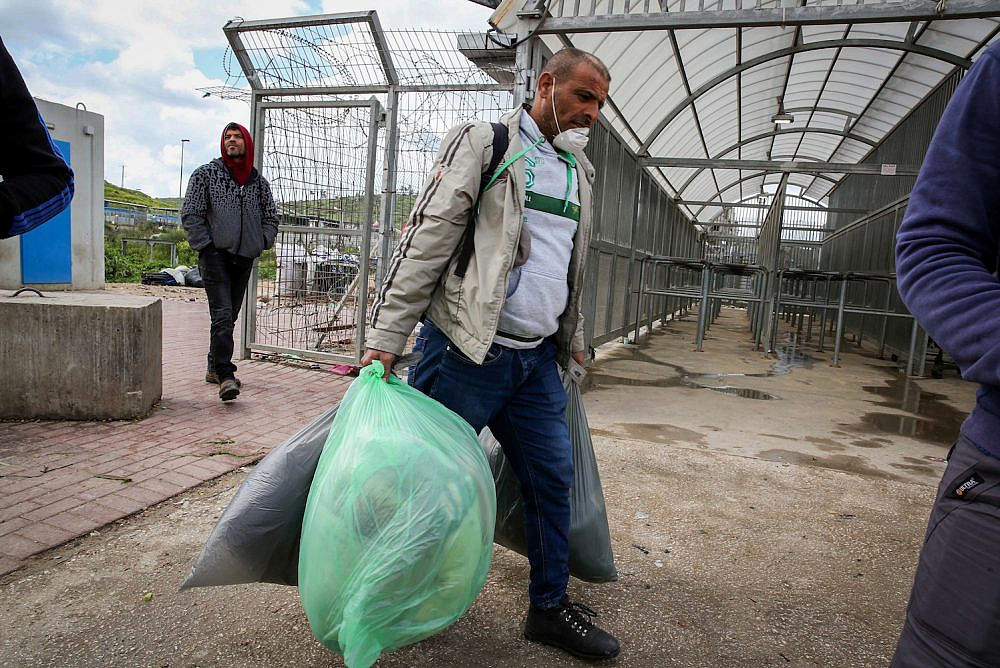 What happens to Palestinian laborers in Israel who are suspected of contracting the novel coronavirus? Based on two recent stories, it appears the Israeli authorities are simply dropping off sick Palestinian workers at a checkpoint in the occupied West Bank without any concern for their health and safety.

Palestinian social media was alight on Monday after a video surfaced of a Palestinian worker, Malek Jayousi, laying on the side of a road next to the Beit Sira/Macabbim checkpoint. The 27-year-old Jayousi, from the nearby village of Sura, had been left there by Israeli police after accusing him of having the coronavirus.

Ibrahim Abu Safiyyeh, a local journalist who volunteers with his village’s emergency committee — which was established to help Palestinians at the Beit Sira checkpoint — was on the scene when police arrived with Jayousi at around noon. “Two officers sat in the front seat. The car stopped and the man [Jayousi] stepped out and could hardly walk toward the checkpoint. The officers got out of the vehicle, disinfected themselves and the backseat, got back in the car, and drove off,” recounted Abu Saffiyeh.

Jayousi explained to Abu Saffiyyeh that Israeli police officers had come to the construction site where he works in Tel Aviv, told him he had coronavirus, and took him away.

“He looked very frightened,” said Abu Saffiyeh. “We placed a piece of cardboard on the floor. We couldn’t get close to him because we don’t have protective suits, we use very simple masks. We gave him water and food and he told us he couldn’t eat or drink. He sat scared and shivering. We immediately called the Red Crescent in Ramallah. It took them about three hours to arrive.”

Hospitalized at Al-Watani Hospital in Nablus, it turned out that Jayousi did not have coronavirus. His cousin, Samih Jayousi, said members of his family had recently come down with the flu, though Malek is still at the hospital for additional tests.

At a press conference on Tuesday morning, Palestinian Authority Spokesperson Ibrahim Malham confirmed that Jayousi’s coronavirus test came back negative, and condemned the “racist behavior of the Israeli government, army, and employers who are throwing their workers into the street.” Malham told Palestinian workers to refrain from going to workplaces in Israel where they are subjected to racism.

The Israeli police issued the following response to the incident: “Last night, Israeli police received a report from Ichilov Hospital of a suspect who was illegally residing in Israel and arrived at the hospital for an examination. After being examined and released by the medical staff, police arrived on the scene and, after taking necessary precautions, drove him to Maccabim checkpoint since he had been in Israel illegally. The suspect is not a coronavirus patient and was released at the checkpoint in a dignified manner after a stop was put to the violation of the law, as required. Even in this national emergency, Israel Police will continue to enforce the law, including by preventing illegal residency in Israel.”

Jayousi is not the first Palestinian laborer to be dropped at Beit Sira checkpoint on suspicion of being infected with coronavirus, says Abu Saffiyeh.

On Sunday at around 2 p.m., Abu Saffiyeh saw a man step out of a taxi at the checkpoint, who “told us that he needed help and that he might have coronavirus.” The committee members laid a piece of cardboard on the ground and gave the man water, but did not get close to him.

The young man told them he was 32, lives in Jalazoun refugee camp near Ramallah, and works at a construction site in Israel. He had a fever during work and asked his employer to call an ambulance. The worker said his employer refused, so he called an ambulance himself, but the medics refused to take him to an Israeli hospital. “His employer told him to take a cab home, and that’s what he did,” said Abu Saffiyeh.

The volunteers from Beit Sira called the Red Crescent, which — like with Jayousi — took three hours to arrive at the checkpoint. “I have no idea what became of him,” Abu Saffiyeh added. “The moment you become sick, they throw you to the checkpoint like a dog.”

According to estimates by Kav LaOved, an Israeli NGO that works to protect the rights of disadvantaged workers, there are approximately 60,000 Palestinian workers in Israel. They are mostly employed in construction, fruit and vegetable picking, and chicken/egg farming.

So far, Israeli employers have not provided them with housing or protective measures against the coronavirus pandemic, leaving many workers sleeping at construction sites and in greenhouses.

At the beginning of the coronavirus outbreak, Defense Minister Naftali Bennett announced that he was conditioning the continued employment of Palestinian workers by forcing them to stay in Israel for at least two months, without the option of visiting their families in the West Bank.

Kav LaOved, along with the Association for Civil Rights in Israel and Physicians for Human Rights–Israel, contacted Bennett and other ministers demanding they provide Palestinian laborers adequate accommodation, prohibit employers from housing them on work sites, and grant them medical insurance. 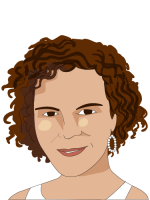