The director of one of East Jerusalem’s busiest hospitals explains the unique challenges in treating demonstrators under occupation. ‘I don’t know what will happen, or when it will happen, but there will be trouble.’ 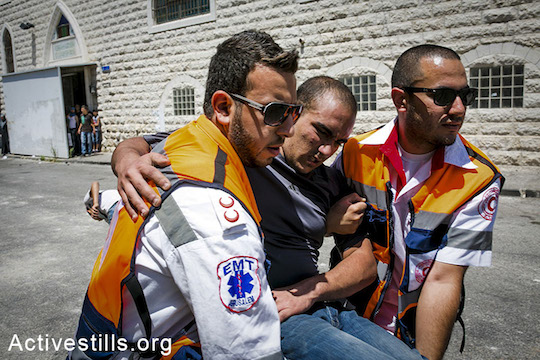 As violent clashes between Israeli security forces and Palestinians in Shuafat surrounding the murder of Muhammad Abu Khadr began to let up early Thursday morning, the clashes were creating another serious problem just down the road: one East Jerusalem’s busiest hospitals was facing an empty blood bank.

Makassed Islamic Charitable Hospital in at-Tur received 42 patients from Shuafat on Wednesday. When clashes take place in East Jerusalem, Red Crescent paramedics must decide whether to send their patients to West or East Jerusalem hospitals. Those suffering tear gas inhalation are treated on the scene; more serious injuries are brought to Hadassah Ein Karem for emergency surgery; everything else is sent to Makassed, or the nearby Saint Joseph Hospital in Sheikh Jarrah.

During yesterday’s bind, faced with a dire blood shortage due to the influx of injured demonstrators, one hospital employee turned to a friend of his – a Palestinian studying at the Hebrew University. At 2 a.m. on Thursday the student posted a note in a Facebook group of other Arab students studying in Jerusalem that the hospital needed to fill its blood bank. An hour later Makassed’s hallways were filled with volunteers to donate blood.

The Facebook group isn’t political, one student told me, but rather a forum for organizing social outings. After the message was posted, throngs of students walked from Hebrew University’s campus in nearby French Hill to the hospital. Others shuttled back and forth in cars, picking up students in a loop. As of Thursday afternoon, the hospital’s blood bank was overstocked.

“There’s really nothing to say about how it happened,” the student, who requested anonymity out of security concerns, explained to me. “The hospital employee knew one of us and so he called. About 30 students showed up to give blood, and five medical and nursing students helped the staff.” As far as what these students plan to do in the coming days as events continue to unfold, he offered a simple explanation: “we are just waiting to help, that’s it.”

But Makessed faces longer-term issues that might be messy to untangle – especially if the violence continues. Dr. Rafiq Husseini, the first non-medical doctor to direct Makassed, is charged with turning around the hospital’s administrative and financial systems and, as he said, help the hospital survive. Other problems are unique to the Israeli occupation. The political situation here makes it difficult for him to staff up. Employees have to gain Israeli work permits and navigate checkpoints just to make it to the hospital. Moreover, patients cannot often afford their treatment, and those who arrive with their families from Gaza or the West Bank have to be housed and fed by the hospital. Husseini himself receives no salary.

Photos of the week: A chronology of two kidnappings

Husseini doesn’t believe that there is a deliberate effort to start a new intifada, but he warns that trouble could be just around the corner.

“On the first day of the [Second] Intifada in 2001, the Israeli authorities killed eight Palestinians. The injuries we treated yesterday were minor. This makes me think that the army doesn’t want to escalate,” Husseini explained Thursday afternoon. “Another intifada is not politically, economically, or militarily viable for the Israelis.”

But coming days will test both Husseini and Makassed. Today is the first Friday of Ramadan, which concerns Husseini: “I don’t know what will happen, or when it will happen, but there will be trouble.” Local news agencies are now reporting that Abu Khadir’s body will be returned to Shuafat from the Abu Kabir Forensic Institute in Tel Aviv today and the funeral procession will begin after afternoon prayers. 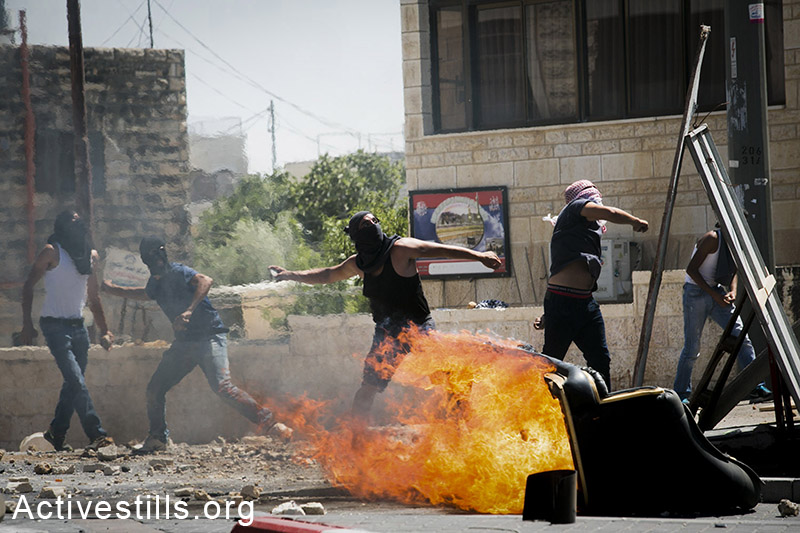 Palestinian youths clash with Israeli forces during a protest following the suspected kidnapping and murder of a Palestinian teenager, East Jerusalem, July 2, 2014. A total of four journalists and dozens of protesters were injured in the clashes. (Oren Ziv/Activestills.org)

Another nettlesome problem lies between the Palestinian Red Crescent and Magen David Adom. There is little coordination between the two during the kinds of clashes seen yesterday. Makassed, which employs between 40 and 50 resident doctors, is the Red Crescent’s hospital of choice due to its size and the professionalism of its staff, which, Issa Imam, a dispatcher at the Red Crescent says, is well coordinated.

All of Makassed’s resident doctors are on call, an abnormality for this cash-strapped hospital. Imam voiced a sense of optimism. “We’re always ready—for clashes, for traffic accidents. This is our job. It’s normal.”

Related:
Why this isn’t a ‘new’ intifada
Palestinian teen murdered in suspected ‘revenge kidnapping’
Our problem with selective sympathy for young victims

Get Our Weekly Newsletter
Before you go…
A lot of work goes into creating articles like the one you just read. +972 Magazine is nonprofit journalism, owned by many of our writers, editors, and journalists. In order to safeguard that independent voice, we are proud to count you, our readers, as our most important supporters. With your support, we can keep +972 Magazine a strong, independent, and sustainable force helping push the global discourse on Israel/Palestine.
DONATE
More About kidnappings 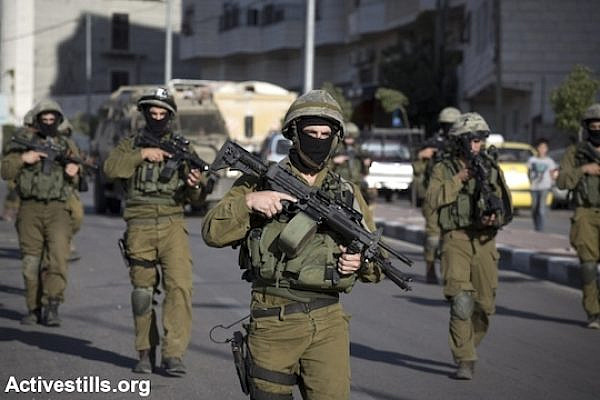 Israeli fakes own kidnapping, Palestinians pay the price
Israelis were enraged by the ‘prank’ yet somehow managed to ignore the army’s violent response of house-to-house searches, closures and arrests. By Yael Marom About the same time that news of a nuclear deal with Iran made its way into the headlines Thursday night, reports came out about the suspected kidnapping of an Israeli in the…
By +972 Magazine April 3, 2015 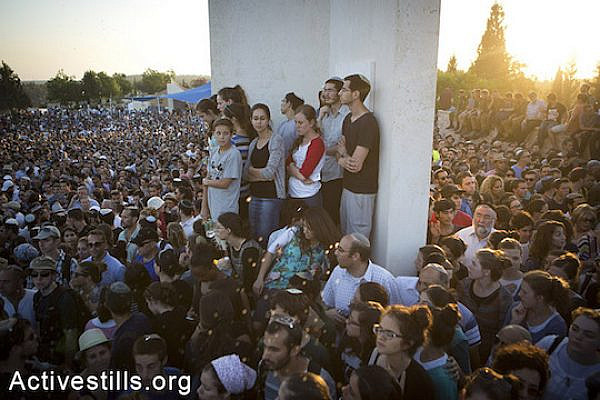 Beyond Gaza: Runners-up for 2014’s ‘Story of the Year’
The Gaza war was a clear choice for +972’s selection as story of the year (read it here). But the other nominated stories need to be told, too. +972 bloggers explain why they made their nominations. From the kidnappings to a new paradigm for Jewish-Arab relations to a growing opposition among U.S. Jews. The kidnap-murder…
By +972 Magazine December 31, 2014 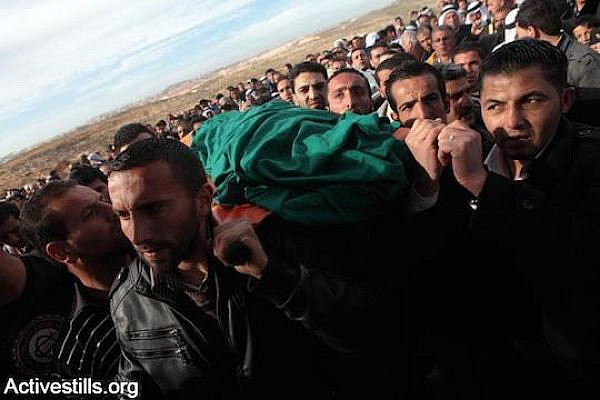 Details of Palestinian deaths jeopardize a system of denial
The news says, ‘the IDF doesn’t kill children in vain.’ And everyone here nods with a serious ‘moral gaze.’ By Nir Baram While mourning the horrific murder of the three Israeli boys by despicable murderers, yet again we hear the familiar calls of, “in times like these there is no Left and Right. We are…
By +972 Magazine July 7, 2014