Hillel Garmi, who was inspired by one of the leaders of Gaza’s ‘Great Return March,’ served seven prison terms for his refusal to join the Israeli army. 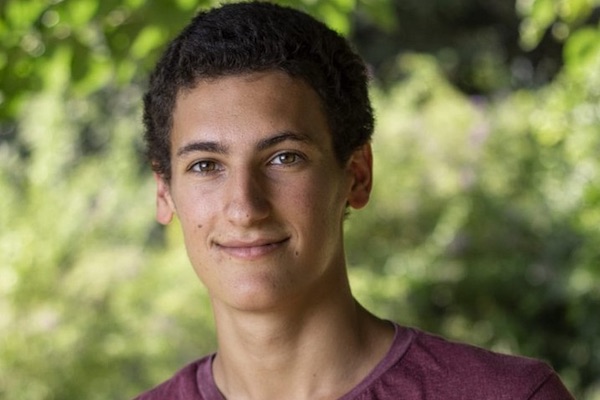 The Israeli army discharged conscientious objector Hillel Garmi on Sunday after imprisoning him for a total of 107 days. Israel has compulsory military service, and Garmi refused to be drafted due to his opposition to the occupation.

Garmi, 19, from Yodfat in northern Israel, is one of the initiators and signatories of the “Shministim letter,” published earlier this year by dozens of Israeli high school seniors who declared their refusal to serve in the Israeli army. He served seven successive prison terms since July.

Upon leaving military prison on Monday, Garmi said: “The five months I spent in prison were dedicated to the struggle against the occupation and the siege, for the sake of the five million Palestinians who actually live under the rule of the Israeli government, but do not enjoy the right to elect it.”

“In all the days and nights I spent in prison, I tried to keep in mind the Palestinians suffering from the ongoing humanitarian crisis in the Gaza Strip, which includes a shortage of drinking water, food, and medicine, or Palestinians under occupation in the West Bank, which includes land grabs, arrests and random searches,” Garmi said.

“There were people who told me that I was shirking my responsibility [to ensure] the security of the citizens of Israel, but I think that it is precisely with this act that I take responsibility for the safety of all the people affected by what I do — both Israelis and Palestinians.”

In his declaration of refusal, Garmi explained that he was inspired by Ahmed Abu Artema, one of the lead organizers of the ‘Great Return March’ protests on the Gaza border. “I was impressed to find people who prefer to deal with the situation between the Jordan River and the sea without resorting to violence,” wrote Garmi. “I, too, believe in civil disobedience – in applying nonviolent pressure to highlight a government’s lack of morality.”

Abu Artema responded to Garmi in a letter published on +972, in which he praised the conscientious objector’s decision for helping to “end this dark period inflicted on Palestinians, and at the same time mitigate the fears of younger Israeli generations who were born into a complicated situation and a turbulent geographical area deprived of security and peace.”

Earlier this month, an IDF disciplinary body sentenced Israeli conscientious objector Adam Rafaelov to an additional 10 days in military prison for his refusal to be conscripted. Rafaelov, 18, from Kiryat Motzkin in northern Israel, has been sent to prison seven times since July when he was first sentenced. He has served a total of 87 days behind bars. Like Garmi, Rafaelov is being accompanied by “Mesarvot,” a political Israeli network that provides supports for conscientious objectors.