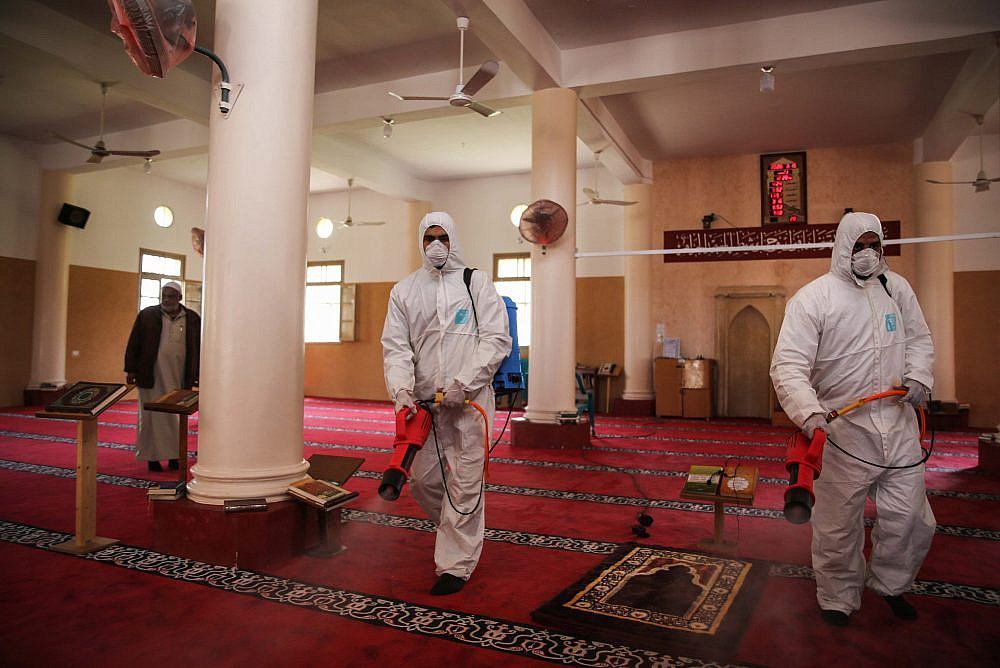 Palestinian Health workers spray disinfectant as a precaution against the new coronavirus in the Al-Omari Mosque in Gaza City. March 15, 2020. (Ail Ahmed/Flash90)

The Palestinian Health Ministry today reported its first two cases of the novel coronavirus in the Gaza Strip. For weeks the Hamas-led authority, which has ruled the blockaded territory since 2007, undertook serious measures to preempt the arrival of the virus to the strip. Up until its decision to seal off its sides of the Rafah crossing with Egypt and the Erez checkpoint with Israel, hundreds of Palestinians who entered the strip were immediately quarantined to ensure they had no symptoms of the disease.

These actions, however, are of very little comfort.

It is no exaggeration to say that the prospect of COVID-19 spreading in the Gaza Strip is terrifying. This year, 2020, is the year in which the United Nations and other international agencies predicted that Gaza would become “uninhabitable.” If Israel’s 13-year blockade and isolation of the strip continued, they warned, Gaza’s most basic services and its capacity to sustain itself would collapse.

As the specter of the coronavirus haunts the strip’s 2 million Palestinian residents, half of whom are children, the world needs to face an urgent truth: Gaza, which has long been unlivable under its current conditions, will be even more so now that the virus has reached its people.

For years, international NGOs, and even some Israeli officials, have warned that Gaza’s health system is on the verge of collapse, incapacitated by decades of systematic de-development, impoverishment, and siege. All the problems of the Israeli blockade are entangled and heightened in Gaza’s health sector: a severe water crisis, an extreme power shortage, high rates of unemployment, and crumbling infrastructure. 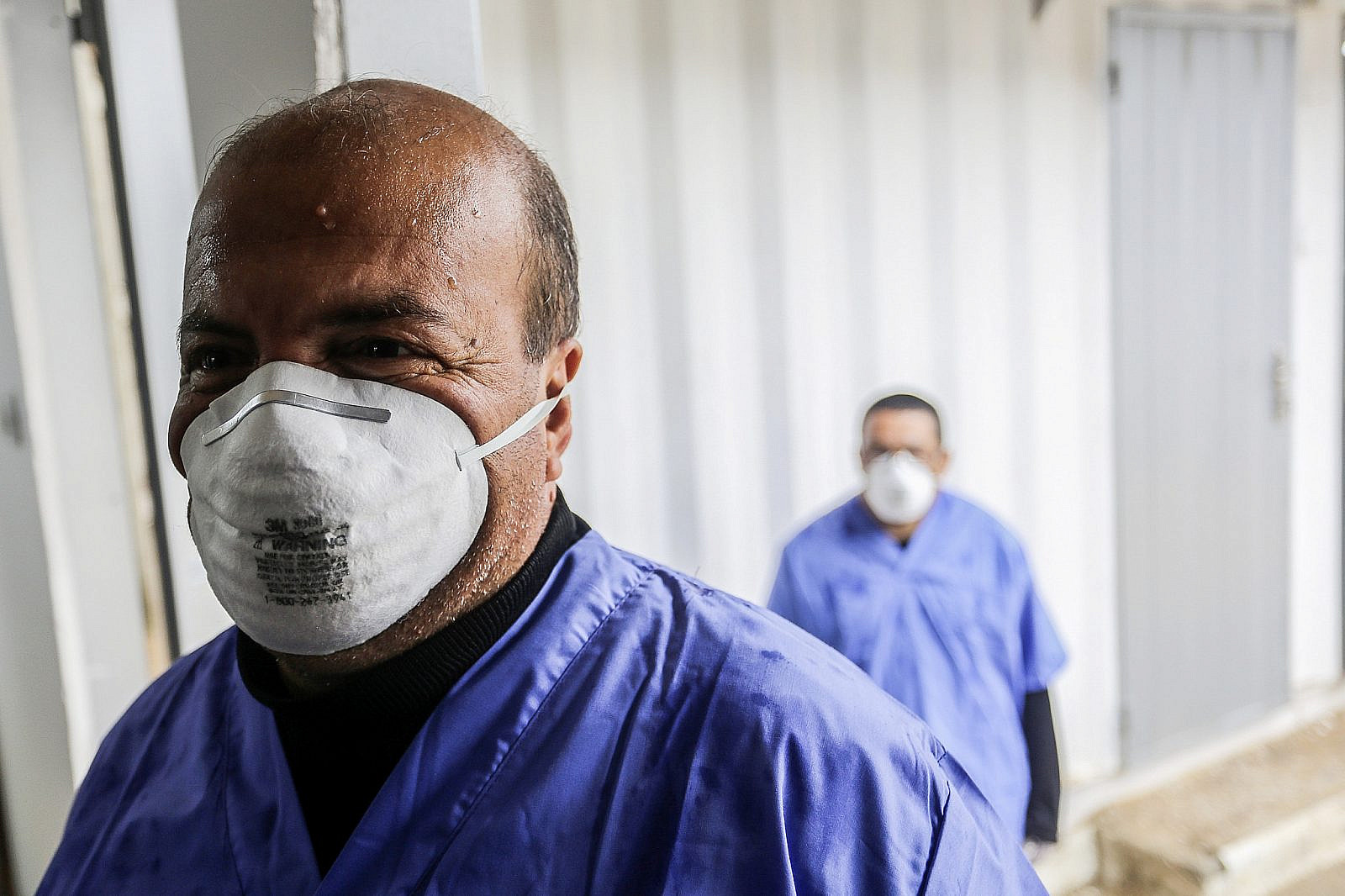 As such, Gaza’s healthcare system is not equipped for a COVID-19 breakout. It has a total number of 2,895 hospital beds, or 1.3 beds per thousand people. It has just 50 to 60 ventilators for adults. According to the head of the WHO’s sub-office in Gaza, Abdelnasser Soboh, Gaza is only prepared to handle the first hundred cases of the virus; “After that, it will need further support.”

The health system is further aggravated by the emigration of many Palestinian health professionals due to Gaza’s economic crisis. More than 35,000 Palestinians have left the strip since 2018 alone, among them dozens of doctors and nurses. A Health Ministry official declared they would need at least 300 to 400 more doctors just to close the gap and meet the population’s minimum needs.

Another feature of Gaza’s existence could fuel a mass spread of the virus: population density. According to scientists, “crowded conditions can increase the likelihood of people transmitting infectious diseases” — and with an average of 6,028 persons per square kilometer, Gaza has one of the highest population densities in the world. Its over-crowdedness is only surpassed by a few places, such as Hong Kong; but while people can freely move in and out of Hong Kong, the majority of Palestinians in Gaza are caged there against their will.

In the shadow of the global pandemic, these conditions in Gaza are a recipe for a disaster. Yet they are not the result of some unfortunate accident; they are a deliberate product of decades of Israeli state policy, consciously designed and maintained to achieve Gaza’s disintegration. 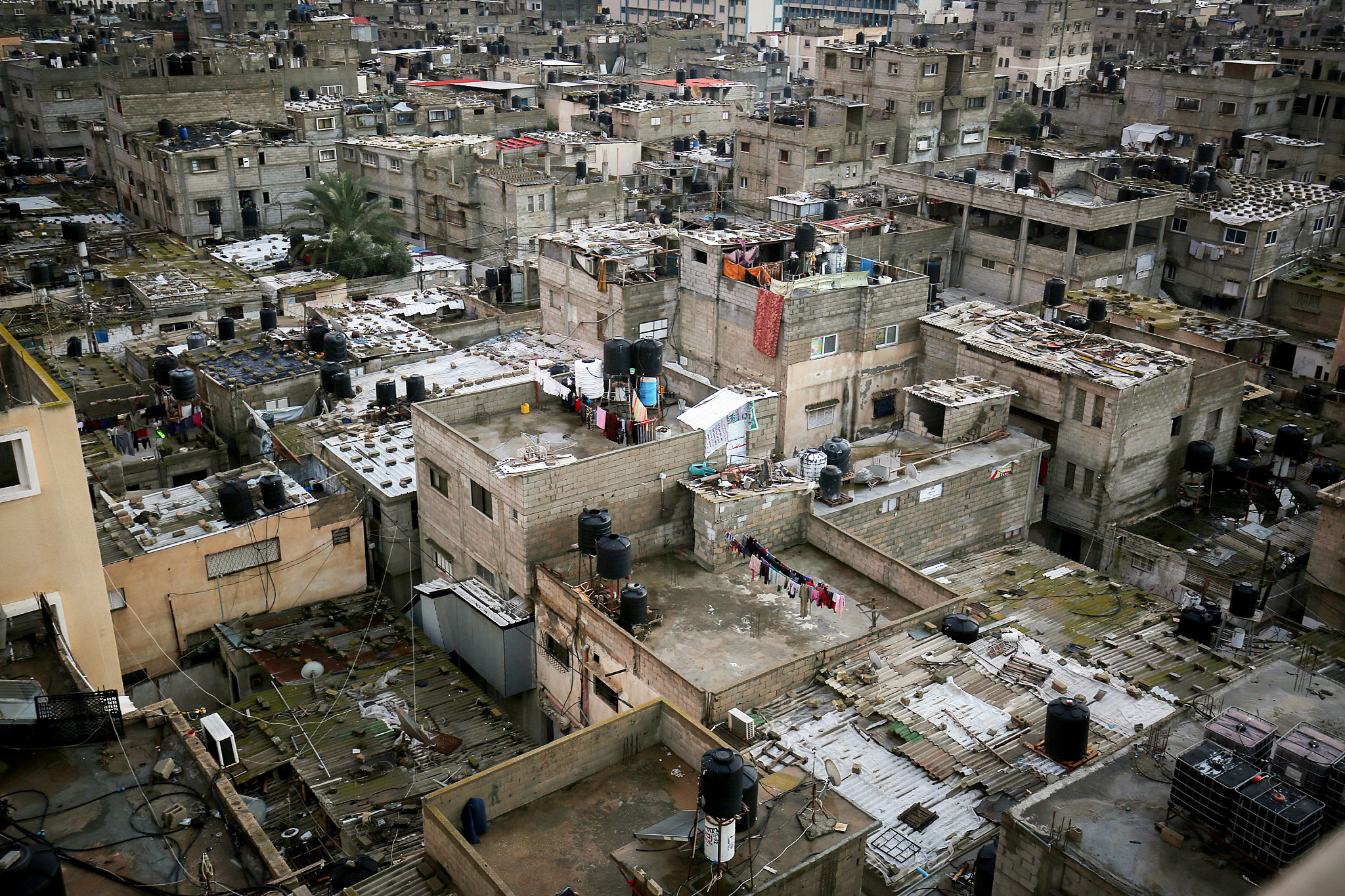 Most of the 2 million Palestinians living in the tiny strip today are descendants of 200,000 refugees who fled or were expelled during the 1948 war that created the State of Israel, joining around 80,000 to 100,000 Palestinians who resided in the area at the time.

These refugees believed that their stay in Gaza would be temporary, but Israel quickly built militarized fences to confine the Palestinians, and enacted laws to make their displacement permanent. These included the 1954 Prevention of Infiltration Law, which deemed any attempt by Palestinians to return to their land, homes, and property as illegal. Many Palestinians who tried to do so were shot and killed by Israeli forces.

When Israel conquered the strip in 1967, it enabled Jewish settlers to take over 25 percent of the already-small territory, comprising about 40 percent of its arable land. Until Israel’s “disengagement” in 2005, four decades of Jewish settlement worsened Gaza’s over-crowdedness and prevented Palestinians from building and expanding within the strip. Since then, repeated Israeli military offensives decimated Palestinian homes and further displaced tens of thousands of families.

Put bluntly, the Gaza Strip is in its current shape because of the logic of Israeli expansionism: the state’s relentless drive to maintain a Jewish majority at the direct expense of the Palestinians. Two million Palestinians are trapped in Gaza not because they chose this life, but because it was forced upon them.

The threat of COVID-19 looming over Gaza is perhaps a last opportunity to say what many refuse to hear: Gaza’s problem is not a lack of humanitarian aid, as urgent as it may be. It is territorial, demographic, and political. It is about who, between the Jordan River and the Mediterranean Sea, is privileged and who is not; who gets to live and thrive on the land, and who does not. 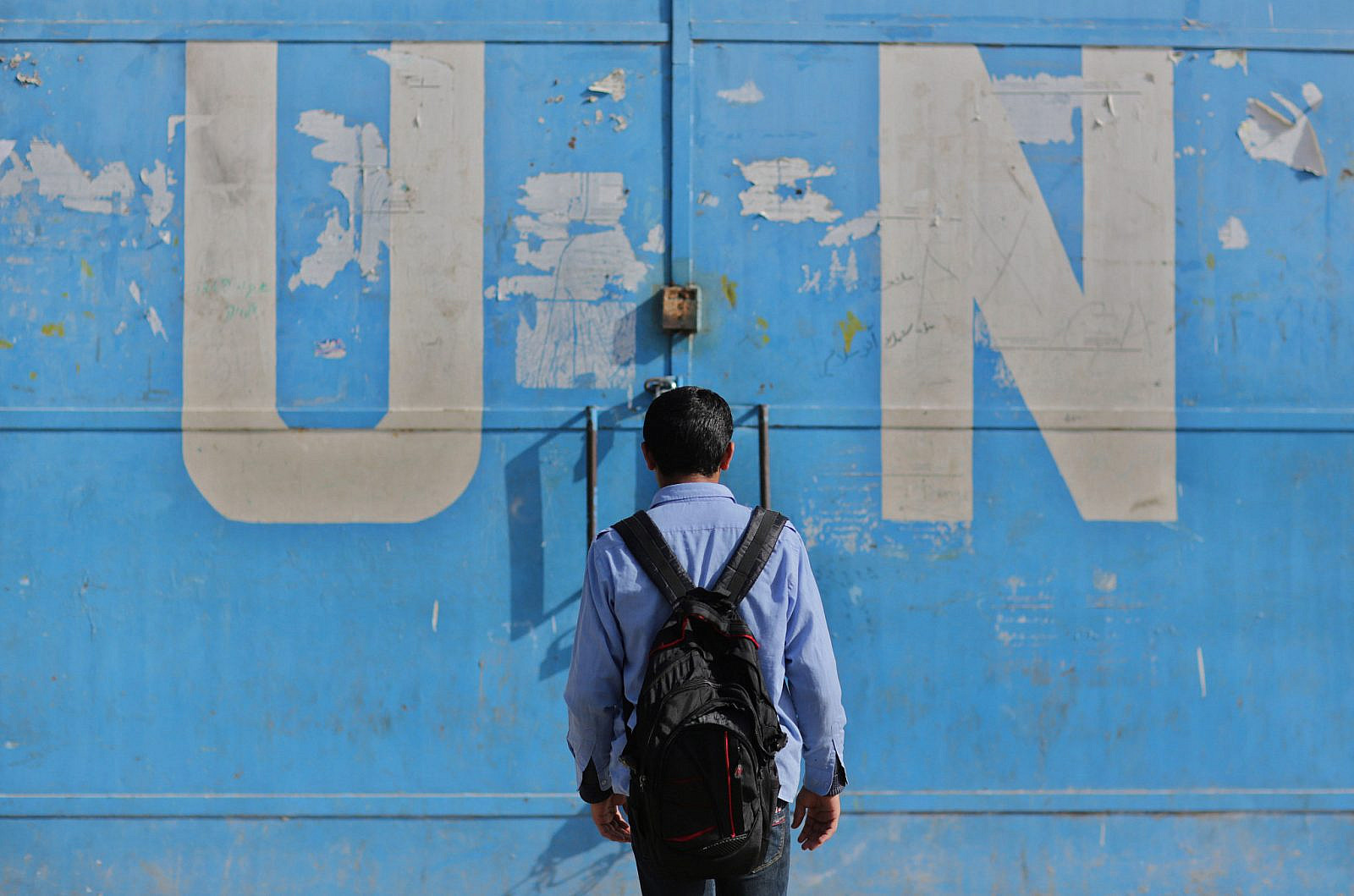 Palestinian students walk past a UN distribution center in the Jabalia refugee camp in the northern Gaza Strip on April 6, 2013. (Wissam Nassar/FLASH90)

Right now, while Israel’s Jewish citizens enjoy the land and its resources, Palestinians are denied that same right and barred from returning to their homeland. And while the international community largely focuses on the threat of Israeli “annexation” of its illegal settlements in the West Bank, many do not care about the unnatural reality experienced by the people in Gaza.

In this time of pandemic and concern for the health of communities worldwide, it is time to address the full consequences of the unjust partition of historic Palestine — and that includes Gaza.

Indeed, Gaza encapsulates many of our world’s problems: war, poverty, displacement, and racism. But it also offers glimmers of hope, through its humanity, resilience, and resistance.

In this moment — when people in more privileged countries can just slightly relate to a life in confinement, separated from loved ones, uncertain about basic needs, and worrying about our collective future — it is imperative to think of places like Gaza, where people have suffered much worse for decades, and are at the risk of a far more devastating blow now that the pandemic has reached their shores.

I write this while thinking about my family in Gaza, who, like many others, may soon be at the mercy of COVID-19. Although this is the time to think about survival, it is also the time to ask big questions, about how we as human beings have failed to prepare for this moment. If this is not the time to end the blockade of Gaza and the occupation of Palestine, and if this is not the time to address the injustices that have rendered Palestinian life to suffering and pain, then when?

Jehad Abusalim is a scholar and policy analyst from Gaza. He is a Palestine Activism Program Associate at the American Friends Service Committee, and is currently studying at New York University.