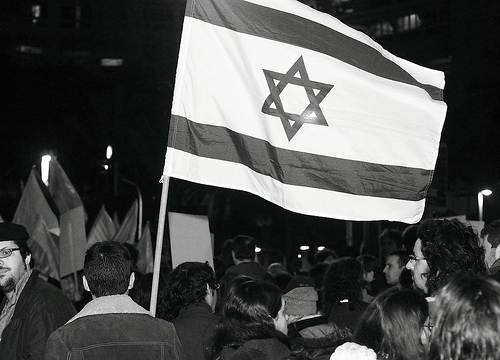 Can this flag stand for all its citizens or only the Jewish ones? Photo: Yossi Gurvitz

Despite the hysteria of the past week, Israeli democracy is in perfect health. Well, for the Jewish citizens of the country anyway. Avigdor Lieberman’s push to investigate leftist NGO’s is a political trick which lacks significant power to change the situation on the ground. Lieberman’s trick was designed to cast the Israeli left as reactionary and quick to cry wolf. It largely achieved its goals. The incredible mobilization to ‘save Israeli democracy’ reinforces the notion that democracy for Jews is in perfect health. The left was attacked, people took to the streets and the system worked. If Lieberman’s desire to investigate leftist NGO’s reaches the next level in the parliament, concerned Jewish citizens will surly take the proper recourse under Israeli law.

Democracy for non-Jews in Israel is another story all together. Palestinian, Bedouin and Druze citizens face institutionalized discrimination in all sectors of life from education to building permits. This everyday denial of rights does not spark nearly the same reaction in the general public. In fact , it is seldom discussed on the nightly news and hardly ever do twenty thousand people march through Tel Aviv in support of minority rights. It is only when Jews are threatened does the population respond with calls that Israeli democracy is under attack.

Hours after the democracy march in Tel Aviv on Saturday evening, Israel began destroying the Bedouin village of al-Arakib for the 9th time. The village is home to Israeli citizens many of whom have served in the army. The citizens are Bedouins and their village, which has been in the same place for the last eighty years, was targeted by the Jewish National Fund (JNF) for destruction in order to make way for a forest. Through the selective enforcement of law and the denial of justice to the villagers, Israel has given itself the necessary permits to destroy the village time after time. In other words, had the residents of al-Arakib been Jewish citizens of Israel, the village would not have been destroyed.

It is reckless to judge the health of Israeli democracy by analyzing the democratic rights of the Jewish population. A democracy should be judged by how it treats its minority. Far from the parliamentary investigation committee which causes twenty thousand to march, the events that took place in al-Arakib represent a real threat to Israeli democracy. With the collapse of Labor party and the current aggressive right wing government, the Israeli left should transform its feelings of perceived persecution and begin to fight against the real persecution of Israel’s minorities. Can we imagine, twenty thousand people marching in Tel Aviv tonight in favor of the democratic rights of the people in al-Arakib? Sadly, the answer is no and there is the problem of Israeli understandings of democracy in the Jewish state.

MK Ahmed Tibi once told me that Israel is ‘democratic to Jews and Jewish to everyone else.” In order to save Israeli democracy this statement must become irrelevant. The Israeli left has an opportunity to one up Lieberman’s political tricks and focus on the democratic rights of the non-Jewish minority in Israel. If this happens an honest discussion of the health of Israeli democracy will begin. Perhaps then the foundations of Israel’s democracy will begin a process of repair and Israel will then really become the Middle East’s only democracy.

BECOME A MEMBER
More About al-arakib 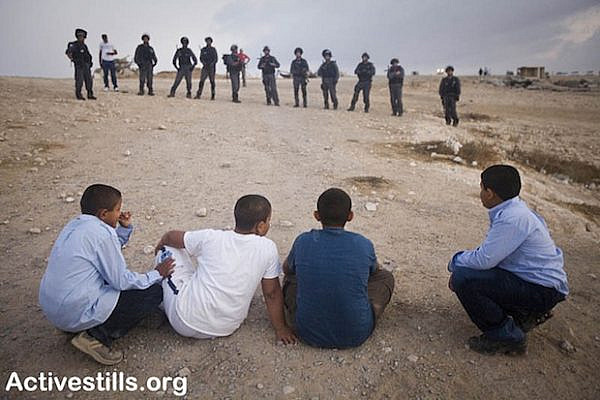 Police arrest three minors in Bedouin village as expulsion efforts continue
Police arrest three children in ‘unrecognized’ village of Al-Araqib, as the Jewish National Fund continues its forestation project on village land.  Two children, 12 and 13, were arrested in the unrecognized Bedouin village of al-Araqib in Israel’s south on Monday, as the Jewish National Fund (JNF) entered the village accompanied by police forces to resume cultivating land for a…
By Mairav Zonszein July 19, 2016 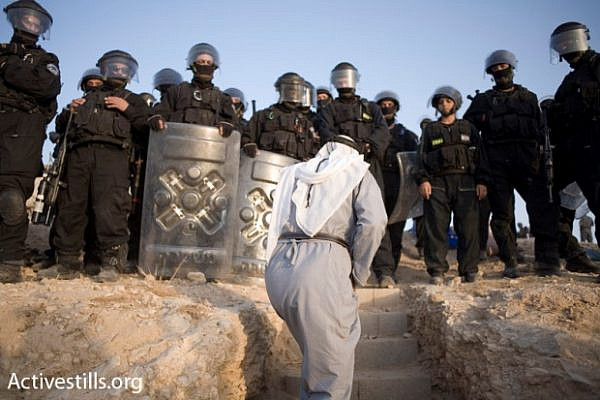 Israel Supreme Court: Bedouin have no indigenous rights
A recent Supreme Court ruling refusing to recognize Bedouin land rights sets a legal precedent for the state to endlessly appropriate Palestinian lands.  Israel’s Supreme Court made a significant ruling this week, setting a precedent for the state to approve the expropriation of Palestinian land in future cases, specifically inside Israel. The court rejected a five-year old petition…
By Mairav Zonszein May 29, 2015 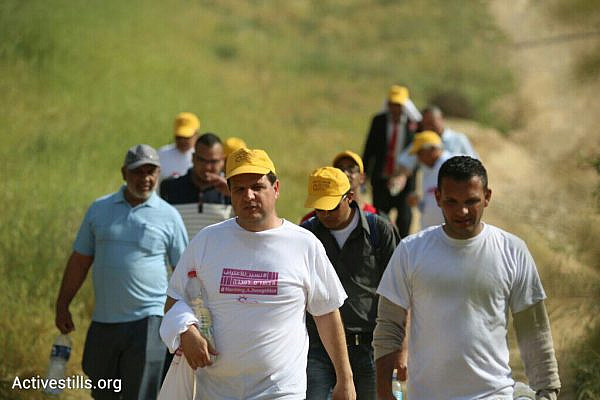