The increases in movement of people and goods in and out of Gaza should serve as a reminder that Israel recognizes the need for civilian access, that the army can facilitate access when it is instructed to do so, and that more even more can be done.

The Coordinator of Government Activities in the Territories, which, among other things, oversees what and who comes in and out of Gaza, recently published its monthly report for July. The numbers published in the report reveal that, given the closing of tunnels on the Gaza-Egypt border and a subsequent drop in the underground transfer of goods, COGAT oversaw a 34 percent increase in goods entering Gaza via the Israeli-controlled Kerem Shalom crossing from June to July. More fuel, cooking gas and basic food items entered the Strip than during the previous months of 2013.

While access at the Rafah Crossing was restricted for pedestrians on the Gaza-Egypt border, according to Gisha’s data, COGAT also facilitated a 15 percent increase in the passage of Palestinians at the Erez Crossing, which connects the Strip to Israel and the West Bank, from the month of June to July. More medical patients and their companions, as well as businesspeople, traveled through the crossing, as did more people in a category the army calls “other,” which includes first-degree family members who are permitted to visit one another in four circumstances: the death, severe illness, imprisonment or wedding of a loved one.

As previously published, it is very encouraging to see COGAT boast about increased access. Gisha is also happy to be able to say that it is possible, consistent with Israel’s policy goals, and the right thing to do.

Just recently, Gisha published a new position paper that might seem a little crazy on the face of it. It essentially says that Israel – or COGAT, which implements Israeli policy vis-à-vis Gaza – should strive for the maximum possible access given the security situation. In other words, security should be the only basis for restrictions on movement, rather than political goals to weaken Hamas or pressure the government to achieve certain political concessions, as is currently the case. It counters what has become the status quo on Gaza (preserve the status quo until there is some kind of political breakthrough) and precisely at the time when peace negotiations are being re-started and political breakthroughs are all anyone wants to talk about – not human rights.

Gisha writes what it does not because it is a naïve or crazy organization, but because a realist analysis shows that the past six years of closure have not achieved the stated goals to cajole, coerce, weaken or displace the government in Gaza. Instead, the restrictions have had a concrete impact on the ability of Gaza’s 1.7 million residents to fulfill their basic rights and to live their lives with dignity. The position paper asks what price has to be paid and by whom for the continuation of a bad policy, while at the same time presenting a new approach that just might need to be a little nuts or far-reaching in order to work in this crazy place.

The increases in movement of people and goods which took place last month should serve as a reminder that Israel recognizes the need for civilian access, that the army can facilitate access when it is instructed to do so at the political level, and that more can be done even in the current circumstances. More individuals can travel in categories that don’t consider “urgent humanitarian circumstances” as the only possible point of departure. If four truckloads of spices from Gaza can transit through Israel to reach Europe, Israel can reverse its ban on sale of goods from Gaza, allowing those products to be unloaded and sold in their traditional markets in Israel and the West Bank. That is what the “maximum possible” is about: transitioning from a “humanitarian minimum” discourse to which we’ve grown accustomed when it comes to Gaza to discussing what can be done to maximize well-being and security for everyone in the region. Once you look at it that way, it doesn’t seem so crazy anymore, does it? In fact, it’s hard to think of a saner approach at the precise time we are hoping for breakthroughs.

Tania Hary is director of international relations at Gisha, an Israeli human rights organization which promotes freedom of movement in the Palestinian territory, especially the Gaza Strip.

BECOME A MEMBER
More About Blockade 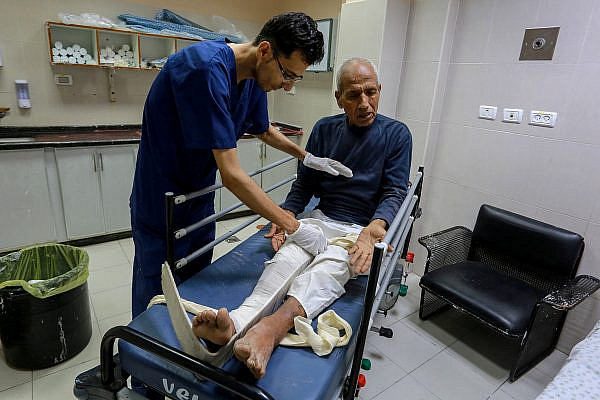 Under siege, medical advice will do little to fight coronavirus in Gaza
Instructions like hand-washing, wearing masks, and consulting doctors online are a dark joke when Israel is trying to send Gaza 'back to the Stone Age.'
By Osama Tanous March 25, 2020 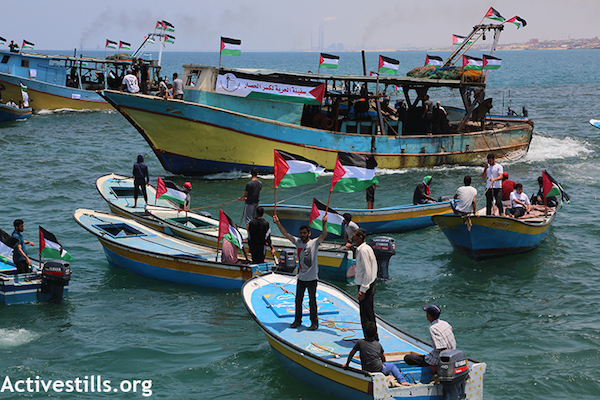 IDF intercepts Gaza boat trying to escape the blockade
Carrying 17 people, including university students, cancer patients, and protesters wounded by Israeli forces during the Great Return March, the Gaza boat was headed towards Cyprus before IDF gunboats intercepted it. By Meron Rapoport, Mohammed Zaanoun, and +972 Magazine Staff Israeli gunships intercepted a Palestinian boat attempting to break Israel’s naval siege of the Gaza…
By +972 Magazine May 29, 2018 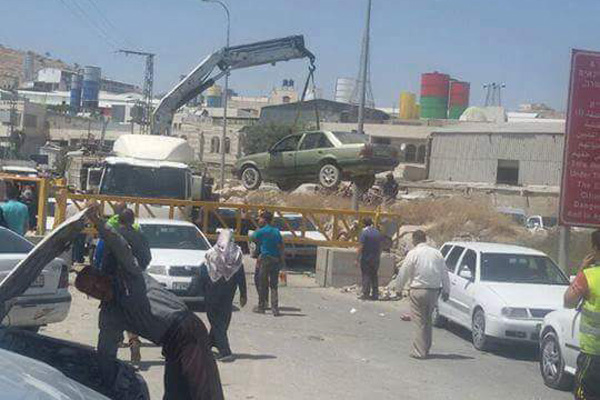 A creative Palestinian answer to Israeli checkpoints
The Israeli army has placed barricades at the entrances to Palestinian villages and towns in recent weeks. One crane operator figured out a way to help out stranded motorists. The Israel army has been utilizing collective punishment against entire Palestinian cities and villages in recent months as a response to a wave of attacks against…
By Michael Schaeffer Omer-Man July 22, 2016