The Prime Minister’s Office and the Israeli media were keen to report a on the triumph of squashing an Egyptian initiative to subject Israel’s nuclear capabilities to IAEA inspection. Bold claim, but is it true?

Around Rosh Hashana, the Jewish New Year, headlines in Israel hailed a “victory” over Egypt on the nuclear front. Taking their cue from Prime Minister Netanyahu and his close advisor, Dore Gold (who also happens to be director-general of the Ministry of Foreign Affairs), they portrayed the results of the vote at the General Conference of the International Atomic Energy Agency (IAEA) as the crowning achievement of Israeli diplomacy in recent times. 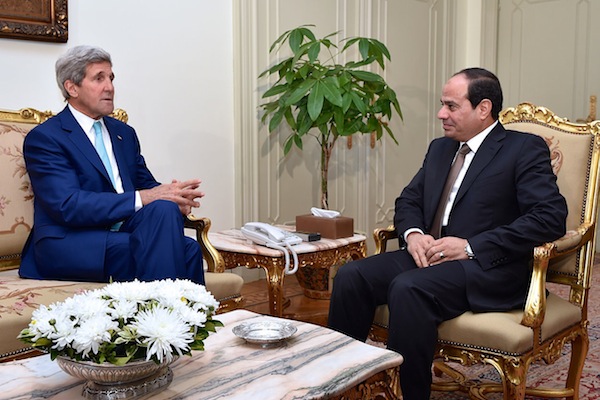 The reports kept repeating that 61 states had supported Israel by rejecting the proposed resolution to have Israel accede to the NPT and place it under the IAEA’s comprehensive safeguards. No one cared to mention that this came as no surprise. No one noticed that there was really no victory over Egypt. First of all this was not an Egyptian draft but one presented by the Arab Group. An identical proposed resolution by the group of Arab states regarding “Israel’s Nuclear Capabilities”(INC Resolution) had failed in previous years as well. There were years when we actually “won,” with America thwarting the endeavors of the Arab Group, preventing it from even bringing the issue up for vote. In 2014, for example, the same draft resolution was rejected by a similar majority of 58 countries in Israel’s favor. Contrary to Netanyahu’s assertion, the slight majority tipping the scales in Israel’s favor has remained quite level, without having increased in any significant way.

Media reports and communications issued by the Prime Minister’s Office concerning the proposed IAEA resolution were conspicuously replete with superlatives and self-praise. The tone was set by the prime minister’s tweet, published only a few minutes after the vote in Vienna, before the news agencies even had time to break the news to the world. The idea was likely to flood the media space without letting anybody spoil the party. Netanyahu praised the diplomatic campaign led by his office and the Israel Atomic Energy Commission. Along the way, he “incriminated” the European Union, which would have preferred to keep a low profile on this issue. The EU does not seem to have appreciated either the hug or Netanyahu’s message, which pointed out that all EU member states voted as “one single bloc” for Israel with respect to Israel’s nuclear issue. Let us recall that the EU played a key role in bringing about the most important agreement for the prevention of nuclear proliferation, namely the Iranian nuclear agreement (JCPOA).

Israel’s ambassador to the IAEA and the representative sent by Israel’s Atomic Energy Commission, who both said amen to the outcome of the vote (61:43 in “our favor”), also got carried away in the self-laudatory campaign. One wonders if they ever stopped for a moment to consider how their statements — that the IAEA vote results demonstrate the world is opposed to diverting the organization from the major issues “with which it should deal” – was received. After all, the international community had entrusted the IAEA with the task of monitoring nuclear proliferation in order to keep it in check. The Iran nuclear deal clearly demonstrated the IAEA’s leading position in this matter.

And now to the crux of the matter: There was no victory over Egypt. The numbers point to the contrary. The Prime Minister’s Office “forgot” to mention another proposal which was tabled in parallel. This proposal presented by Egypt was similar in content to that of the Arab Group. The main difference was that it did not single out Israel. The Egyptian resolution (Application of IAEA Safeguards in the Middle East) called for all Middle Eastern countries to be brought under the NPT and the IAEA safeguards and for the establishment of a Middle East Nuclear Weapons Free Zone (NWFZ). Israel is the only state in the Middle East outside the NPT. The Egyptian resolution was voted through by a large majority at the IAEA Conference; 126 states backed the resolution, with none supporting Israel. Israel was left alone voting against the Egyptian proposal. Last year, 117 countries supported the Egyptian proposed resolution and stood against Israel. The U.S. and a few other countries abstain each year. The Egyptian resolution debated each year carries added weight: it is the only one that requires the IAEA’s Director General to submit an annual progress report. What this means is that Israel’s nuclear issue is constantly kept alive on the agenda.

To conclude: two similar draft resolutions were put to the vote. One on behalf of the Arab group, the other Egyptian. The Prime Minister’s Office chose to publicize only one of them, which scraped through by a narrow margin in Israel’s favor, while omitting the second, which left Israel hanging, in an awkward position.

As for Iran: the members of its delegation, headed by Ali Akbar Salehi, head of Iran’s Atomic Energy Organization who was a senior negotiator in the nuclear-agreement talks, took care to keep things low-key and their discourse to the point. They expressed concern over the “negative implications” of the Israeli issue for regional security and presented the goal as they see it—to make Israel a non-nuclear-weapon state (NNWS). Salehi reminded the IAEA participants of the Supreme Leader’s fatwa banning the development, production and use of nuclear weapons.

The opposition that many expected to be expressed by the Iranians could be something that Iran is saving until after the nuclear deal process is completed. On September 17, the deal successfully cleared the “60-day review” hurdle in the Senate. The next stop is Adoption Day, to occur on October 18, when the American administration will declare a waiver of U.S. nuclear related sanctions. Let us note that Iran likewise adopted a pragmatic line during the May 2015 NPT Review Conference, steering clear of the defiant line taken by Egypt against Israel and America. As long as the process to implement the nuclear agreement and lift the sanctions has yet to be completed (by spring 2016), Iran will be content with sending messages and signals to the U.S. regarding a linkage that would have to be established eventually between its own nuclear agreement and nuclear demilitarization in the Middle East. Current Iranian conduct in the field of nuclear demilitarization should be viewed in terms of a short-lived time-out.

Ever since the peace agreement was concluded with Egypt, a nuclear duel has been taking place between Israel and Egypt within international fora. Egypt meanwhile maintains the regional leadership on the nuclear issue and in its efforts to subject Israel to the NPT. In my view the Iran nuclear agreement is about to change the picture. The lead will shift to the new post-deal Iran. We have already witnessed some indications to that effect. This is new unchartered territory for Israeli diplomacy.

The lists of this past decade’s alarmist messages have become irrelevant in the international arena following the agreement with Iran. They are now reduced to nothing more than a story that we tell ourselves. However, there is a risk involved in this respect: A story that we tell ourselves might turn into a military intelligence “concept” that negatively affects the way leaders understand the reality they see. This will be discussed separately in anther article . In the present article we have contented ourselves with shedding light on the facts that were not brought to our attention in the big media frenzy surrounding the “nuclear victory” over Egypt.

Get Our Weekly Newsletter
Before you go…
A lot of work goes into creating articles like the one you just read. +972 Magazine is nonprofit journalism, owned by many of our writers, editors, and journalists. In order to safeguard that independent voice, we are proud to count you, our readers, as our most important supporters. With your support, we can keep +972 Magazine a strong, independent, and sustainable force helping push the global discourse on Israel/Palestine.
DONATE
More About Egypt 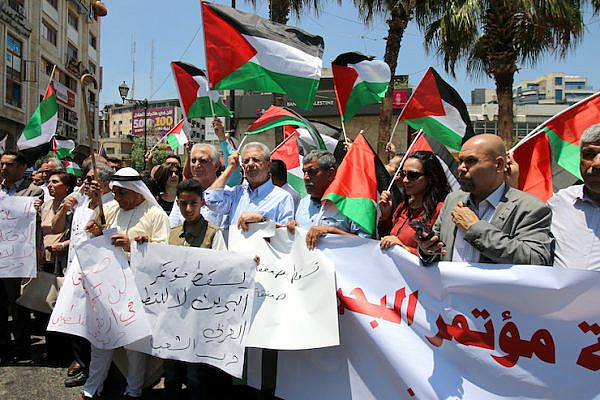 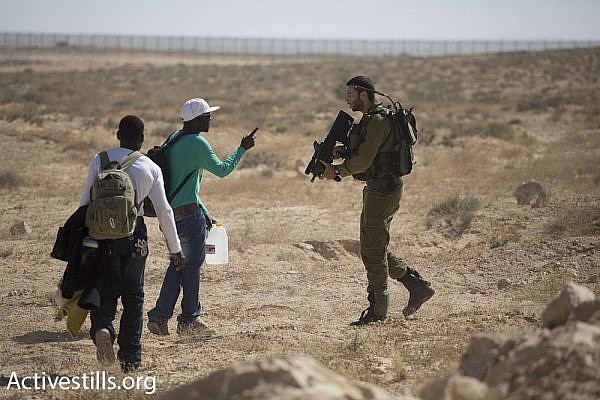