While Herzog’s chances appear to be higher than they have been for most of the campaign season, he still faces an uphill battle to unseat Netanyahu in an election almost entirely devoid of debate on the issues. 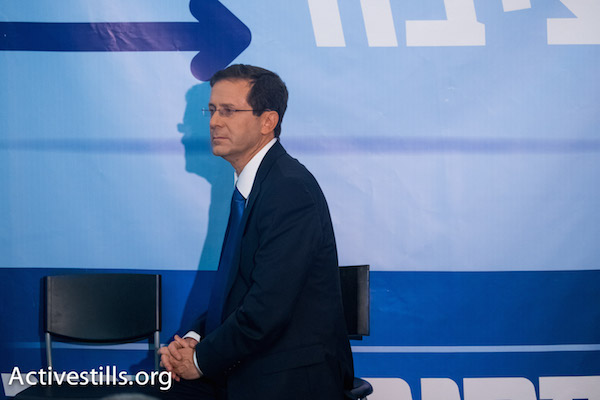 For one of the first times in the current election campaign, the centrist “Zionist Camp” actually has a chance of ousting incumbent prime minister, Benjamin Netanyahu.

In 2009, for example, Tzipi Livni headed the largest party but was unable to form a coalition of 61 or more members of Knesset to form a government, leading the way for Netanyahu’s second government.

The rise of centrist party Yesh Atid and most recently, Kulanu, the traditionally large Left and Right parties have shrunk, with both polling between 23 and 25 seats for the next Knesset. As explained here in my previous election analysis, the scattered power of smaller and medium-sized parties makes forming and holding together a governing coalition difficult, which is the reason cited by Netanyahu for calling new elections.

The allegiances of the newer centrist parties, much like the ultra-Orthodox Jewish parties in the past, are expected to be less principled and could easily join either a left- or right-leaning government led by Herzog or Netanyahu, respectively. However, Lapid’s “Yesh Atid” is less likely to support a Netanyahu government and Moshe Kahlon’s “Kulanu” is more likely to join Likud, the party which he broke off from.

With the Zionist Camp and Likud virtually tied in the polls, the name of the game is coalition building. As it stands, either side could ostensibly form a government with the support of the ultra-Orthodox and one or more of the centrist parties.

If you assume that the Arab Joint List will throw its support behind the formation of a Herzog-led government from the backbenches, then Herzog could ostensibly have the support of nearly 75 MKs.

A Likud government, according to the latest polls, could consist of: Likud (23 seats), Jewish Home (13 seats), Kulanu (eight seats), United Torah Judaism (seven seats), Shas (seven seats), Israel Beitenu (six seats), and at least part of Yachad (between two and four seats, assuming it passes the election threshold). The grand total for a possible Netanyahu government, therefore, could be between 64 and 68 members of Knesset.

However, even though the ultra-Orthodox parties and Kulanu may be willing to join a Herzog government, in all likelihood, they will probably support Netanyahu at the point when the president decides who is given the chance to form a coalition. In such a scenario, Herzog would have only 50-plus recommendations to form a government.

Herzog’s best chance for improving his chances is if Yesh Atid manages to continue climbing in the polls, stealing seats from Kulanu and the Likud, and by convincing the ultra-Orthodox parties to back him in the recommendation stage. Likud and the Right, however, are traditionally seen as more friendly to the religious population and may therefore have better chances at wooing the ultra-Orthodox.

So ultimately, while Herzog’s chances appear to be higher than they have been for most of the campaign season, he still faces an uphill battle to unseat Netanyahu. And in an election almost entirely devoid of a debate on the issues, and facing an incumbent whose biggest strength is political survival that may be a very difficult task.

A third option, of course, is that Herzog and Netanyahu could form a unity government. Doing so could offer the most politically stable government, but would also be dangerous for both men considering how it would alienate their respective political bases.

Related:
The key to an election victory for the Israeli Left
The threat of hope and truth in elections devoid of both
Election analysis: A shared Netanyahu-Herzog government?

emailemail
Before you go…
A lot of work goes into creating articles like the one you just read. +972 Magazine is nonprofit journalism, owned by many of our writers, editors, and journalists. In order to safeguard that independent voice, we are proud to count you, our readers, as our most important supporters. With your support, we can keep +972 Magazine a strong, independent, and sustainable force helping push the global discourse on Israel/Palestine.
DONATE
More About coalition building 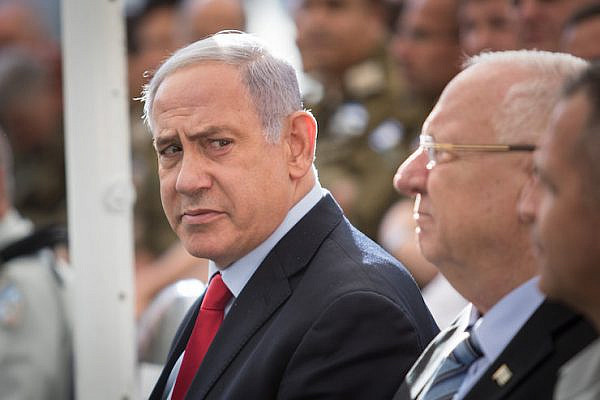 If voters won’t get rid of Netanyahu, will the elites do it for them?
The same political system that Netanyahu thinks he has mastered could now bring about his demise. If it was up to the Israeli public alone, Benjamin Netanyahu might well continue as prime minister when the vote on Sept. 17 is over. Polls so far show almost no change in voting patterns for the ideological party blocs…
By Dahlia Scheindlin September 5, 2019 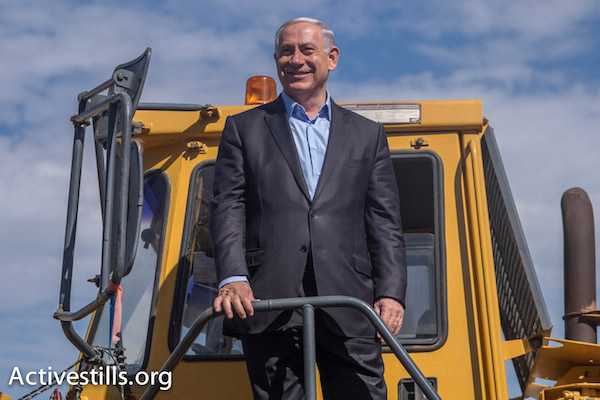 The road to a fourth Netanyahu gov’t runs through Haneen Zoabi
The ‘Zionist Camp’ needs the Arab parties in order to form a government. Its decision to vote for disqualifying Zoabi makes that support less and less likely. The Central Elections Commission on Thursday disqualified MK Haneen Zoabi and candidate Baruch Marzel from running in Israel’s upcoming elections. The decision is not final without the approval…
By Michael Schaeffer Omer-Man February 12, 2015 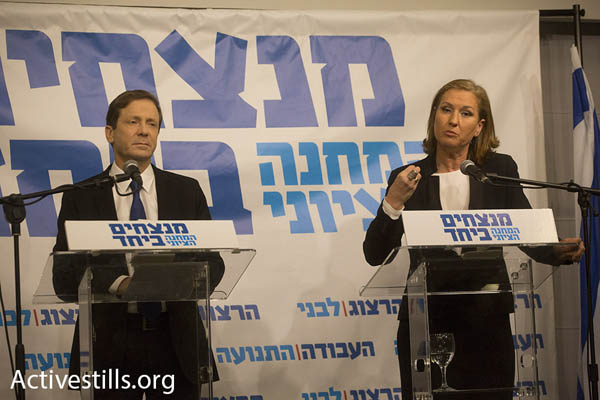 ‘Zionist Camp’ takes a lead in polls, but Bibi has upper hand
The top two parties are neck-and-neck and the number of political king-makers is growing. With a number of potential wild-cards ahead, it’s anyone’s election. If elections were to take place today, the next prime minister of Israel could come from either of two directions: the Labor Party’s Issac Herzog or incumbent Prime Minister Benjamin Netanyahu,…
By Michael Schaeffer Omer-Man January 27, 2015