Tair Kaminer is expected to be sentenced to a month in military jail for refusing to enlist in the IDF. Kaminer: ‘Military jail frightens me less than our society losing its humanity.’ 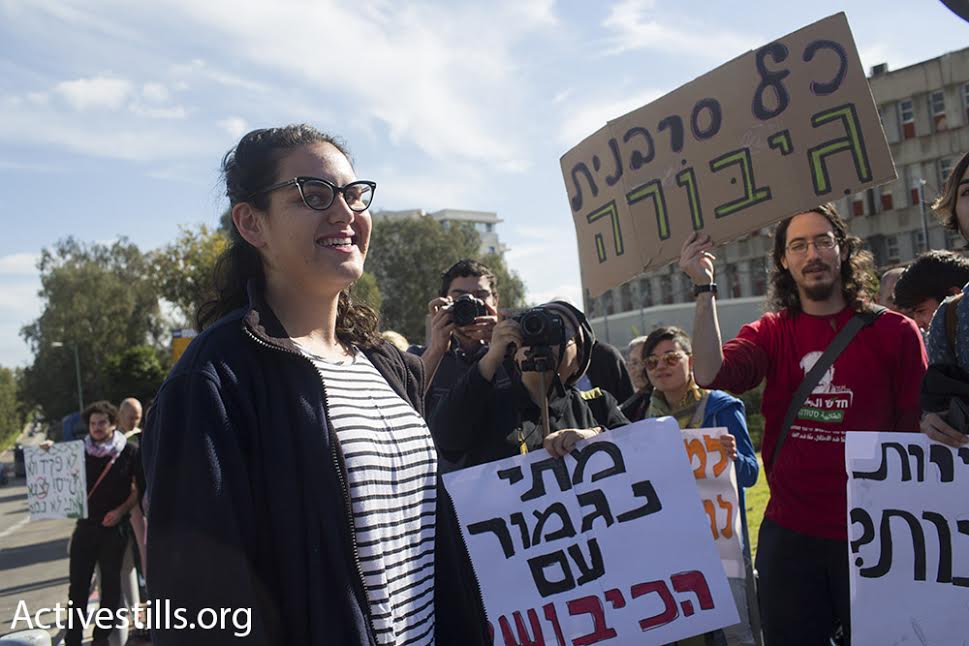 Approximately 40 demonstrators accompanied Israeli conscientious objector Tair Kaminer to the Tel Hashomer induction base on Sunday, where she is expected to be sentenced for her refusal to enlist in the Israeli army.

The demonstrators held signs chanted against the occupation at the entrance to the base. Some of them organized a short performance, in which they wore IDF uniforms and pledged their loyalty to the state while their their eyes, ears, and mouths were covered. 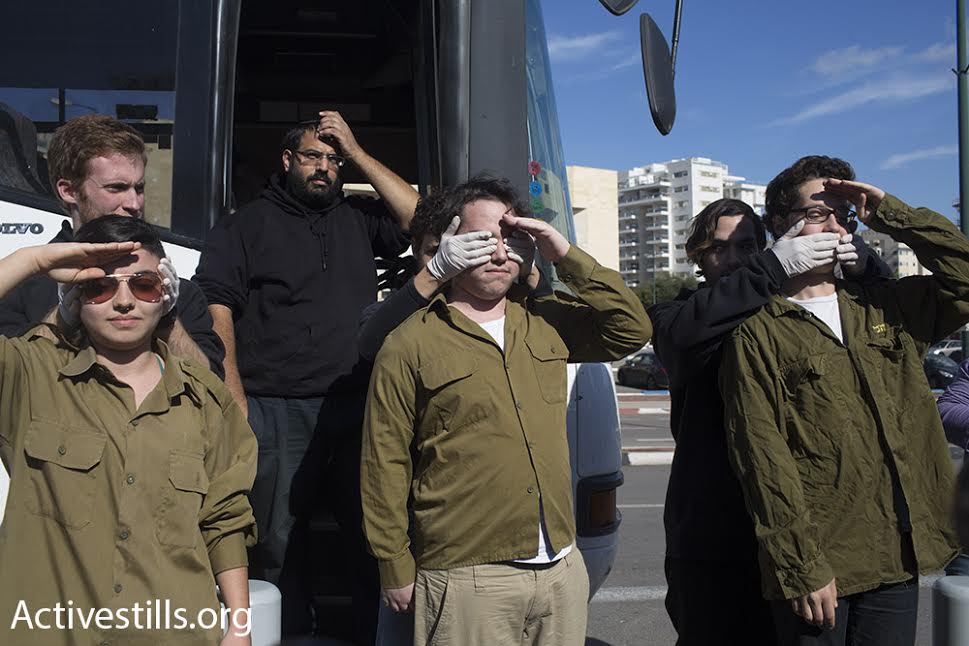 The protest, which was organized by a new group called “Mesarvot” (“Refusers” in Hebrew), included anti-occupation activists, Druze conscientious objectors, anarchists, communists, and others. Participants also included members of the Kaminer family, including Tair’s cousin, Matan Kaminer, who served two years in military prison for his refusal to enlist 13 years ago (full disclosure: I served in prison alongside Matan and a number of other friends for refusing to enlist in the military. Matan and I remain friends until this day).

Kaminer is expected to be sentenced to a month in military jail. (Update, 10 p.m.: Kaminer was sentenced to 20 days.) She will then be released and return to the induction base where she will be required to enlist once again. Should she refuse, she will be sentenced to another month in jail. This process repeats itself ad nauseam until the army decides to officially discharge her. Over the past few years, a number of conscientious objectors have been sentenced up to 10 times in this vicious cycle.

emailemailemail
Before you go…
A lot of work goes into creating articles like the one you just read. +972 Magazine is nonprofit journalism, owned by many of our writers, editors, and journalists. In order to safeguard that independent voice, we are proud to count you, our readers, as our most important supporters. With your support, we can keep +972 Magazine a strong, independent, and sustainable force helping push the global discourse on Israel/Palestine.
DONATE
More About army refusal 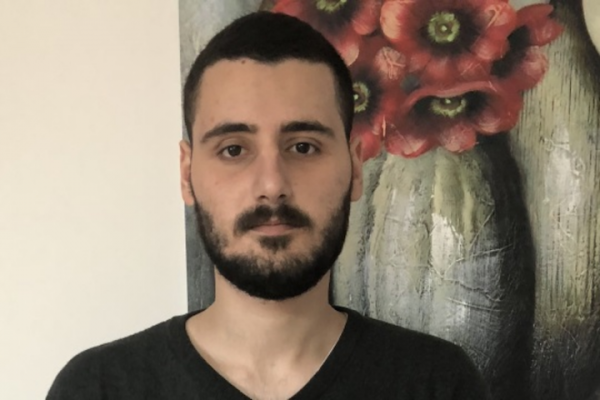 Israeli conscientious objector sent to prison for seventh time
Adam Rafaelov will have served a total of 87 days in prison for refusing to join the IDF over its ‘continual, violent, and oppressive rule in the West Bank and Gaza Strip.’ By +972 Magazine Staff An IDF disciplinary body sentenced Israeli conscientious objector Adam Rafaelov to 10 days in military prison last Friday for his…
By +972 Magazine December 9, 2018 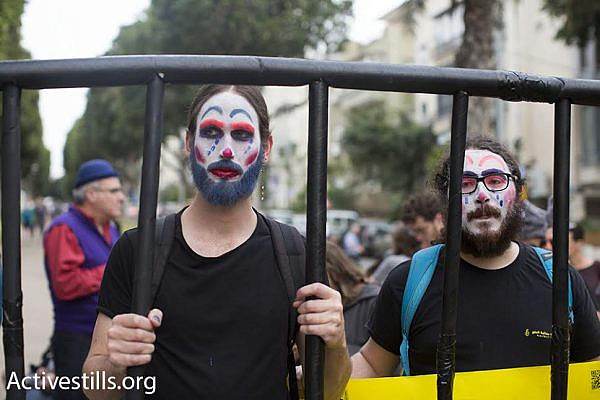 Dozens of Israeli teens: ‘We refuse to enlist out of a commitment to peace’
‘Testimonies of former soldiers teach us that the reality of occupation does not allow one to make a difference from within. The power to change reality does not lay with the single soldier — but with the system as a whole.’ Sixty-three Israeli teenagers have published an open letter to Prime Minister Netanyahu on Thursday,…
By Haggai Matar December 29, 2017 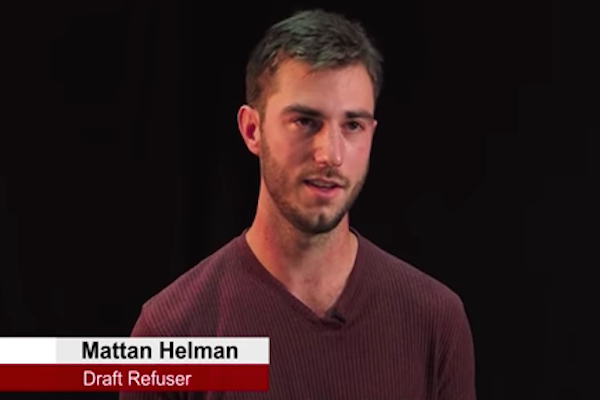 ‘There is no moral occupation’: Why I refuse to serve
Mattan Helman was supposed to serve in the Nahal Brigrade in the occupied territories. Instead, he will refuse to enlist as a conscientious objector, a decision that will land him in jail.
By Social TV November 17, 2017