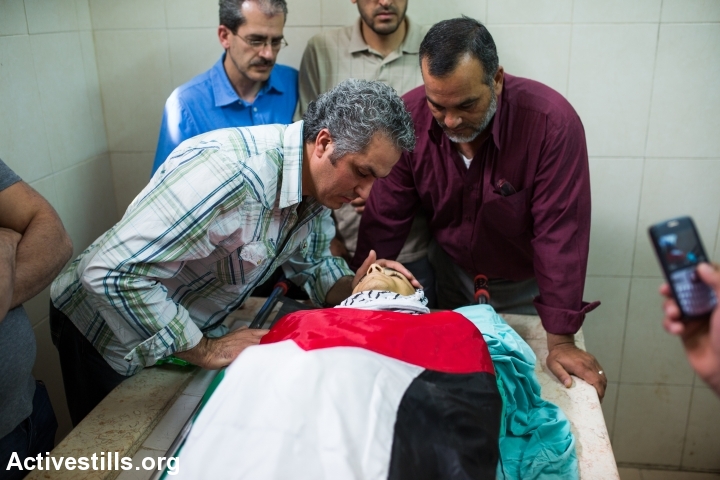 Siam Nuwara, the father of Nadeem Siam Nuwara, mourns over his son before his funeral procession in the West Bank city of Ramallah, May 16, 2014. (Yotam Ronen/Activestills.org)

On Sunday, May 28, I spent the morning with Siam Nawara, the father of a 17-year-old Palestinian boy shot dead by Israeli forces in the occupied West Bank in 2014. We were headed to the Israeli High Court of Justice for a hearing over a petition the Nawara family filed in late February. The family was challenging the Israeli prosecution’s proposed plea deal with Ben Deri, the Israeli Border Police officer charged in the killing, as too lenient.

Sitting next to Siam in the courtroom, just a few feet behind Deri, it was apparent how, for Palestinians entering their 51st year living under Israeli military occupation, pervasive and entrenched denial perpetuates impunity.

Siam’s son, Nadeem, and another boy, Mohammad Mahmoud Odeh Salameh Abu Daher, 16, were shot and killed by Israeli forces near Israel’s Ofer military prison in the occupied West Bank town of Beitunia on May 15, 2014 during a demonstration marking Nakba Day. Nadeem sustained a fatal gunshot wound to the chest, while Mohammad was shot in the back about an hour later in nearly the same spot.

CCTV cameras fixed on the building where the boys were shot captured the killings and showed that neither boy posed any lethal or imminent threat to Israeli forces at the time they were killed. The video footage, obtained and released by Defense for Children International – Palestine (DCIP) on May 19, depicts both boys collapsing to the ground after being shot, and their seemingly lifeless bodies being carried away off camera by other protesters.

I met Siam at Qalandia checkpoint just before 7 a.m. During our 2.5 hour journey from Ramallah to the court in Jerusalem – a mere distance of around 11 miles – he talked about how difficult the protracted legal process had been on him. He kept saying, “We have the strongest case possible.”

Initially, the indictment and overwhelming video and forensic evidence seemed to present a direct challenge to the systemic impunity inherent in Israel’s 50-year military occupation of Palestinians; however, it soon became clear that the indictment had more to do with public relations than any interest in justice.

At times, it has seemed that nobody wanted to prosecute the case against Deri. Siam and his family learned of the plea deal after a nearly two-year-long legal process, including approximately 50 hearing delays and cancellations as the prosecution team apprehensively moved the case forward. The judge originally slated to hear the case was dismissed due to personal connections with a witness and the appointment of a second judge was significantly delayed.

After the footage was released, Israeli military officials quickly resorted to the standard rhetoric deployed when Israeli forces kill Palestinians during demonstrations in the West Bank, alleging that Israeli forces “used nonviolent means” to disperse a violent crowd and that no live ammunition was fired.

Israeli military spokesperson Lt. Col. Peter Lerner declared on May 20, 2014 that a preliminary investigation conducted by senior commanders “indicates that no live fire was used” during the demonstration. This denial was the constant refrain, but the story did not fit.

Shortly after the fatal shootings, Siam found a spent bullet in the backpack that Nadeem was wearing when he was killed. The family later turned it over to the Palestinian prosecutor’s office for examination.

Confronted with video footage of the killings and now the bullet that ripped through Nadeem’s body, Israeli officials quickly set out not to broaden and intensify an investigation into the killings but to sustain the denial by undermining the credibility of the video.

Following DCIP’s release of the footage, an Israeli military statement provided to the press declared, “The video clip which was released today has been edited, and doesn’t document the full extent of the event, nor does it reflect the violent nature of the riot.”

Unsubstantiated claims by anonymous senior Israeli defense officials stating that the footage was “doctored” began to appear in media outlets. Michael Oren, a former Israeli ambassador to the United States, brazenly suggested while speaking live on-air to CNN’s Wolf Blitzer that the footage was staged and Nadeem and Mohammad had not been killed. 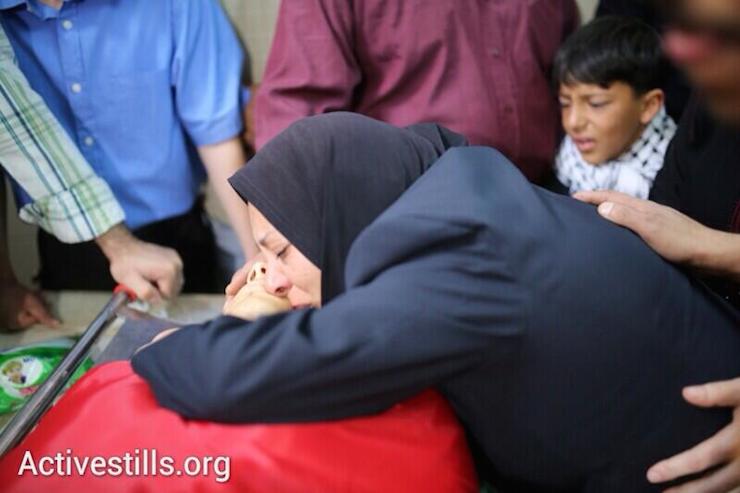 The dissonance created between graphic images of two unarmed boys shot dead by Israeli forces and the Israeli military’s version of events prompted the U.S. government to call on the Israeli authorities to “conduct a prompt and transparent investigation.” The UN Office of the High Commissioner for Human Rights declared the killings may amount to “extrajudicial executions” or “willful killings” under international law, and Human Rights Watch found that the killings constituted an apparent war crime.

In an effort to prove what the family already knew – that Nadeem was killed with live ammunition – Siam and his family exhumed his body just weeks after he was killed. An autopsy revealed entry and exit wounds consistent with live ammunition and metallic fragments presumed to be from the bullet’s core. A team of forensic pathologists determined that a live bullet was the cause of his death.

Using the CCTV and CNN footage as a basis, DCIP commissioned the U.K.-based multidisciplinary study group, Forensic Architecture, to conduct a detailed forensic video analysis of the footage. The result was a damning video, sound, and spatial analysis that pinpointed Nadeem’s killer.

In November 2014, Israeli prosecutors charged Deri, then 21 years old, with the lesser charge of manslaughter for allegedly causing Nadeem’s death. According to the indictment, Deri “used the blanks magazine so that his live fire, as opposed to rubber-bullet fire, would not be observed.”

While the original indictment accused Deri of knowingly firing live ammunition with intent to cause Nadeem “serious injury, while foreseeing the possibility of causing his death,” in January 2017, the prosecution announced its intent to offer Deri a plea deal to the lesser charge of negligent killing, claiming he was unaware there was live ammunition in his rifle magazine. The Nawara family refused to accept this plea deal, appealing to the High Court of Justice.

Siam and I arrived to the court about 30 minutes late for the hearing scheduled for 9 a.m. Siam’s attorney, Feras Assali, had managed to stall long enough for him to arrive before getting started. We greeted Feras and moved quickly into the courtroom. Siam greeted the prosecution team, then we found seats and waited for the justices to enter. After a few minutes, the three-judge panel entered unceremoniously.

Siam’s attorney went first, arguing the plea agreement was not reasonable given the clear and overwhelming video and forensic evidence that strongly suggests Nadeem’s death was an intentional killing. Next, the Israeli prosecution team was up. 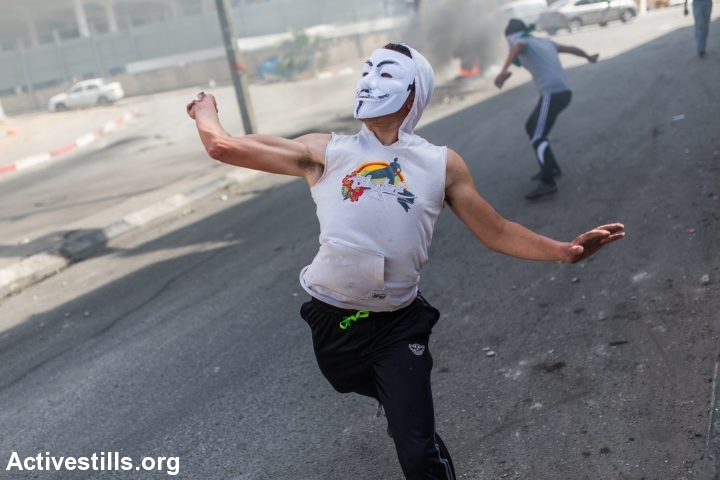 As if the obstacles weren’t nearly insurmountable already, now Siam and his legal team found themselves in the Israeli High Court challenging the prosecution team that was presumed to prioritize the Nawara family’s best interests.

The Israeli prosecution team, apparently not so keen to upset the norm of systemic impunity for violence against Palestinians, was now working to shield Deri from the just, legal consequences of his conduct.

Despite overwhelming evidence showing that Ben Deri fired the bullet that killed Nadeem, the team argued that delays in obtaining forensic evidence weakened the case and necessitated the plea agreement. This was nothing more than a charade. Would the prosecution have aggressively pursued the case if they received the evidence several days, weeks or months before they did? Absolutely not. 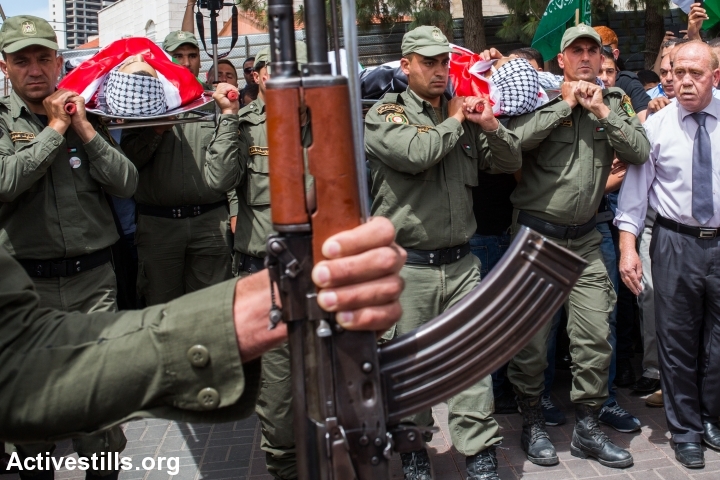 Members of the Palestinian national security forces carry the bodies of Nadeem Siam Nuwara and Muhammad Abu Da’har during their funeral procession in the West Bank city of Ramallah on May 16, 2014. (Yotam Ronen/Activestills.org)

Out of the 79 children killed by Israeli forces with live ammunition or crowd-control weapons since 2014, Deri’s indictment is the sole instance where a member of the Israeli forces has been charged for killing a Palestinian child.

While video of Nadeem and Mohammad’s killing sparked international outcry, the indictment against Ben Deri appears to be just a brief and slight rebuke to the systemic impunity enjoyed by Israeli forces for violence against Palestinians.

Video evidence of a killing should ostensibly erase any hope of a perpetrator evading prosecution, but in the end, systemic impunity and pervasive denial all but ensure the plea agreement will eventually be accepted, shielding Deri from accountability and perpetuating injustice. The sustained denial of Nadeem and Mohammad’s killings illustrates the political will entrenched in Israel’s legal system to provide impunity for Israeli forces, not justice or accountability for Palestinian children. 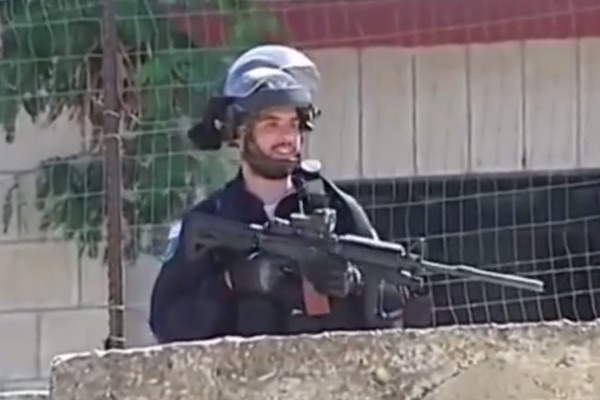 ‘Nakba Day killings’: Cop gets 9 months prison for killing unarmed teen
Former Border Police officer Ben Deri pled guilty to a reduced charge of negligent manslaughter for killing an unarmed Palestinian teenage boy in Beitunia four years ago. He was not charged with the killing of a second boy. Ben Deri, the Israeli border policeman who shot and killed 17-year-old Palestinian Nadeem Nawara on Nakba Day…
By Joshua Leifer April 25, 2018 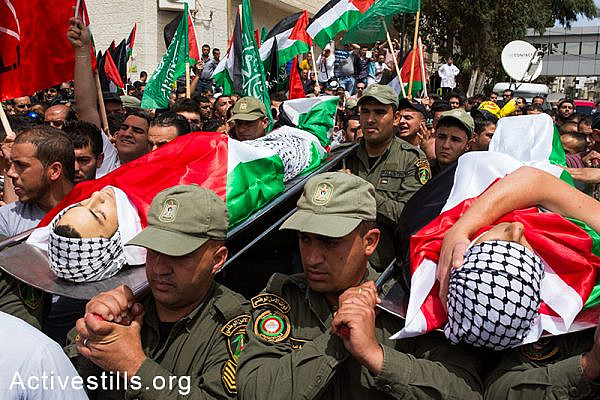 Pallywood: The dark matter of the Zionist universe
Two recent cases of Israeli troops caught murdering Palestinians demonstrate the power, and limitations, of an entire nation deciding to believe what it wants to believe, despite overwhelming evidence to the contrary. By Eishton They call it “Pallywood.” Like Dark Matter, it’s a non-observable phenomenon, derived from our need to settle the contradiction between the viewable…
By +972 Magazine February 17, 2017