The eviction of  a Palestinian family from their home in Sheikh Jarrah, planned for today, has been delayed by two months. 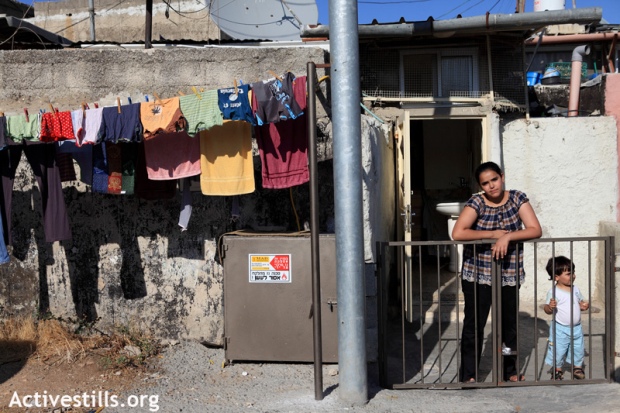 The Shamasneh family was slated to be evicted from their home at 2:00 p.m. today, December 31, so that the Israeli Custodian for Absentee Property could take possession of the house. The Jerusalem District Court ordered the eviction to be postponed until March 1, 2013 after the family’s lawyer appealed to Israel’s high court.

Activists and politicians who support the Shamasnehs in their fight to stay in their East Jerusalem home emphasize that this is just a temporary postponement in the eviction, and that the family of 10 is still in danger of losing their house. They also point out that it is just one of many examples of Israel’s lopsided, discriminatory application of the law that is leading to the “Judaization” of East Jerusalem.

In a number of cases, the Israeli Custodian of Absentee Property has handed over Palestinian homes to Jewish settlers after Israeli courts have ruled that the properties in question were owned by Jews prior to the 1948 war. Palestinian refugees who were forced or fled from their homes in the same period, however, are not allowed to sue for the properties in Israeli courts.

The Shamasneh family has lived in their Sheikh Jarrah home since 1964, three years before Israel occupied East Jerusalem. In 1980, Israel unilaterally annexed East Jerusalem, a move that remains unrecognized by the international community.

Speaking yesterday of the Shamasneh’s case, Dr. Saeb Erekat of the Palestine Liberation Organization remarked, “We hold Israel accountable for any consequences to their illegal actions and we call upon the international community to end the culture of impunity for Israel and treating Israel as a state above international law.”