A new film ventures to allow Palestinian children to ‘describe a world full of violence and politics, of death and prisons, of conflicts and pain, a world created for them by the grownups. To let them explain this world to us, to describe it to us simply, with the clarity and naïveté that they still retain, despite everything.’ 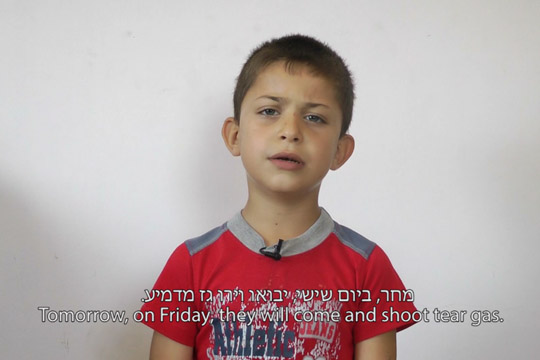 “Sometimes I’m Scared. Sometimes I Hit” looks directly into the eyes of Nabi Saleh’s children. Political activist and theater student Yuval Auron created the film within the framework of the “Beyond the Walls” video documentary workshop run by ActiveVision. Auron decided to talk to children in the village he has been visiting every Friday for the past three years and to express their narrative in film, including conversations with seven children, the youngest six years old and the oldest, 16.

Nabi Saleh, a village of roughly 500, lies a mere 35 minutes from Tel Aviv. The children of Nabi Saleh were born into life under the occupation of a foreign army and for more than four years, a popular unarmed struggle against it. The children are very much a part of this; a significant part. They demonstrate, struggle, are arrested and soldiers invade their homes in the middle of the night. They visit their parents in prisons, are shot at, and attend the funerals of victims in the struggle. 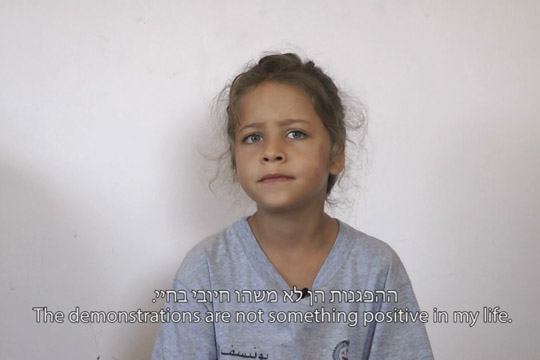 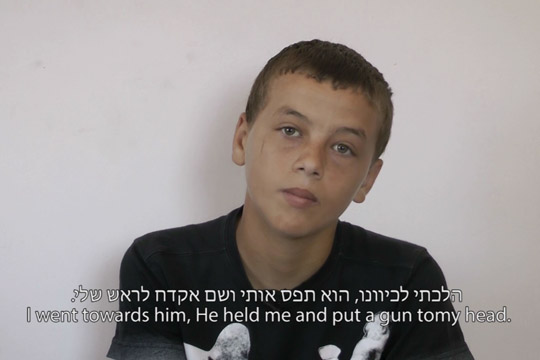 Auron, for whom this is a maiden venture into filmmaking, explains his process in making the film: ”I came to make this film in an attempt to understand just a small part of these children’s world,” he says, “to talk to them and to hear how they see things. To hear them describe a world full of violence and politics, of death and prisons, of conflicts and pain, a world created for them by the grownups. To let them explain this world to us, to describe it to us simply, with the clarity and naïveté that they still retain, despite everything.”

“Maybe these children are for me, those who have yet to hurt anyone in this sad story, those who really don’t deserve this,” Auron continues. “You can argue about everything, except about their words. The absolute justness of their experience. Maybe it is clearest when they say it. Maybe if all we have left is a white wall and a chair and a child we will be able to listen. To look for a few minutes, through different eyes, at all that we have created here.”

This month, the film will participate in two European film festivals. One is an online competition put on by “Human Rights Nights,” a non-profit organization committed to promoting human rights through the advancement of social projects. The film that gets the most “likes” will be screened at the organization’s festival in Bologna, Italy between the 9th and the 18th of May. In the second competition, MADE in MED, the film compete for the audience favorite award, along with other short films created by directors from Algeria, Egypt, Israel, Jordan, Lebanon, Libya, Morocco, Palestine, Syria and Tunisia.

ActiveVision is an NGO established in 2006 by a group of artists and activists in the field of visual arts, myself among them. The group’s activities focus on running workshops in the field of photography and video in different communities, out of a desire to encourage those communities to develop direct and independent channels of visual media as a tool in their social and political struggles. It aspires to challenge the traditional relationship between the documented and the documenter. In the “Beyond the Walls” project, which was carried out in cooperation with popular committees in the occupied territories and with Italian organization SCI, which is supported by the European Union, ActiveVision ran a course in documentary video for local political activists. The nine films that were created by the participants will be screened on the May 29 in Café Yafa in Jaffa, and on June 20 at the Tel Aviv Cinemateque. 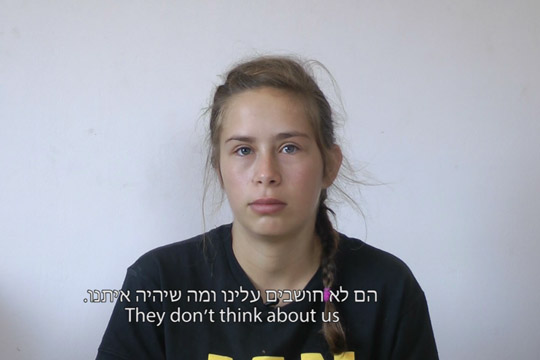