Dozens of residents of Nabi Saleh, joined by supporters from Israel and abroad, marked a historic victory on Friday when they succeeded in reaching the village’s confiscated spring. 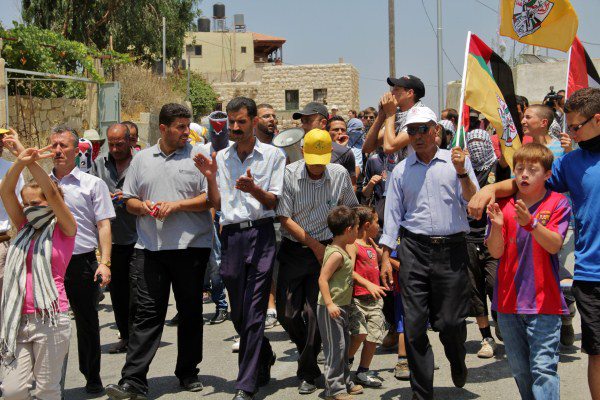 Residents and supporters of Nabi Saleh march on Friday toward the village's spring (photo: Tamimi Press)

Protests in the small hilltop village started in December 2009 as a response to the annexation of the freshwater spring and theft of other  village lands by the adjacent settlement of Halamish. Since then, weekly protests have attempted to reach the spring but are always met with harsh military violence. In the past few months, two women’s marches were able to reach the spring in the middle of the week, but this week marked the first time in which the Friday demonstration arrived at the site. 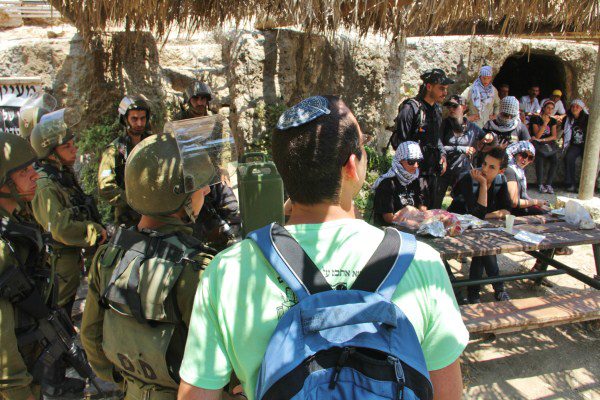 Nabi Saleh is a small village of approximately 550 people, twenty kilometers northwest of Ramallah in the West Bank. Halamish (also known as Neveh Tzuf ) was established on lands belonging to the villages of Nabi Saleh and Deir Nidham in 1976. 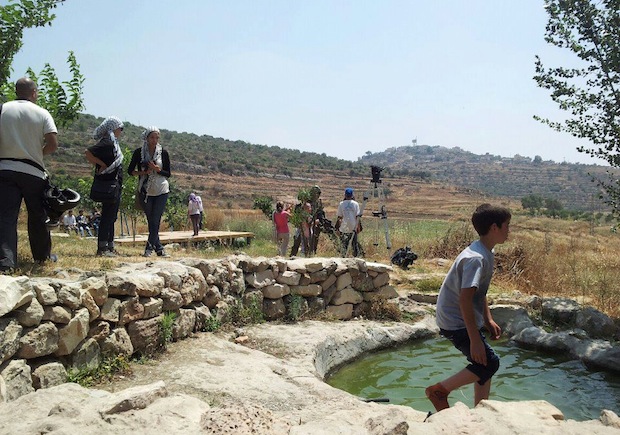 In December 2009, the village began weekly non-violent demonstrations against Halamish’s annexation of the  fresh water springs and other village lands.  Since the start of the demonstrations, the Israeli military has sought to repress the protests, arresting more than 13 percent of the village, including children. In total, as of March 31, 2011, 64 village residents have been arrested.  All but three were tried for participating in the non-violent demonstrations.  Of those imprisoned, 29 are minors under the age of 18 years and four are women. 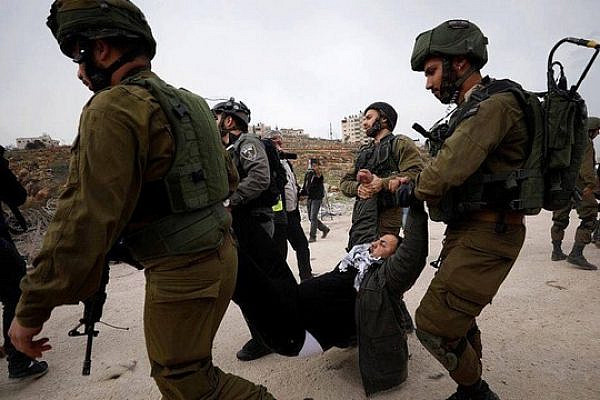 Israel arrests three leading Palestinian activists in West Bank
Israeli forces arrest Manal Tamimi, Jamil Barghouti, and Munther Amira, three prominent activists in the nonviolent struggle against the occupation. By Yael Marom The Israeli army arrested a number of prominent activists in the Palestinian popular struggle over the past few days, during protests against President Trump’s declaration on Jerusalem, and the arrests of members…
By +972 Magazine December 29, 2017 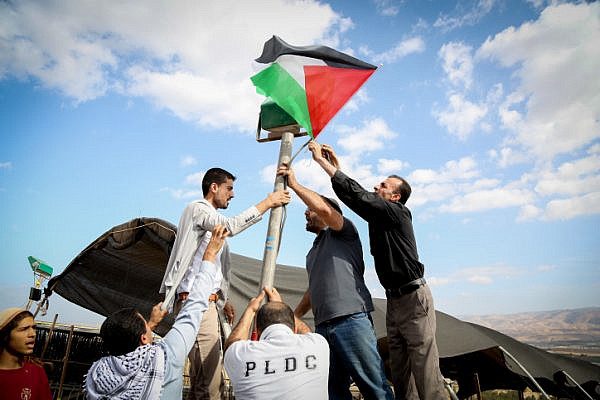 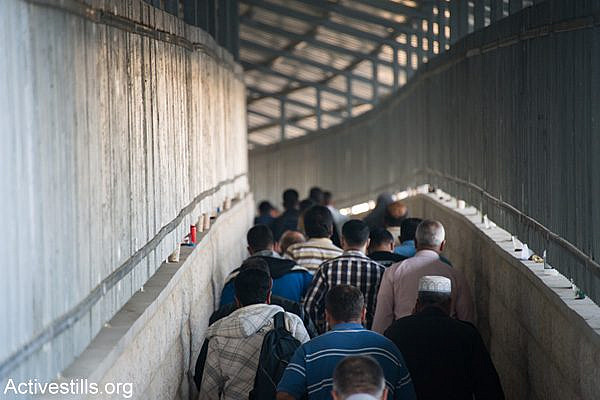