Many in Israel view the agriculture industry as moral and ethical one – one that symbolizes the infrastructure upon which the country was built. However, the reality portrays a much less attentive and heroic attitude toward foreign workers. 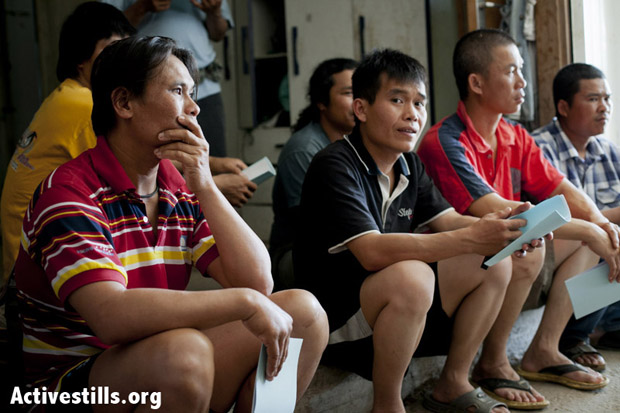 Thai workers sitting and listening at their residence in Kfar Varborg. (Shiraz Grinbaum/Activestills.org)

Kav LaOved – Worker’s Hotline has recently received various complaints from employers of lawsuits from lawyers representing Thai workers in Israel and abroad. According to an article published on MyNet [Hebrew], the kibbutzim have already nicknamed the phenomenon “the Thai sting.” According to the article, among the various positions on kibbutzim, this one remains “the most legal and manipulative, a phenomenon that works to blackmail farmers in Israel.”

Together with sweeping human rights violations, the agriculture industry is trying to improve its defense against providing payments and basic rights, either through lawyers or through organizations in the public sector.

Many in Israel view the agriculture industry as moral and ethical one – one that symbolizes the infrastructure upon which the country was built. The reality portrays a much less attentive and heroic attitude toward workers. Masked behind the historic image of the pioneer, many farmers in Israel run an exploitive and destructive employment policy towards their migrant workers, made possible by the lack of comprehensive enforcement by the authorities. And while the powerful farmer’s lobby demands a growing number of workers to preserve the power of agriculture in Israel, it does not demand its members respect their workers by compensating them according to the law.

This month, a rare court ruling made by Judge Shai Yochanan Cohen at a local district court in Be’er Sheva, exposed the ugly mask of harmful employment, bordering on abuse and inhumanity.

In 2007, Lama, a migrant worker from Nepal, arrived in Israel to begin working in the agricultural sector. He was sent to work at Regolski and Sons Co. on Moshav Nativ Ha’asara, where after four years, his back was completely destroyed in a work accident. After his first treatment, the pains in his back started to increase. According to his statements, he requested to see a doctor, but was forced to continue to work. As the pains got stronger, his productiveness suffered and was terminated from employment.

In 2011, Lama approached Kav LaOved in order to receive help in calculating damages and other rights. When he spoke to his employers about the calculations, he received a negative response. At this point, Lama turned to a lawyer, Micah David Asher, who submitted a lawsuit for unpaid damages, differences in minimum wage, and social rights in Lama’s name. 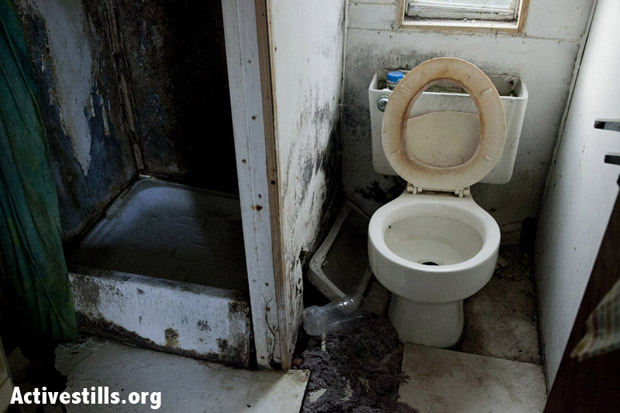 A toilet at a Thai workers’ residence in Kfar Varborg. (Shiraz Grinbaum/Activestills.org)

The ruling was handed down only after Lama had returned to Nepal. The judge ruled that the defendants were to pay him NIS 240,000 for rights violations, not providing salary stubs, and fraud. As stated in the court ruling: “We are of the opinion that the current reports and even the salary stubs provided by the defendants were forged and edited in order to serve the legal interests of the defendants, to prepare their actions for this court ruling.” As a result, the payment was granted to Lama.

Although a public debate regarding lawyers who aid migrant workers who sue their employers has evolved, it remains totally irrelevant. If social rights were respected, if minimum wages were paid, and if the workers were given a yearly vacation, there would be no need for lawsuits. Therefore, the question should deal with workers and their conditions.

It would be worthwhile for farmers to read this court ruling. It is a warning to those employers who believe that they can get away with not providing their employees salary stubs, those who do not allow their workers the freedom of using healthcare, or those who calculate wages using false data and justify it by saying that Thai workers in Israel will always get a higher wage here than in Thailand. All of those farmers who are sure they can violate migrant workers’ rights and get away with it. 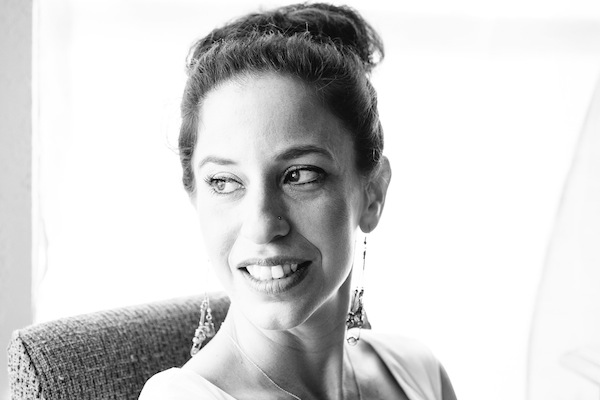 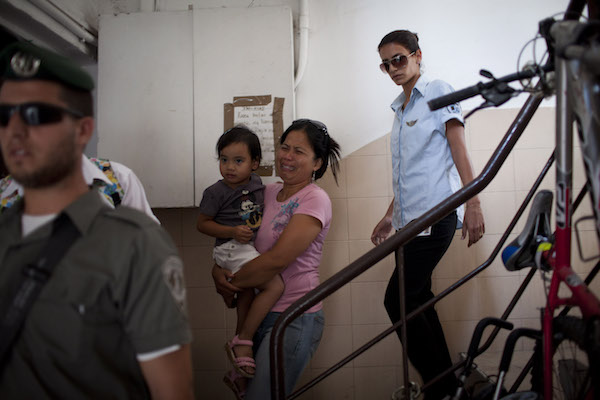