A recent feature on Israeli television attempted to cast Jewish-American BDS and anti-occupation activists as self-hating Jews. As anti-Semites. How dare you!

A reporter from Israel’s Channel 2, Danny Kushmaro, recently visited Boston on a mission to find American Jews who support BDS and actively oppose Israel’s occupation. One of the key interviews in his resulting item was with Alice Rothschild. In the interview, in lieu of asking questions, he made accusations with statements such as: “You want to boycott me, as a citizen of Israel, and boycott my country.”

“But you’re boycotting me,” Kushmaro retorted.

“I am not boycotting you—”

“And you don’t boycott other countries, just Israel,” he went on.

“I feel that Israel has lost its way. And it really pains me—”

“And you tell us what is the way? What is the right way?”

“You, from convenient Boston? Will tell us what is the right way?”

“I am responsible, because I am funding the occupation,” she explained.

In the segment, which aired on Channel 2’s popular Friday evening show last week, Kushmaro touched upon all four logical pillars — convoluted as they are — often used to attack diaspora Jews who boycott Israel (like Rothschild). The same arguments are also commonly used against those who actively oppose the occupation and find nonviolent protests like BDS to be wholly legitimate (like myself).

Kushmaro has done us a service, by providing the opportunity to expose and undermine them in a single setting.

1) You, from convenient Boston? — The ‘you have no right’ argument

Kushmaro bristles that Rothschild would dare oppose Israel by supporting BDS, suggesting that she has no right to tell Israel what to do. However, as Haggai Matar notes in his brilliant takedown, Kushmaro doesn’t really believe she has no right. Indeed, he and other so-called ‘pro-Israel’ Jews have no problem with AIPAC or right-wing billionaires dictating what Israel should or should not do, no matter how destructive their directives. Kushmaro opposes Rothschild’s politics, not her right to express or actualize them.

And for good reason. The State of Israel, in the country’s Declaration of Independence, implored all diaspora Jews to invest in Israel, to help make it a country “based on freedom, justice and peace” for all its inhabitants:

WE APPEAL to the Jewish people throughout the Diaspora to rally round the Jews of Eretz-Israel in the tasks of immigration and upbuilding and to stand by them in the great struggle for the realization of the age-old dream – the redemption of Israel.

This direct appeal to me, as a diaspora Jew, grants me the ‘right’ to invest in Israel’s redemption by opposing the occupation. It grants me the right to boldly claim I own Israel, just as it grants BDS activists like Rothschild the right to oppose an oppressive country. As I will argue below, that does not mean I am inherently part of the project of Israel just by being Jewish – only if I claim this right.

2) You don’t boycott other countries? — The double-standard attack

Kushmaro sought out Rothschild because he believes that she, as an American Jew, has a responsibility to support Israel (in the way he considers correct). However, when she expresses that investment by opposing Israeli policies, he pulls out the double-standard canard: Wait, why are you targeting just Israel?

Here’s the thing: that’s how activism works. As I’ve written previously, activism demands selectivity, which is why the double-standard attack holds absolutely no meaning. See, anyone who chooses to focus upon a cause by definition will be neglecting others. Rothschild—along with almost all American Jewish activists who critique Israel—have chosen their cause because they feel a responsibility to do so. As Jews.

Remarkably, it’s the same responsibility Kushmaro believes they have—to be focused on Israel—which is why he sought to interview them in the first place.

3) Conflating Israel and the Jewish people

The fact that Kushmaro’s segment for Channel 2 even exists is because he conflates Israel with all Jews, believing they are all inextricably bound up with the country as members of the Jewish people, and thus should support it (albeit only in state-sanctioned ways).  Netanyahu routinely employs this conflation, saying he represents the “entire Jewish people” as a way to cast political criticism as anti-Semitic. But automatic conflation between Israel and Jews is a vile and dangerous anti-Semitic trope.

Israel and Judaism are not the same, nor are diaspora Jews inherently a part of Israel—a political state. Despite the country’s appeal at its founding, many American Jews have chosen to reject that appeal since Israel’s birth, and that too is their right. Indeed, large swaths of American Jews today have chosen to distance themselves from Israel, and many could care less about the country, due in large part to the very policies I and other Jewish activists oppose.

Why does Kushmaro seek out American Jews, and not Palestinians or Presbyterians as well, when looking to interview BDS activists? Because he believes American Jews are inherently, as part of global Jewry, a part of Israel – even if they choose not to be.

Kushmaro couches his entire segment within a profile of growing anti-Semitism on university campuses in America. However, as Matar rightly asked: “What does anti-Semitism have to do with educated, articulate, and knowledgeable American Jews (some of whom even lived in Israel) who support the boycott?”

Though Kushmaro’s intention is clear: to cast BDS activists and opponents of the occupation who find nonviolent protest to be wholly legitimate as self-hating Jews. As anti-Semites.

Jon Stewart once said, when similar charges were levied against him, “How dare you?”

And so I say to Kushmaro, How dare you? Four times over.

David Harris-Gershon is a writer for Tikkun and author of ‘What Do You Buy the Children of the Terrorist Who Tried to Kill Your Wife?‘ 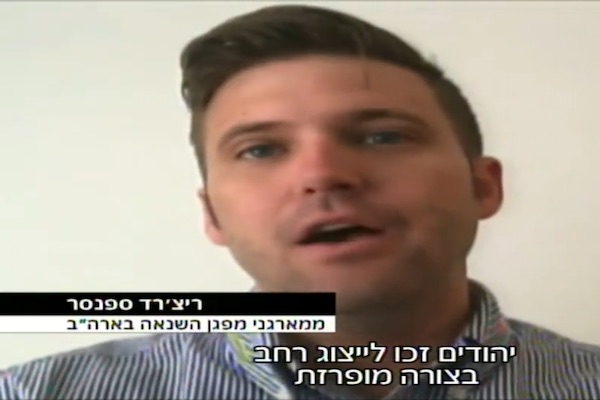 Richard Spencer tells Israelis ‘White Nationalism’ is akin to Zionism
The prominent white supremacist is given a platform on Israel’s top-rated news show, and the host doesn’t once challenge his anti-Semitism or hateful views. By +972 Magazine Staff Israel’s most popular prime-time television news show gave white supremacist Richard Spencer a platform to try and convince Jewish Israelis that White Nationalism is analogous to Zionism,…
By +972 Magazine August 17, 2017 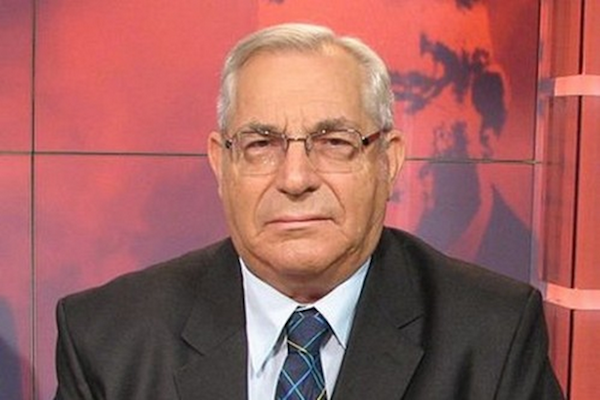 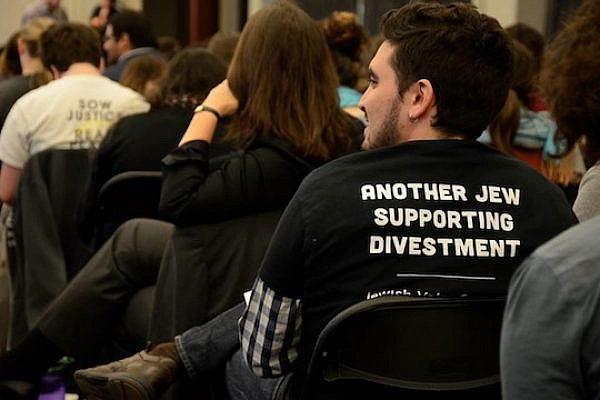