This week, West Bank Palestinians make their way to Jerusalem to pray in al Aqsa Mosque during the holy month of Ramadan, African asylum seekers protest the country’s Anti-Infiltrator Law outside the attorney general’s home, an Israeli human rights worker is shot by Israeli forces and Israelis demonstrate for housing rights. 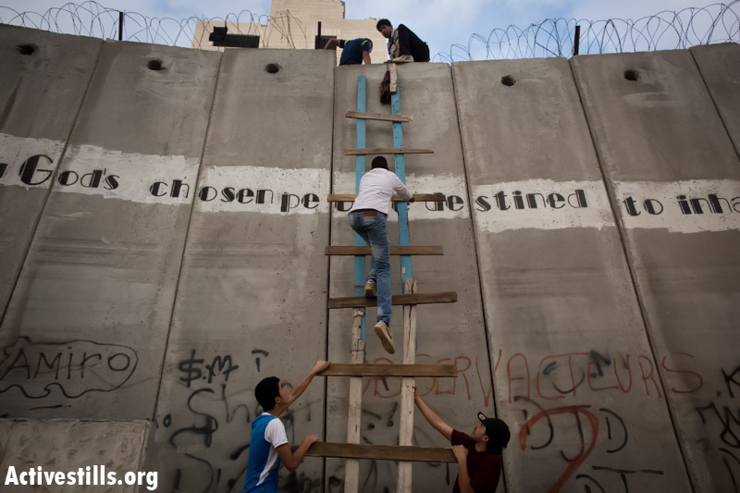 Palestinians use a ladder to climb over the Israeli wall in A-Ram, north of Jerusalem, on their way to Al-Aqsa mosque, in the Old city of Jerusalem to attend the second Friday prayer in the fasting month of Ramadan, 19 July 2013. (Photo by: Oren Ziv/ Activestills.org) 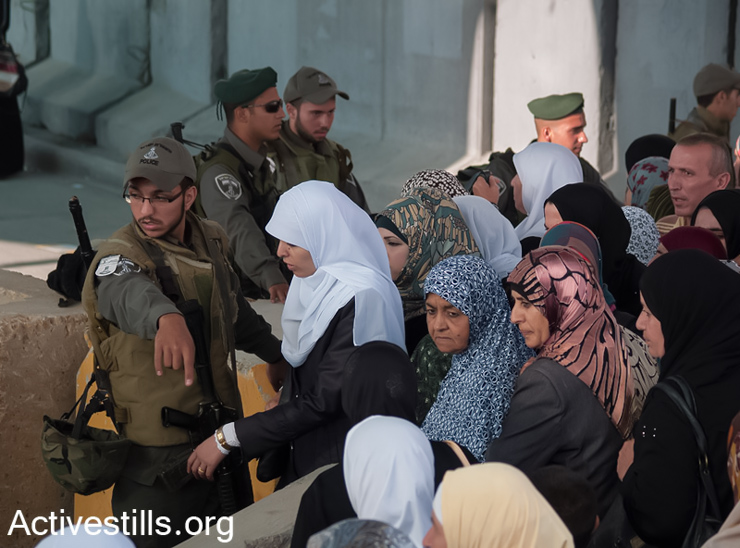 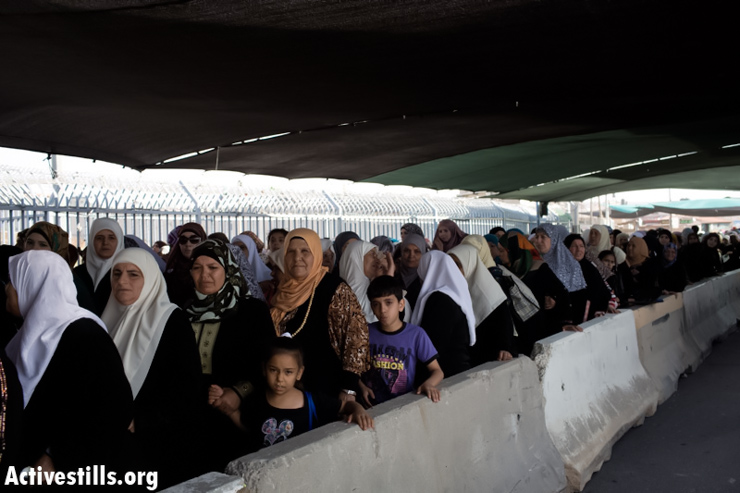 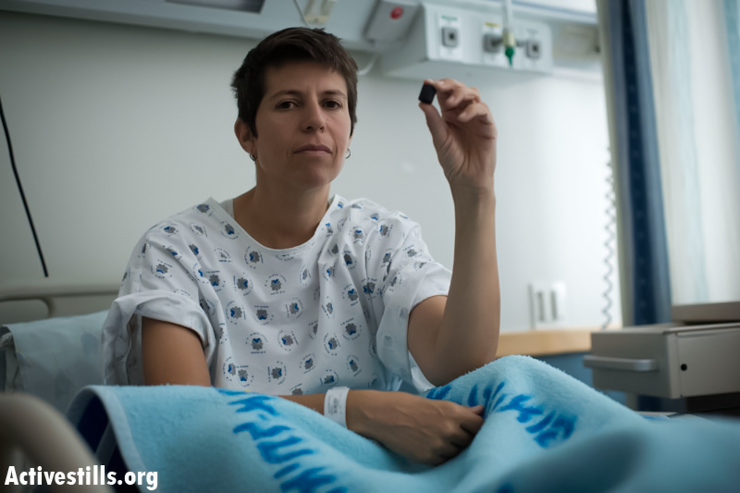 B’Tselem spokesperson Sarit Michaeli holds a rubber coated bullet, which was taken out of her leg, in Ichilov hospital in Tel Aviv, July 20, 2013. Israeli forces shot Sarit at close range during the weekly protest against the occupation in the West Bank village of Nabi Saleh on July 19, 2013. (Photo by: Oren Ziv/Activestills.org) 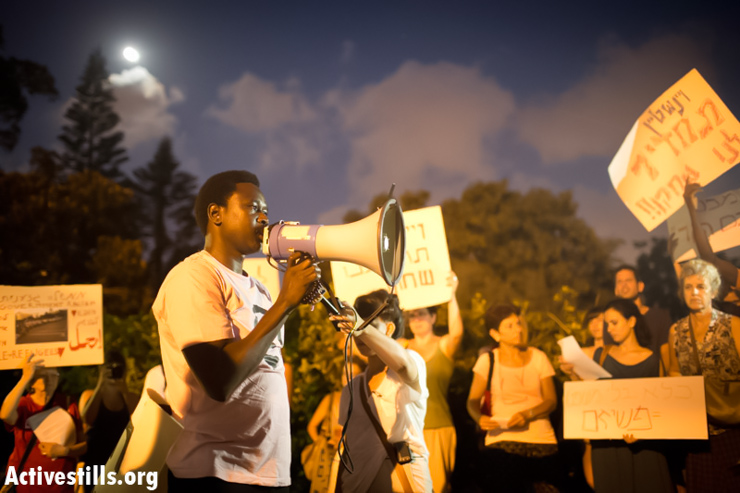 Israeli activists and African immigrants protest in front of the house of Yehuda Weinstein, the Attorney General of Israel, against the “infiltration law” which sends asylum seekers to years in prison with out a trial, Herzliya, July 20, 2013. The protest was held following the arrest of Babi Ibrahim, who was arrested a few days previous in south Tel Aviv and accused is stealing a bike. Later, when the police discovered he did not commit any crime, he was send to prison under the “infiltration law.” Several days later, however, and spurred by the protest, Weinstein reviewed Ibrahim’s case and ordered his release from prison. (Photo by: Oren Ziv/ Activestills.org) 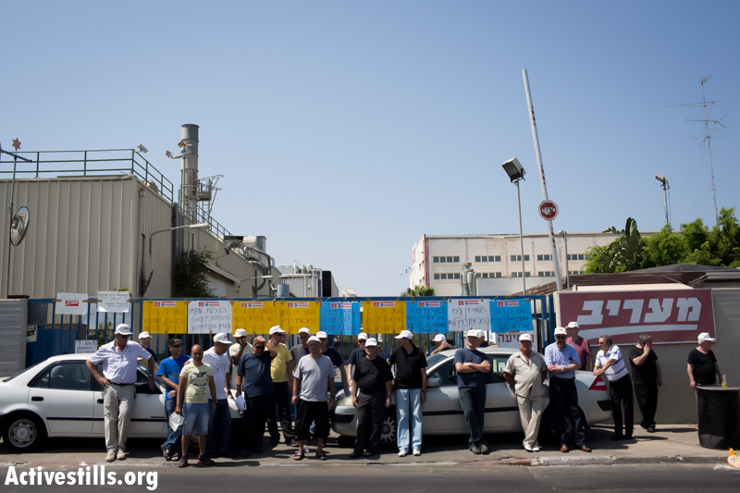 Workers of Maariv newspaper block the entrance to the printing house, to prevent the management from removing the printing equipment, Bat Yam, July 23, 2013. The workers want to ensure that they get their full social rights and retirement payments. (Photo by: Oren Ziv/ Activestills.org 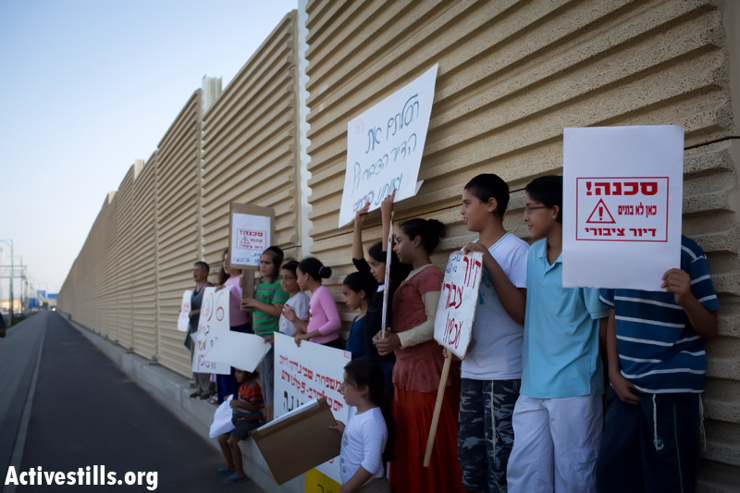 Members of the Shabi family and their friends protest for public housing and to show solidarity with the Shabi family, who were evicted from their house and now live in a park in the city of Petah Tikva, July 23, 2013. (Photo by: Oren Ziv/ Actviestills.org)
Get Our Weekly Newsletter