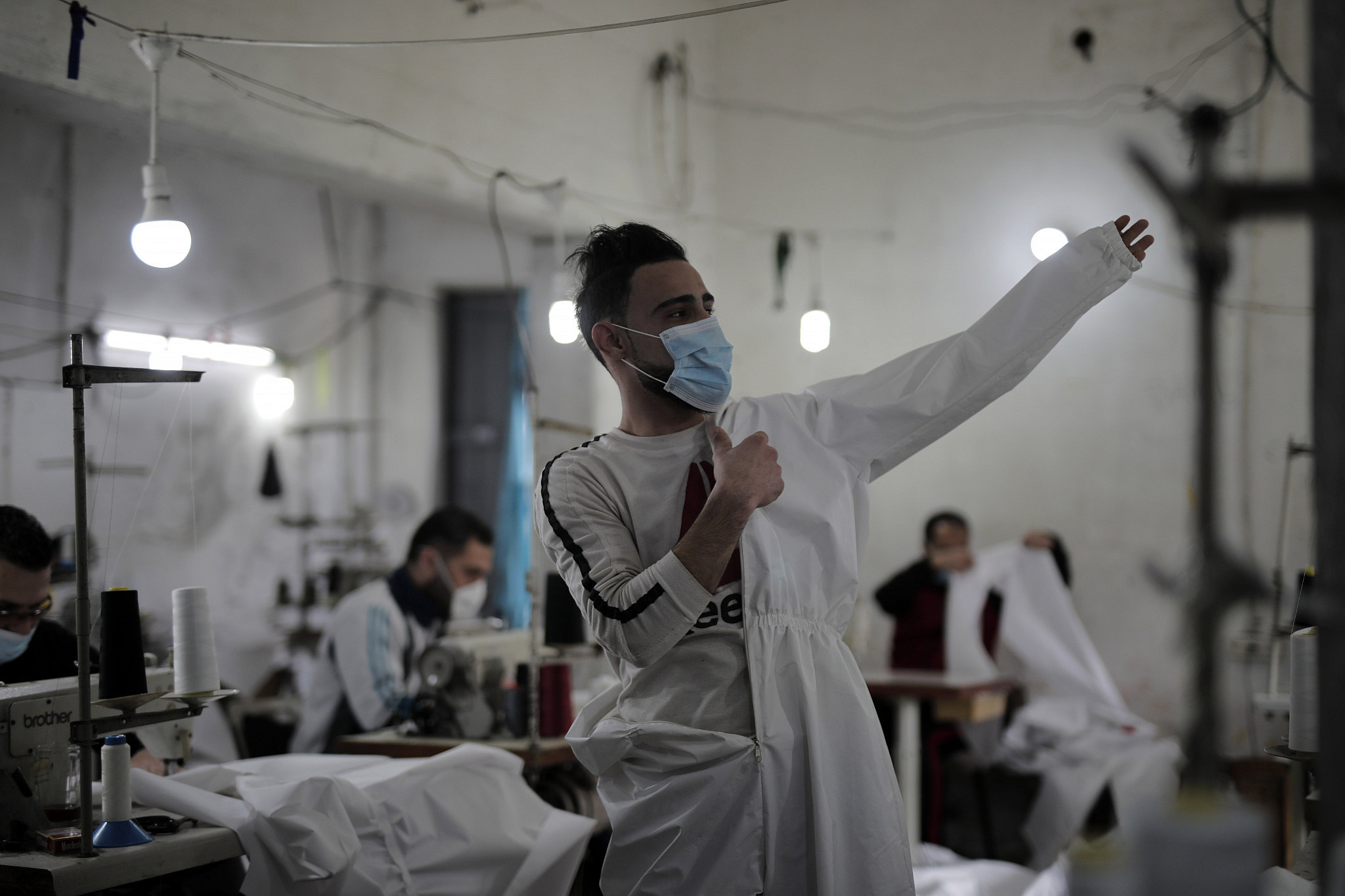 When the new coronavirus reached Gaza, Alaa Qreiqea decided he would repurpose his children’s clothes factory to make protective suits. His workshop now produces about 400 suits a day, which are sold to essential workers inside the strip as well as in the West Bank and Israel.

The factory employs about 30 people, said Qreiqea, who is in his 20s and hails from the Shuja’ia neighborhood of Gaza City. Knowing that the laborers have families to support in this difficult time is what motivated him to keep the factory operational, he explained. 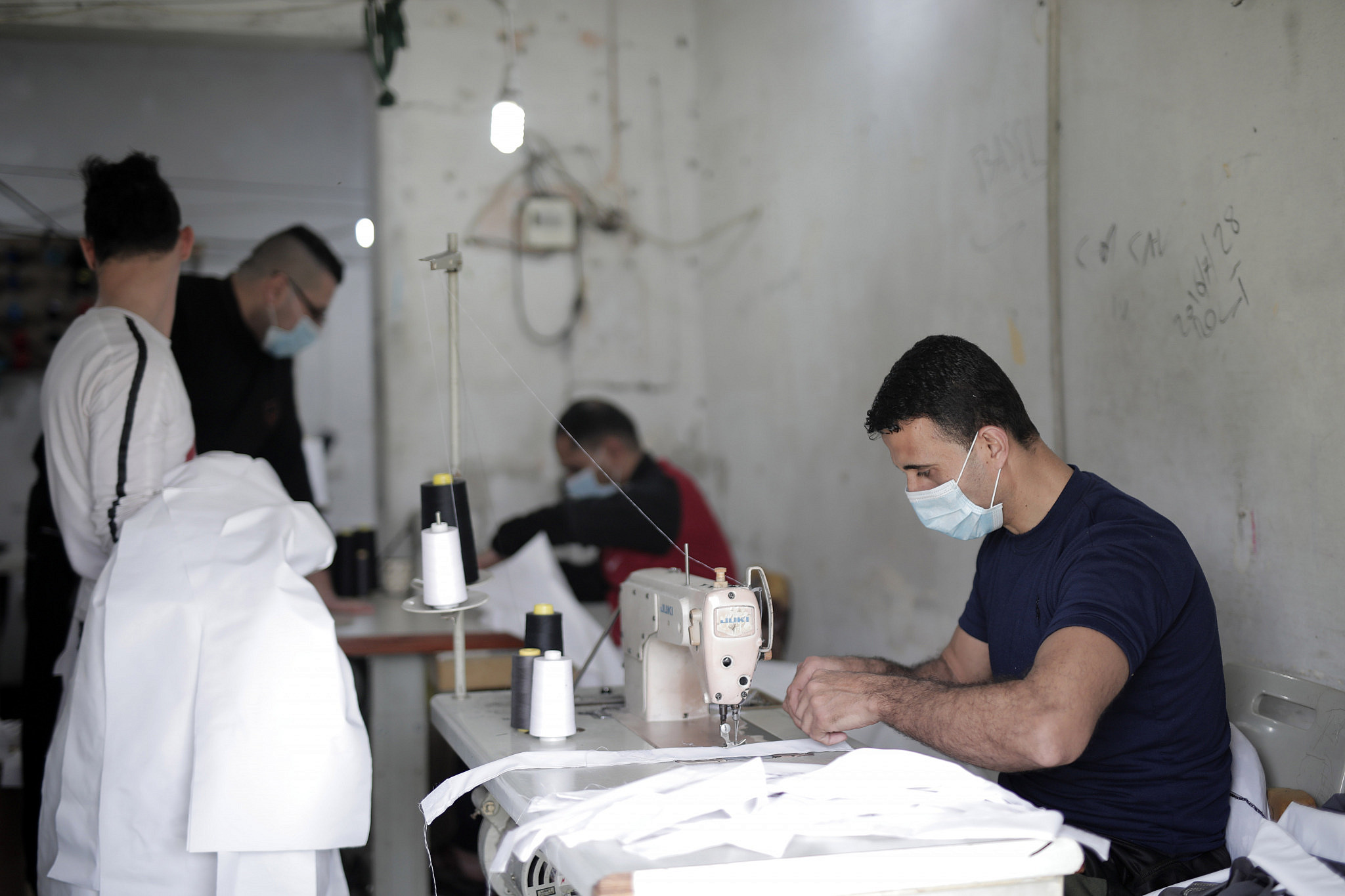 “It is not about profit, but about protecting people from grave danger,” he said.

To make that transition, Qreiqea researched fabrics that can be used to make the protective suits, until settling on a waterproof and heat-resistant material. When the suits are completed, they go through lab tests to ensure they meet global health standards. Finally, they are sterilized before being sold to customers in the strip, which include security forces, medical personnel, and journalists. 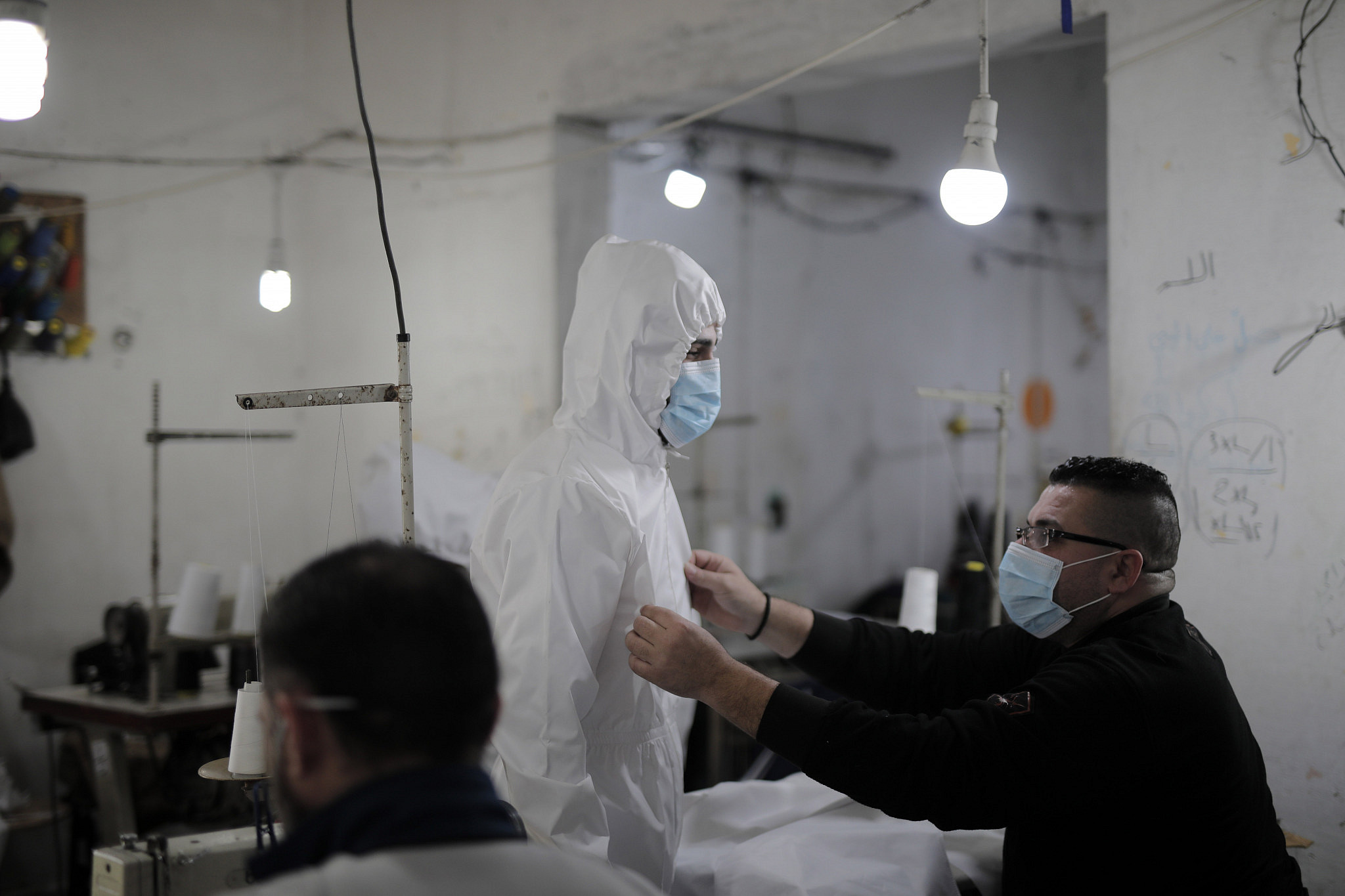 “It is not about profit, but about protecting people from grave danger,” says factory owner Alaa Qreiqea in Gaza City, March 28, 2020. (Mohammed Zaanoun)

The Palestinian Health Ministry has confirmed a total of 263 COVID-19 cases in the occupied Palestinian territories as of April 8, of which 44 have recovered and one has died. A total of 13 cases have been recorded in Gaza, including six people who have recovered. 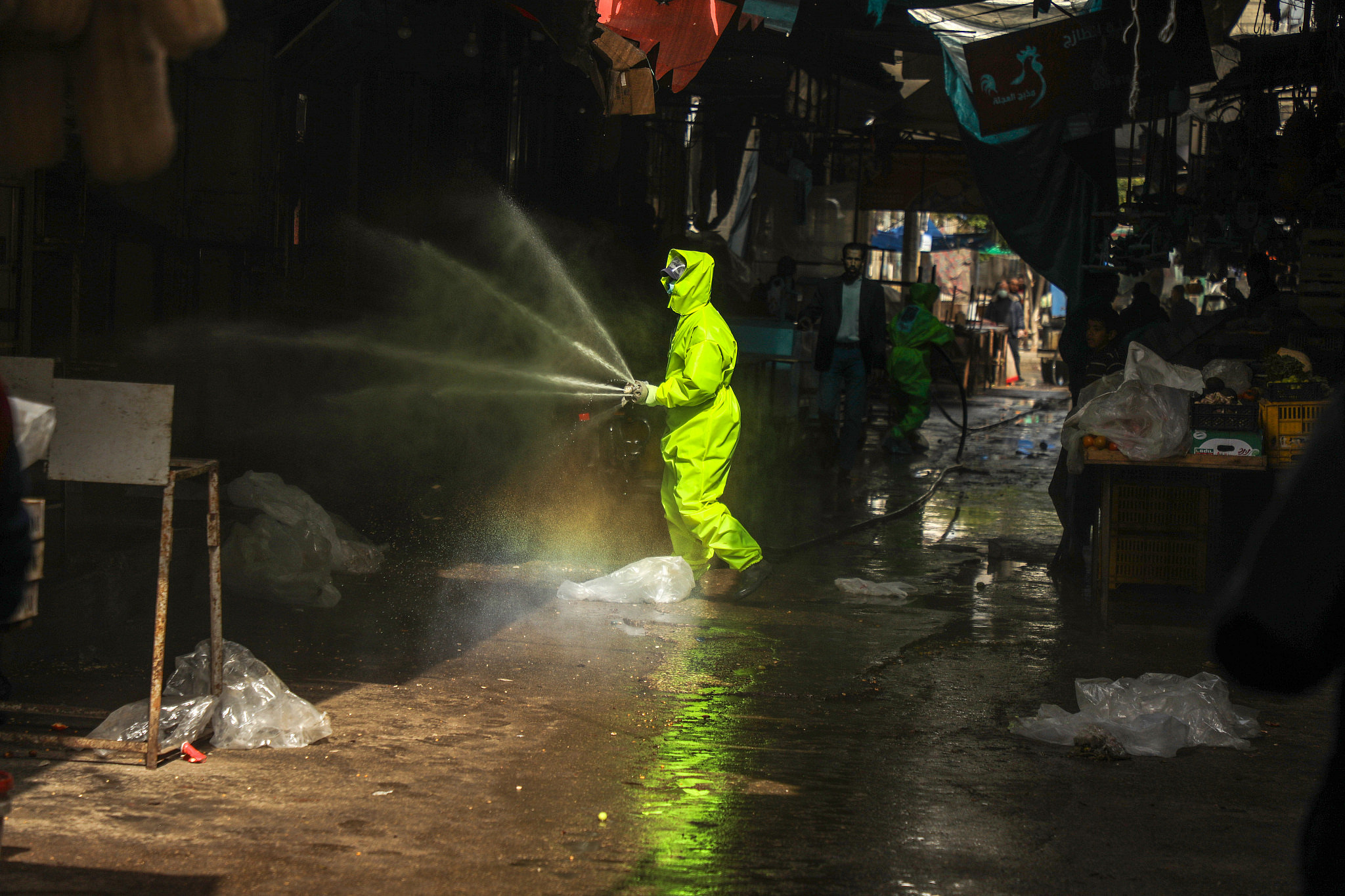 Israel has imposed a land, air and sea blockade on the strip and its two million Palestinians since 2007, following Hamas’ rise to power. Years-long restrictions on the exit and entry of people and goods have led to surging unemployment rates and extreme poverty. Access to clean water and electricity is irregular, and hospitals suffer severe shortages in medicine and equipment.

“We are in an emergency,” said Qreiqea. “I hope this nightmare will end.”