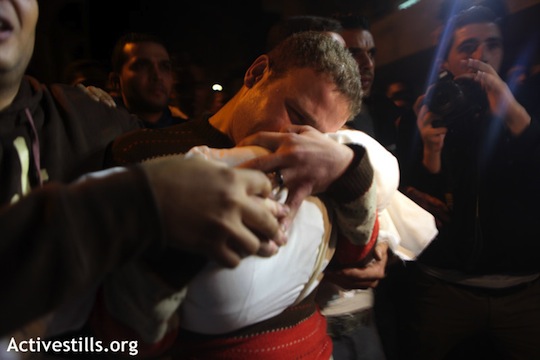 No. Not again. This can’t be happening again. But there it is.

Once again, just like it was four years ago, it is winter. Reports on tension, violence, the regular exchange of rockets on southern Israeli towns, and assassinations and airstrikes on Gaza dominate the media once more. Calls for revenge and a more resilient response are commonly heard.

And then: a bigger attack. Something that Israel knows will drag both sides into using all they have, usually resulting in hundreds of dead and extreme destruction on the Palestinian side, and several killed and severe damage on the Israeli one. Last time, in December 2008, during Operation Cast Lead, some 1,400 Palestinians were killed by Israeli air strikes and invasions, as were 13 Israelis in combat and by rocket fire. Who knows how high the death toll of “Pillar of Defense” will be.

Last time there had been a short truce, violated by an Israeli attack which escalated the fighting. This time around, the Israeli assassination of Hamas military commander Ahmed Jabari comes in the midst of ongoing hostilities. Today, just like four years ago, reserve forces are being called up and tanks are getting ready to enter the Strip. Heavy bombardments are taking place all over Gaza, and reports are starting to come in regarding the dead – including two children – while the entire population in southern Israel is also seeking cover in shelters.

And nobody ever really remembers the numbers, or the exact route that brought us to this point. Way back in 2008, everybody was saying how Israel had “patiently” been suffering rocket fire for eight years without a proper response. Nobody remembered the countless military operations that preceded Cast Lead, nor the 3,004 Palestinians (635 of them children) killed in Gaza by Israeli attacks between 2001 and 2008, a period during which 16 Israelis (including four children) were killed in Israel by Palestinian fire from the Gaza Strip. And now, nobody in mainstream media will remind us of the 271 Palestinians killed in Gaza by Israeli forces since Cast Lead, a period during which three Israelis were killed from Palestinian fire (all figures from B’Tselem). Not to mention the siege. Nobody remembers the siege. And no, negotiations, peace talks, or any kind of long-term cease fire are not even being considered.

Stop it, stop it now.

And yes, once again elections are right around the corner. “How do you explain the fact that both in Cast Lead and now, these things happen right before the elections?” asks the young reporter on Ynet. “Well, it’s because they (the Palestinians) had gone too far then, and they’ve gone too far now,” responds learned veteran military commentator Ron Ben-Yishay, while gracefully avoiding the idea that wars and attacks such as these might be a cynical tool in the hands of political leaders and candidates. War sits well with voters, especially if casualties and damages on our side can remain significantly lower than that on the other. Not that there’s any danger of Netanyahu not being re-elected anyway, but it never hurt to gain a couple more seats in Knesset for the ruling party and its allies. Not surprisingly, Lapid, Mofaz and Labor’s Yachimovich all hurried to enlist and support the troops in this “most justified” action of “self defense.”

And once again demonstrations will take place in Tel Aviv, and maybe Haifa and Jerusalem. Fifty on the first day, 200 the next. The first weekend might bring out a thousand or so, and if it goes on – ten or 15 thousand within three weeks. Maybe this time some ex-J14 activists will join the usual crowd. Arrests will be made. Several reports of police brutality will spread in social networks. Nobody will care much. The assault will run its course either way.

And in the end they’ll say we’ve “restored deterrence,” that “terrorist infrastructures” have been destroyed and it will take years to rebuild. The dead will not matter. Destruction will not matter. The Israeli south will once again be forgotten, abandoned to the cruelties of unemployment and economic instability so typical of the Israeli periphery under a neo-liberal government. The operation will be declared a success. Until the next time around.

BECOME A MEMBER
More About periphery 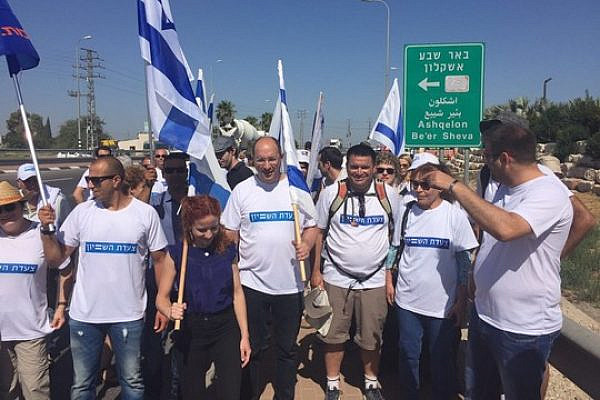 What are settlers doing at the ‘March for Equality?’
Israeli settlements enjoy preferential, subsidized budgets, and play an integral role in a system of segregation and dispossession. Who let them join the ‘March for Equality’ with Israel’s most underserved and disadvantaged communities?  Israeli social activists and local government leaders began a march on Jerusalem this week, the March for Equality, demanding equality in state…
By Haggai Matar June 20, 2016 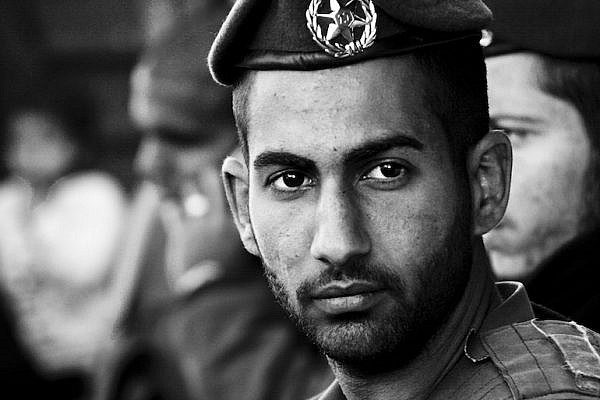 Black labor: How a white elite uses black soldiers to enforce its will
A new photo project focuses on the soldiers of Israel’s Border Police, the main military unit used to enforce the occupation of the Palestinians. Shot in various locations across Israel and the occupied Palestinian territories, ‘Black Labor’ looks at the points of impact where Israel’s elite pits black Jews against Palestinians. Photos by Mati Milstein, text…
By Haokets September 25, 2015 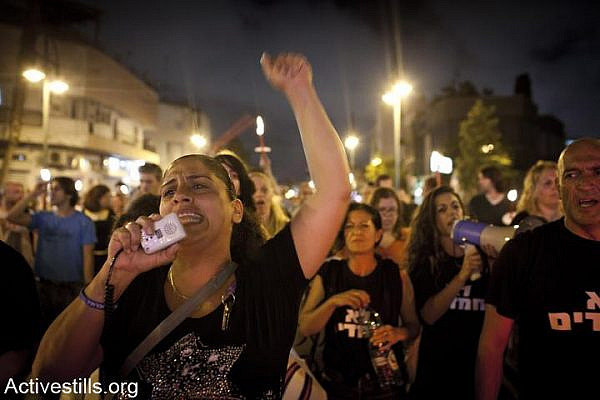 Israeli Black Panther: Mizrahim must boycott the elections
Since its establishment and until today, not a single election has fundamentally changed the status of Mizrahim in the ‘only democracy in the Middle East.’ Now we must use the only tool we have left at our disposal and refuse to participate in the game altogether.  By Reuven Abergel For Palestinian citizens of Israel, the upcoming…
By Haokets February 20, 2015