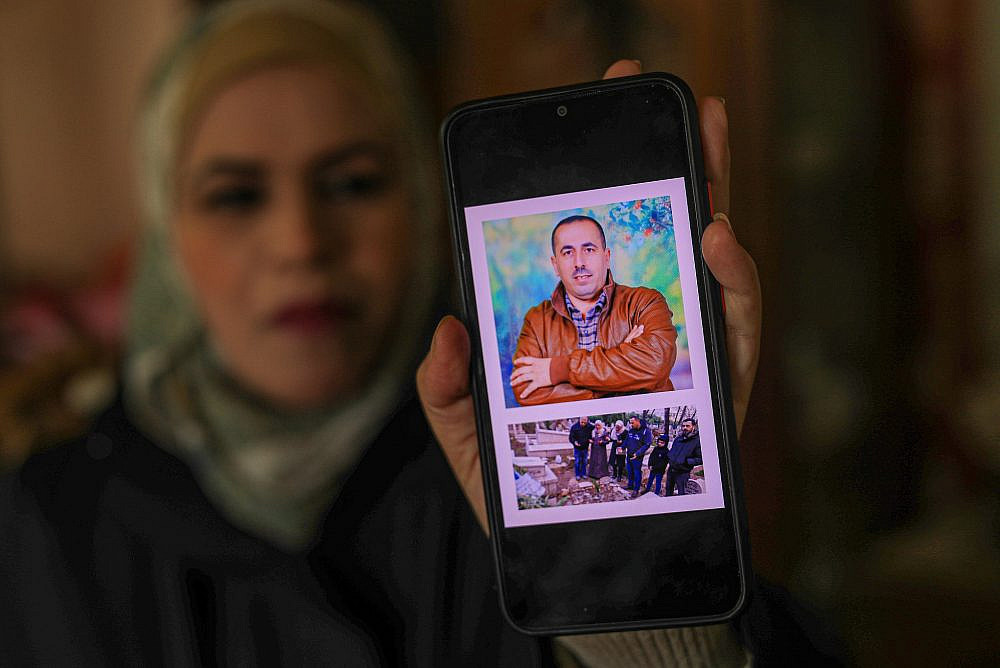 Ola Baqa holds up a photo of her brother who died before she received a permit to leave Gaza and visit him in the West Bank. (Mohammed Zaanoun)

Every day, I speak with Palestinians from the Gaza Strip who bear the brunt of Israel’s brutal policies that restrict their movement and deny them basic human needs. A recent such conversation I had, as part of my work at the human rights organization Gisha, illustrated just how exposed Palestinians in Gaza are to exploitation due to Israel’s policies — and how little choice they have over their own fate, let alone that of their families.

Last September, I spoke with a woman named Ola Baqa who was born in Nablus, in the occupied West Bank, and who moved to Gaza 20 years ago after she married a resident of the Strip. “I submitted a request to leave Gaza with my three children in order to return to live in the house in which I grew up, in the West Bank, with my extended family members who live there. My kids have never met them,” she told me. “My request was denied, because I signed a form saying I had given up my address in the West Bank. But I didn’t actually give it up, that’s just not true.

“Last year I was granted a permit to visit the West Bank [by Israel],” Baqa continued. “I made the request in order to see my brother, who was dying of cancer. But I didn’t get the permit to leave Gaza until after he had died. It was a difficult visit, everyone in my family was in deep mourning. The permit was for only three days, and I wasn’t late [back] by even a single minute. One of my sons has Down’s Syndrome, and he is dependent on me. It was hard for him that I was leaving.

“On my way back to Gaza, soldiers at the Erez Crossing stopped me and didn’t let me continue,” she went on. “I didn’t understand why, or what they were saying. A steward who was there came over to translate what they were saying, and he said, ‘Either you return to the West Bank, in accordance with the address on your ID card, or you sign a form saying that you are changing your address to Gaza.’ I tried to explain to them that I need to get home to my kids. When I saw that they couldn’t understand me, I broke down.” 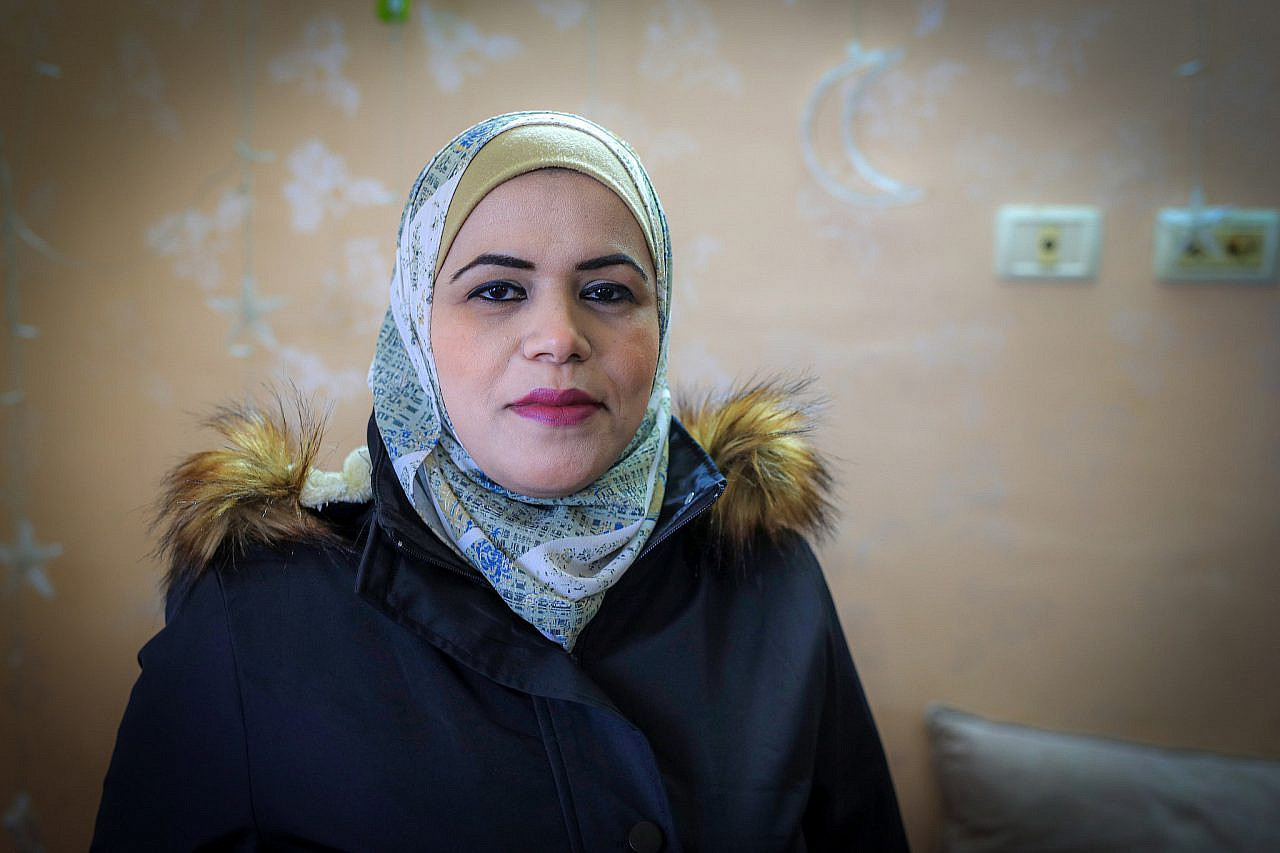 I pictured her there: a woman in her early 40s, in shock and mourning for her brother who she had not seen in years and whom she would never see again, helpless, begging, sobbing, torn apart over an impossible decision: return to her family’s home in Nablus, or return to her son with special needs waiting for her in Gaza. At this point, and not for the first time, I felt tears come to my eyes, too. “In the end I realized I had no choice. I signed the form to enter Gaza,” she said.

Stories like Baqa’s are not rare, given the Israeli policy of separation that for decades has driven a wedge between the Palestinian territories, isolating Gaza from the West Bank, even at the cost of dividing Palestinian families. If one member of a couple is registered as a resident of the West Bank and the other of Gaza, Israel only allows them to live in Gaza. It is almost entirely Palestinian women who move to Gaza for marriage. Israel permits those who do so to visit their families in the West Bank only in cases of “humanitarian and unusual” circumstances – death, grave illness, or the wedding of a first-degree relative in the West Bank. That’s it.

But the case of Baqa also reveals how Israel exploits these moments of despair to force Palestinian women who live in the Strip but are originally from the West Bank to sign the form declaring their permanent “settlement” in Gaza, and then uses it to deny them their right to return to their homes in the West Bank. A report published by Gisha on this disturbing practice notes that, according to international law, this is considered “forced transfer,” a serious violation of Article 47 of the Fourth Geneva Convention, which constitutes a war crime.

“I want to return to the West Bank,” Baqa continued in our conversation, “but I want to go with my children, in an orderly way. When I went to the offices of the Civil Commission in Gaza, so I could submit my request to visit my brother in the West Bank to the Israeli authorities, while he was still very sick, they told me that after my visit I should come back to the office and then submit my request to return to the West Bank. That’s what I did, but now, because I signed that form, they tell me that Israel denied my request.”

I told her Gisha would try to help. It was difficult for me to explain to her that, if we succeeded, Israel’s policies would mean that her husband, who is in the population registry as a resident of Gaza, would only be able to visit her and her children under circumstances matching the strict criteria – if one of them passed away, was deeply sick, or married. Even in cases like these, it is likely that Israel would deny his request to leave the Strip, because from Israel’s perspective he is marked as someone who may “settle” in the West Bank, and is therefore dangerous. 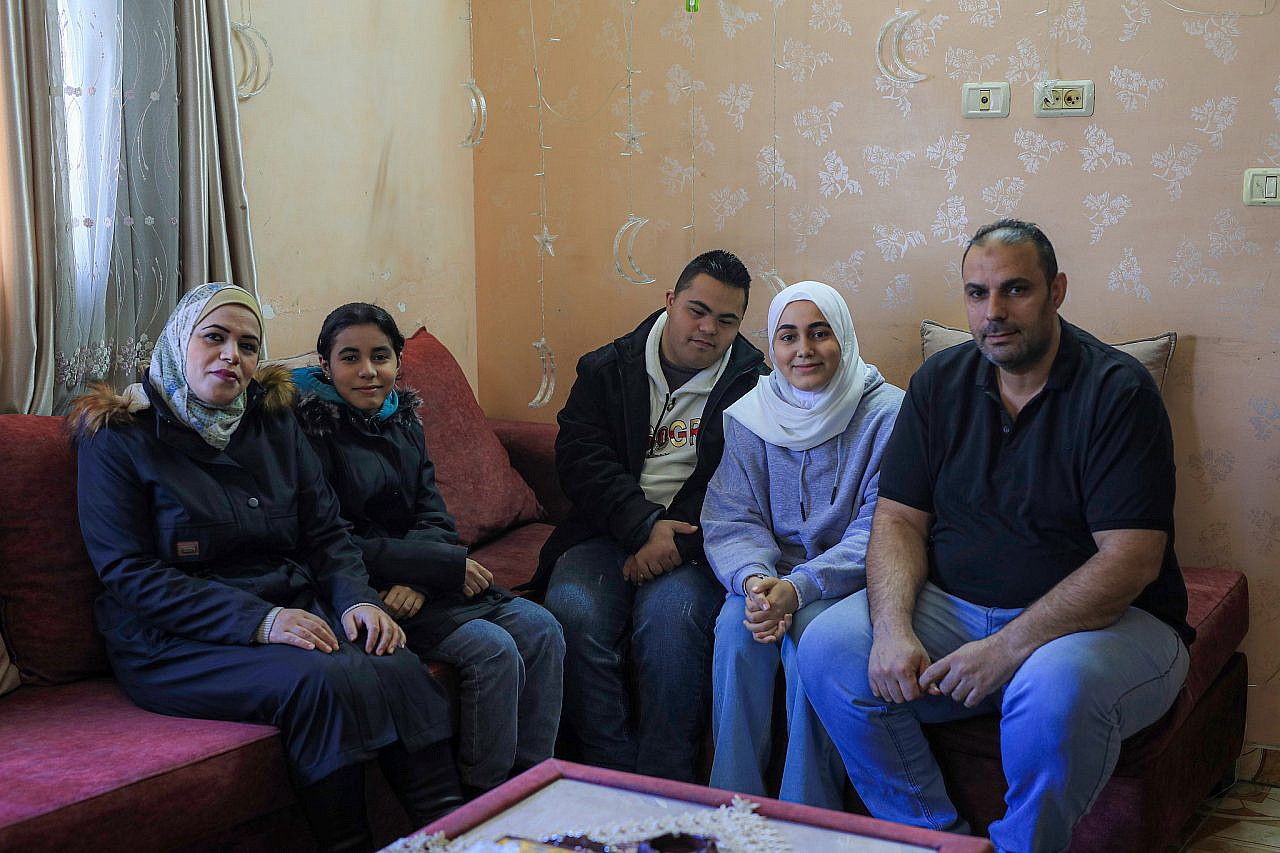 Ola Baqa and her family in Gaza. (Mohammed Zaanoun)

She sighed quietly. “I understand. It’s a very difficult decision. Our son is in a special situation that cannot accommodate all his needs. His immune system is weak, he has health problems and social problems that worsen his mental health, and his suffering affects the whole family. In the West Bank, there’s an infrastructure that will suit him better. I want him to learn a profession there. Our financial situation isn’t good, life is very expensive here, we can’t pay off the loans we live on.”

In early November we petitioned for Baqa to be allowed to move with her children to the West Bank. The decision from the Israeli authorities will come in March. All Baqa can do now is wait and hope.

Sereen Ali is the intake coordinator at Gisha.