Bank für Sozialwirtschaft says it will conduct a ‘scientific review’ of Jewish Voice for a Just Peace in the Middle East after the group was accused anti-Semitism by a leading Jewish organization over its support for the BDS movement. 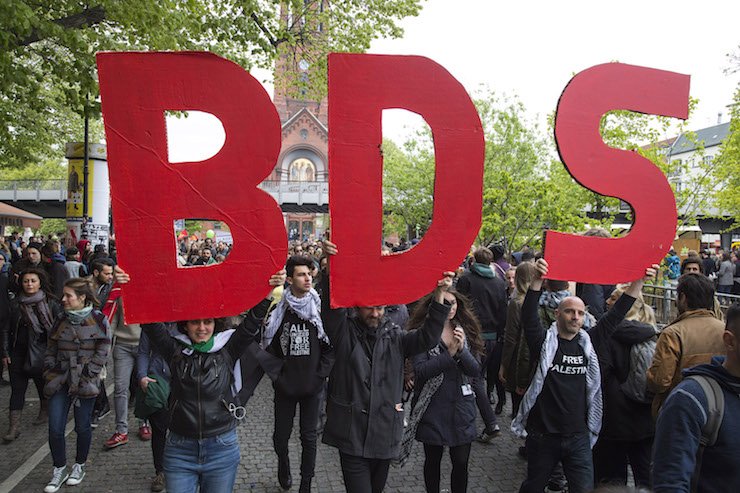 A German bank is trying to determine whether a German-Jewish group that supports Palestinian rights is anti-Semitic.

In December of last year, Bank für Sozialwirtschaft (Bank for Social Economy) said it would conduct a “scientific review” of German-Jewish group Jewish Voice for a Just Peace in the Middle East after the latter was accused of anti-Semitism by the Simon Wiesenthal Center.

The Simon Wiesenthal Center, one of the most well-known Jewish human rights organizations, placed the group at number seven in its annual “Top 10 Most anti-Semitic Incidents List” over its support for the BDS movement.

The list, published late last year, includes the massacre at the Tree of Life synagogue in Pittsburgh and the appearance of swastikas across university campuses in the U.S. It also lists Bank für Sozialwirtschaft for providing services to Jewish Voice for a Just Peace in the Middle East, which operates in Germany. The bank decided to appoint an expert on anti-Semitism to determine whether the Jewish organization is in fact anti-Semitic.

The pressure on both Jewish Voice for a Just Peace in the Middle East and Bank für Sozialwirtschaft, began in 2016, after the Jerusalem Post published an article on several Jewish German groups that had demanded the bank shut down the organization’s account over the latter’s support for BDS. The bank gave in and the account was shut down — the first time a German bank had shut down a Jewish organization’s account since the fall of the Nazi regime — only to be re-opened in 2017.

The pressure from pro-Israel groups, however, did not cease.

The Simon Wiesenthal Center’s list includes not only anti-Semitic incidents, but also organizations, figures, and political decisions — including Airbnb’s decision to pull listings in West Bank settlements, UNRWA’s activities in the Gaza Strip, and UK Labour Party leader Jeremy Corbyn. According to the list, Bank für Sozialwirtschaft earned the number seven spot because it “insists on doing business with the radical ‘Jewish Voice for a Just Peace in the Middle East,’ which strongly endorses boycotting the Jewish state.”

Jewish Voice for a Just Peace in the Middle East, which consists of a few dozen members, was first established in the early 2000s. All members of the group are volunteers; some of them are German-Jews, while others are Israelis who now live in Germany.

The pressure worked. Following the publishing of the list, Bank für Sozialwirtschaft pledged to carry out a “scientific review” to determine whether the Wiesenthal Center’s claims are true. To do so, the bank appointed Juliane Wezel, a German historian from the Centre for Research on Antisemitism, to investigate the matter and submit an expert “scientific” opinion. The results are expected to be published in March.

A statement published by Bank für Sozialwirtschaft, which has been under criticism from both the right and the left, laid out the sensitivity of the current situation: “During the discussion on hosting the Jewish Voice bank account, we realized that we were in a lose-lose situation. Both shutting down as well as the opening of the account have brought renewed accusations of anti-Semitism.”

“We know that no matter what we decide, we will be forced to deal with accusations of anti-Semitism. This is regrettable, and we hope to contribute to a fact-based discussion with a scientific assessment of the issue,” the bank concluded.

The bank says Westel’s review will be conducted according to the working definition of anti-Semitism as laid out by the International Holocaust Remembrance Alliance, an intergovernmental organization founded in 1998. The definition, which was formulated in 2016 and has recently been at the center of controversy, is made up of 11 guidelines — four of which are directly related to criticism of Israel. 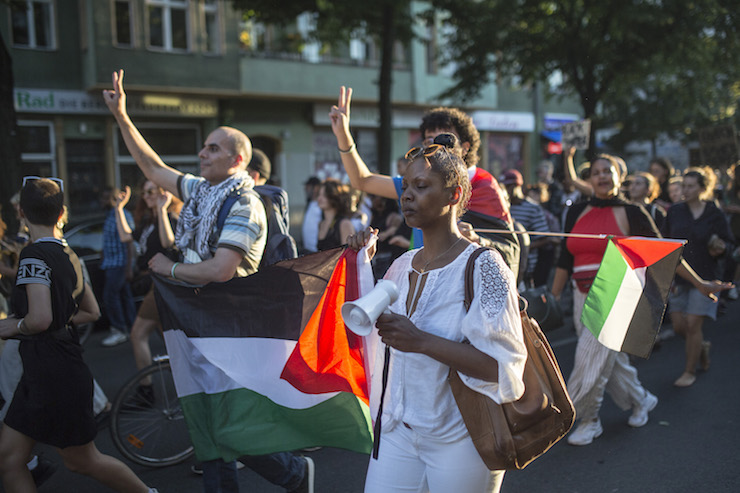 “The [anti-Semitism] definition has been manipulated by Israel,” says Iris Hefets, a former Israeli and member of Jewish Voice for a Just Peace in the Middle East. “They want to turn anti-Zionism into anti-Semitism.”

While Bank für Sozialwirtschaft has no qualms shutting down a bank account of an organization dedicated to human rights and peace, it maintains an account for the German branch of the Jewish National Fund, an organization that is complicit in the removal of Bedouins from their land in the Negev-Naqab Desert in southern Israel. Recently, the branch moved its account to a different bank.

Jewish Voice for a Just Peace in the Middle East has roundly rejected the bank’s decision. “They are looking into whether the grandchildren of Holocaust survivors are anti-Semites,” says Hefets. “The review is illegitimate because it uses a definition designed to protect us as Jews against anti-Semitism, which is now directed at the minority group it is supposed to defend.”

In some areas of Germany, says Hefets, the far-right won over 20 percent of the vote in the last elections, asylum seekers are murdered by right-wing terrorists, and there is a general sense that the state is doing little to protect minorities. “In this kind of atmosphere, it is absurd to choose a Jewish group that deals with human rights and determine whether it is anti-Semitic.”

In mid-January, more than 90 renowned Jewish scholars and intellectuals — including Noam Chomsky, Eva Illouz, and Judith Butler — signed an open letter condemning the attacks against Jewish Voice for Just Peace in the Middle East and demanding the bank stop conducting its review: “We call upon the members of German civil society to fight antisemitism relentlessly while maintaining a clear distinction between criticism of the state of Israel, harsh as it may be, and antisemitism, and to preserve free speech for those who reject Israeli repression against the Palestinian people and insist that it comes to an end.”

“We are signed on to the BDS call as laid out by Palestinian civil society, to which we offer our solidarity,” she continues. “We are glad to see a change in the Palestinian struggle, which supports using nonviolence as a way of pushing Israeli Jews to bring about change.”