Israel is about to hold elections, but not everyone living under Israeli rule gets a vote. A breakdown of who has rights and who doesn’t. 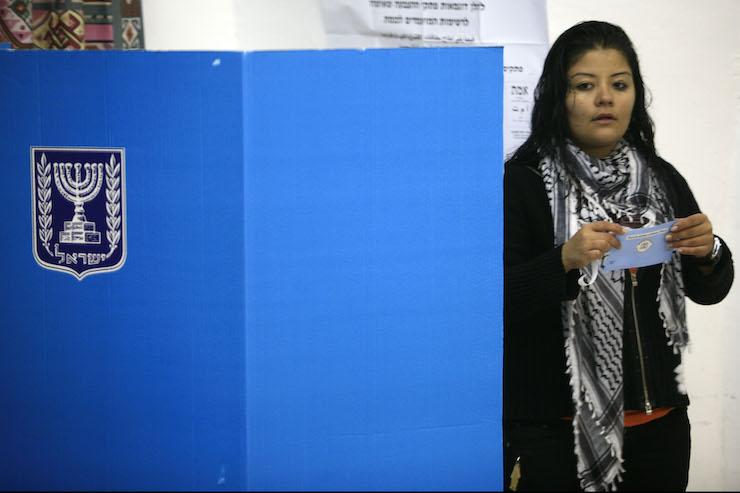 Archive photo of a Palestinian citizen of Israel casting a ballot in Abu Gosh, a village outside of Jerusalem, February 10, 2009. (Nati Shohat/Flash90)

On April 9, 2019, Israel will hold general elections. Israelis will head to the polls to choose their elected leaders and representatives. If they are unhappy with the way things are going, like citizens of democracies around the world, their votes will help shape the ideological and political direction of the government and the institutions it controls.

In a vacuum, that sounds like fairly standard democratic practice. But there is nothing standard about Israel’s democracy.

Israeli citizens get to vote in Israeli elections, choosing elected leaders and how they rule the country. But the Israeli government doesn’t just rule over Israeli citizens, or just over Israel, for that matter.

Nearly 14 million people live under Israeli rule. The extent of that control varies, as does the ability of those 14 million people to exercise control over the policies, personalities, and institutions that determine so much about their day-to-day lives.

At the end of 2018, the population of Israel was approximately 8,972,000 people. That includes more than 330,000 Palestinian residents of East Jerusalem who do not have Israeli citizenship and thus do not have the right to vote in national elections. It also includes more than 214,000 Jewish Israeli citizens who live in occupied East Jerusalem and more than 435,000 Jewish Israelis who live in the occupied West Bank.

Then there is the West Bank, which has been governed undemocratically by the Israeli military since it occupied the territory in 1967. Prime Minister Netanyahu has vowed again and again, the Israel will not give up military control over the West Bank — ever.

In that territory, over which Israel plans to rule in perpetuity, live more than 2,623,000 Palestinians — over 2,953,000 including East Jerusalem Palestinians — who do not have the right to vote in Israeli elections. In the West Bank, Israel and its army are responsible for everything from road infrastructure, deciding who may live where, who may build where and what, who is allowed to move between different parts of the territory and when, who is allowed in and out of the West Bank, who is allowed to hold a political protest (only Jews), what the laws are and how they are enforced, and whether they will ever be granted independence. 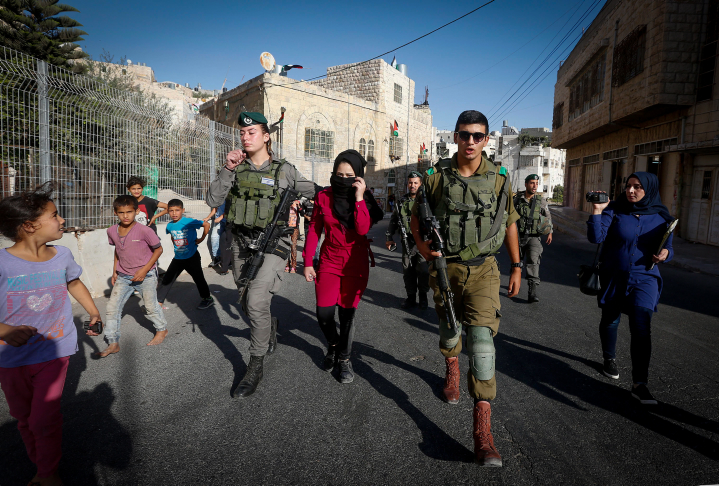 Israeli soldiers and Border Police officers arrest a Palestinian woman after she allegedly tried to cross a checkpoint with a knife, Hebron, West Bank, on September 27, 2017. (Wisam Hashlamoun/Flash90)

The 435,000 Jewish Israelis who live in the West Bank have the right to vote in elections that can determine every one of those policies. They have elected representatives who can work to rectify any grievances they might have regarding how those policies affect their lives. The 2,623,000 Palestinians living in the same territory do not have the right to vote in elections that determine any of those policies. When their lives are negatively affected by the democratic country that rules over so many aspects of their lives, they have zero recourse within that democratic system to address their grievances.

Then there is the Gaza Strip. Despite having withdrawn its troops from inside the Gaza Strip in 2005, Israel and its military still control a great number of significant aspects of life in the strip and the way it is governed. Israel determines what may be imported and exported; who can come in and out of the territory; and who can travel between the West Bank and Gaza. It has unilaterally claimed a buffer zone of farmland inside Gazan territory and enforces who may enter it; it determines and enforces limits to where Palestinian fishermen can fish; it controls the flow of electricity; and even had to give its permission for cash from a third country to be brought into Gaza to pay civil servants’ salaries.

None of the 1,961,000 people living in Gaza get to vote in the democratic elections that could affect those policies, including how much violence Israel uses against them. 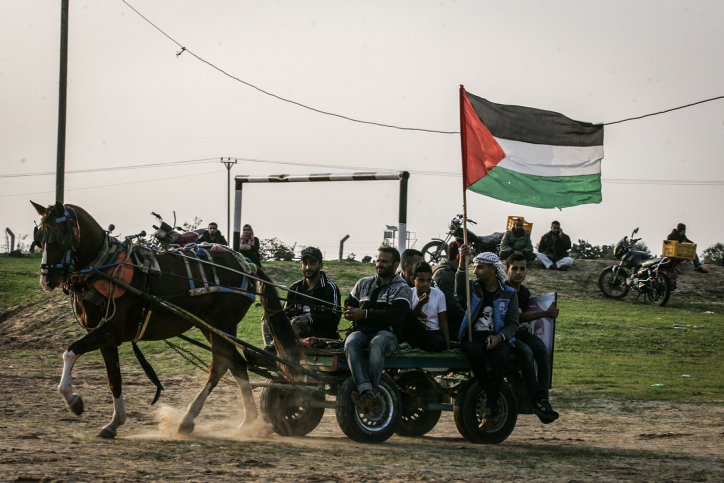 Palestinians participate in the Great Return March near the Gaza-Israel fence, east of Rafah in the southern Gaza Strip, November 30, 2018. (Abdel Rahim Khatib/Flash90)

So when Israel goes to vote this April, when everyone is talking about democracy, remember that out of the more-than 13,556,000 people whose lives are directly affected by Israeli policy, only 8,642,000, or around 64 percent of them have the right to participate in that democracy.

And of the 6,463,000 Palestinians living under varying degrees of Israeli rule in territory fully or partially controlled by Israel, only 1,548,000 — 24 percent, or fewer than one in four — have the right to vote in Israeli elections.

Some statistical notes: Aside from the numbers of Jews and Palestinians living in occupied East Jerusalem, which are from the end of 2016, and therefore can be assumed to be lower than the actual figures, all of the numbers given are official end-of-2018 projections published by the Palestinian Census Bureau and the Israeli Central Bureau of Statistics, respectively. Both agencies include Palestinian residents of East Jerusalem in their figures, so the aggregate numbers were adjusted accordingly in order to not double count. Lastly, the figures do not refer only to the population of voting age, but the entire population, and therefore does not technically refer to voter eligibility in the current election but rather to whether someone will ever have the right to vote under the current regime’s rules of suffrage. In addition, there is a small number of East Jerusalem Palestinians who have acquired Israeli citizenship over the years, in addition to a small number of Palestinian citizens of Israel who have moved to West and East Jerusalem.