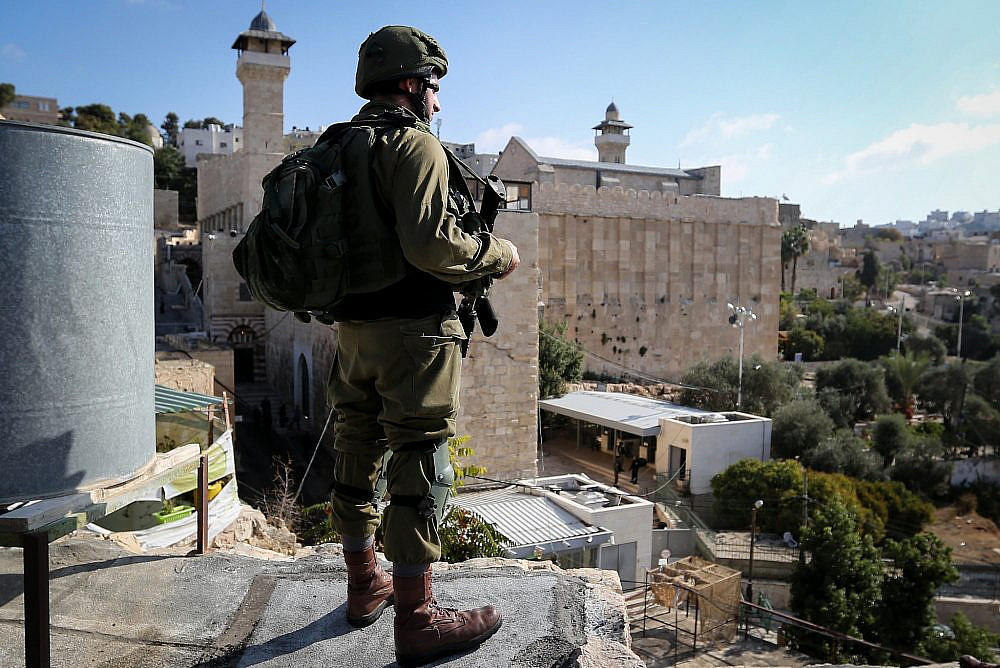 Israeli troops take position around the Cave of the Patriarchs, also known as the Ibrahimi Mosque, in the old city of Hebron, occupied West Bank, October 30, 2019. (Wisam Hashlamoun/Flash90)

Two weekends ago, a soldier from the IDF Golani Brigade was filmed charging at a group of Israeli settlers who were assaulting a Palestinian man in the West Bank city of Hebron. The footage shows the soldier taking a beating from the settlers while trying to remove the Palestinian from the scene.

It’s an important video, but not necessarily because it shows settlers beating a Palestinian. After all, footage of settler violence against Palestinians are a dime a dozen. The fact that the new video shows settlers attacking a soldier isn’t important either. That, too, has become a fairly common occurrence in the occupied West Bank.

This video is important for one reason only: it shows an Israeli soldier refusing to stand idly by. And unlike the vast majority of videos of daily life in Hebron, a city where Israeli soldiers protect a group of roughly 850 settlers, this one went viral.

The most striking reaction was by the Israeli leaders who touted it as proof of the IDF’s moral backbone. Defense Minister Benny Gantz, for instance, was quick to say that the soldier “acted as every IDF soldier and commander is expected to.”

This is a bald-faced lie, and anyone who has served in the occupied territories knows it. The truth is that the Golani soldier’s behavior is the complete opposite of what a soldier is expected to do in the West Bank. 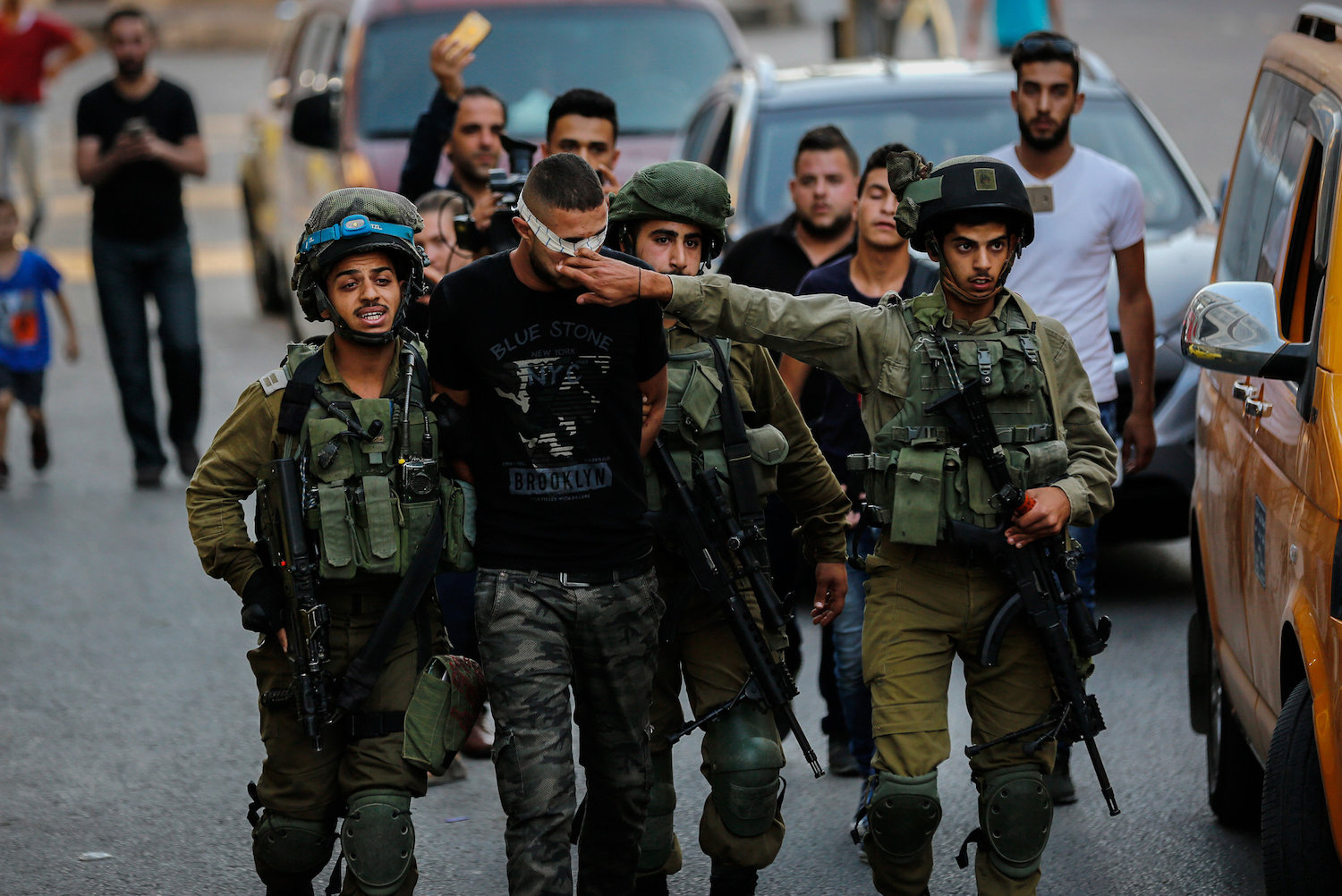 Protecting Palestinians in the occupied territories is supposed to be one of the duties of an Israeli soldier, but theory and practice are two very different things. As part of my work for Breaking the Silence, an organization made up of veteran IDF soldiers working to expose the everyday reality of the occupation, I have interviewed hundreds of soldiers about their military service. One of the themes that is common to most of them is the clear directives they received from their commanders, according to which the settlers are considered untouchable.

A soldier in the Nahal Brigade once told me about a group of French tourists who came to Hebron and saw a Palestinian flag flying near the Beit Hadassah settlement complex. It was flying over a Palestinian house, but that didn’t matter to the tourists or the settlers. “They started shouting: ‘The nation of Israel lives,’ ‘Death to the Arabs,’” he said. They then got a ladder and tried to take the flag down themselves.

“I was really riled up because nothing happened and [the settlers] – it looked like they were about to kill someone and no one was doing anything about it. No one did anything to prevent it.” This testimony is far from the most extreme we have taken, but it has one advantage: the incident was filmed.

IDF soldiers are instructed to leave violent settlers to the police, even if they are the ones who must face the brunt of the settlers’ violence. That is why stories of settlers who go unpunished after throwing stones at soldiers are so common, and that’s why it is particularly astonishing to see one soldier who decided to do the right thing and rescue a Palestinian.

The truth is what the Golani soldier did was what anyone in a position of law enforcement would have done — just as one would expect the police to come to the rescue of a civilian in a similar situation. The problem is that IDF soldiers are not tasked with protecting Palestinian residents, but rather protecting the settlers. This is why the video shows only one soldier going after the settlers in an area where around 650 soldiers are stationed on a permanent basis. It is also why we only saw a video of one particular incident, and not of the other four settler attacks that took place that same day.

This video received so much attention precisely because it presents soldiers as most of the Jewish public in Israel would like to think of them; or more accurately, as Israelis like to think of themselves. What is better than a video that shows the whole world how the most moral army in the world makes no distinction between Jews and Palestinians, all while taking action to enforce law and order on an equal basis?

Ron Zaidel is the testimony collection and research director at Breaking the Silence.