Notes: My friend was sick and got these painkillers. Right after he took them he got even sicker, in his stomach too. We were all awake at night because he wasn’t feeling well. Nobody in Holot cares about you when you don’t feel well, there is no medical center, only a small room. You either need to take public transportation to Beer Sheva, or you need to walk. If it is really bad they take you. I think they are trying to kill us. It made me very sad. It is only because of the color of our skin. 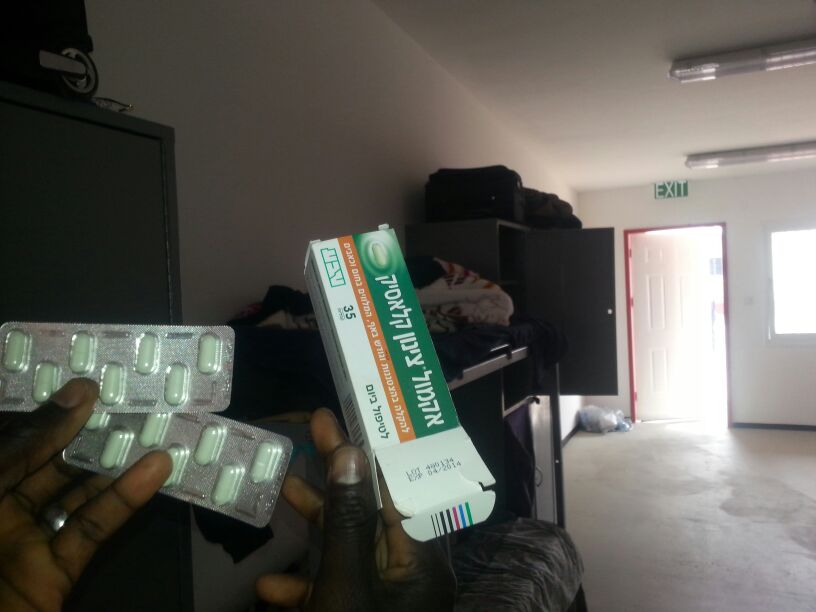 My friend was sick and got this from the small room that they call a clinic, Holot, February 24, 2014. (Ahmad) 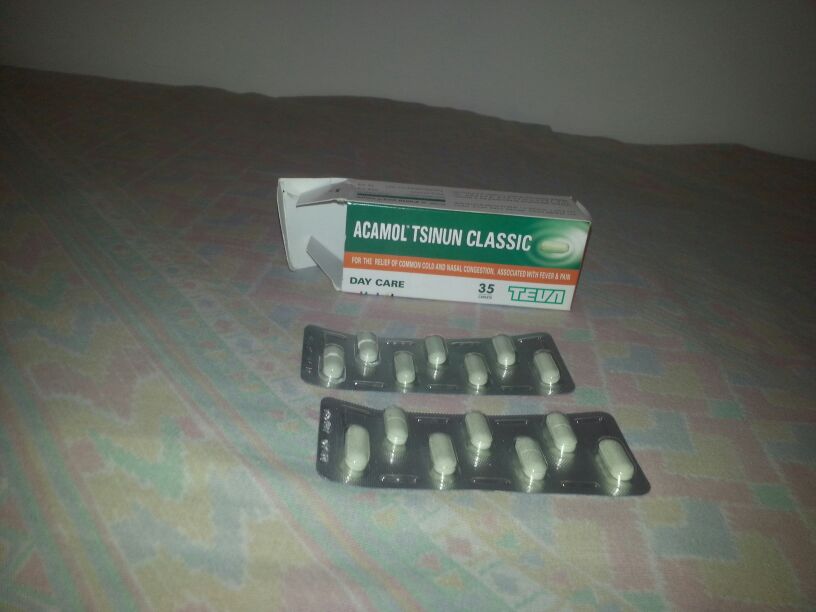 My friend was sick and got this from the small room they call a clinic, Holot, February 24, 2014. (Ahmad)

Notes: We get two cups of cheese and some jam for 10 people for breakfast. Sometimes we get dairy products, twice a week we get bread. Meat in lunch comes once a week on Thursday, and on Saturdays there is the worst food, as all the Israelis are on Shabbat. I get the feeling that they are trying to make us weaker and feel bad. 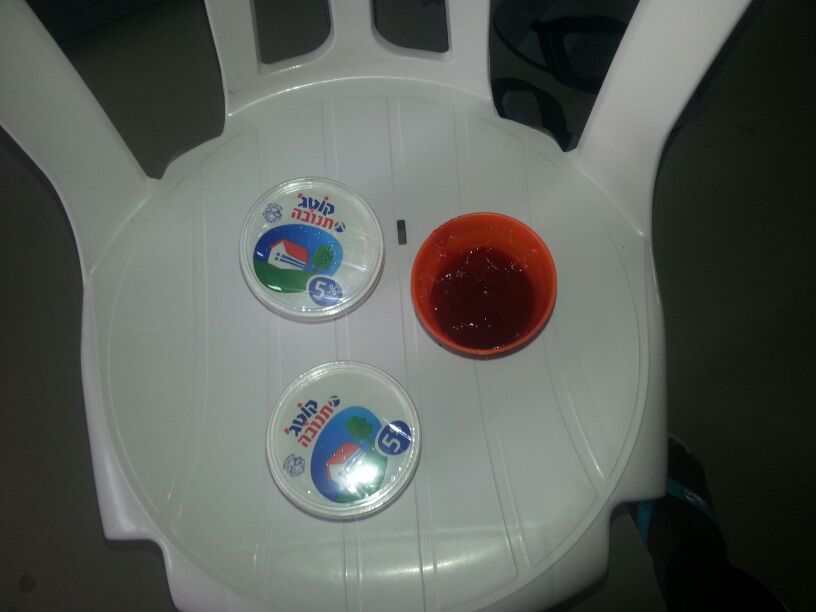 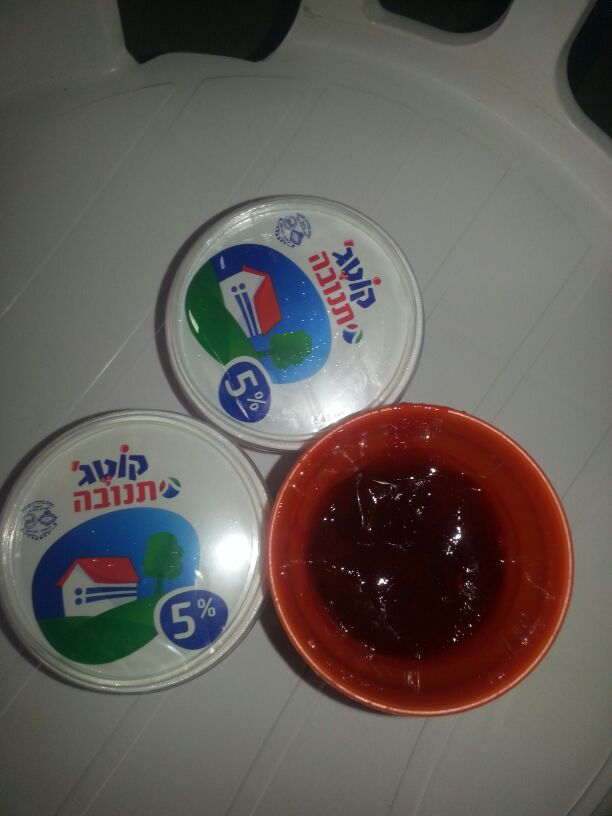 Notes: We are really bored here. We ask for the ability to study and they say no. Once the guard said we might be able to study English, but Hebrew for sure not. Every time we ask for something they say, “no, go back to your country.” 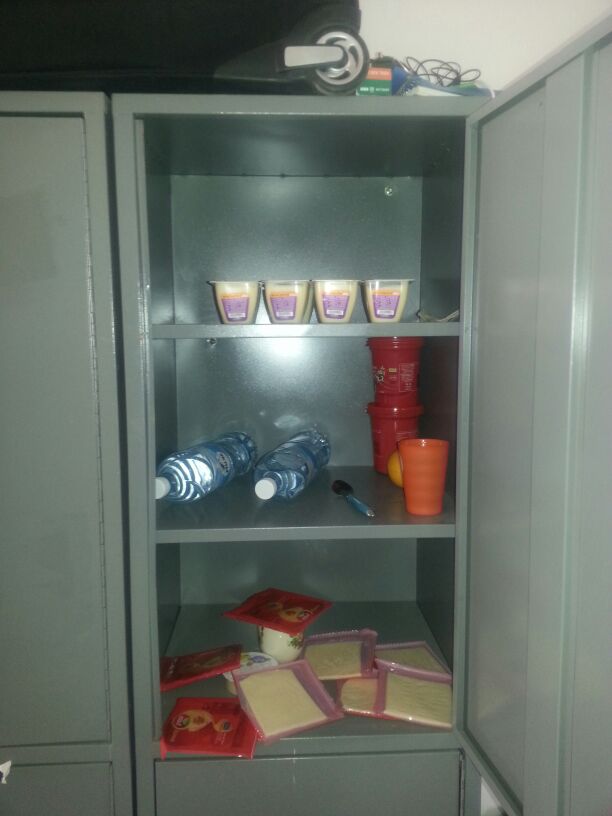 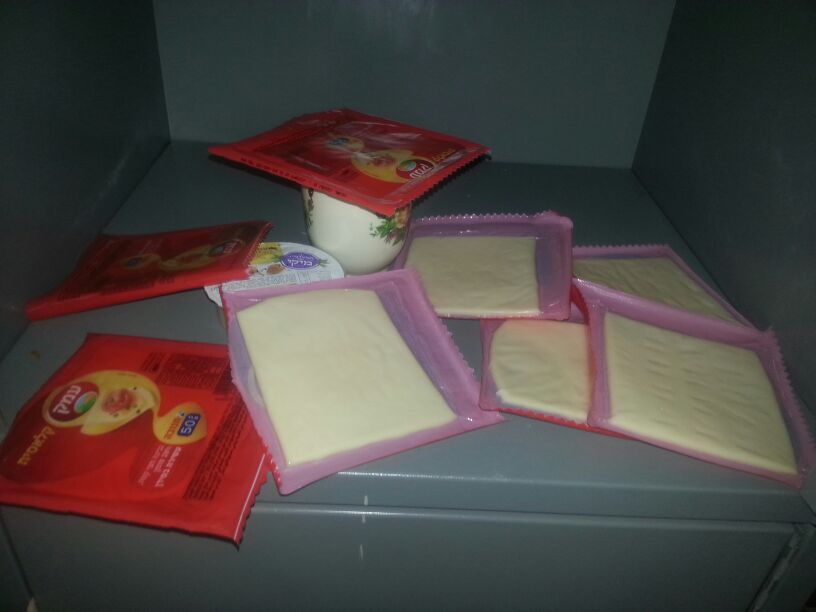 We keep food in the rooms because we get hungry, Holot, February 22, 2014. (Ahmad)
Get Our Weekly Newsletter