A female Bahraini officer has been acquitted by a court in Manama on charges of torturing a local journalist working for a French TV and radio station.

…during her 13-hour detention, al-Moussa and the other officers blindfolded her, beat her repeatedly with a hose, pulled her hair, slapped her in the face, dunked her head in a toilet, kicked her, and forced her to sign papers she was not allowed to read. The journalist, who was later examined by a doctor, submitted several medical reports to the court proving she had sustained bruises from the incident, she said.

You can read the full commentary by the CPJ here.

On Thursday, Nazeeha told me she is disappointed by the decision.

I am frustrated. The government promised that they will investigate the incident. Some of the police officers met me the day [after the incident], saw the rash on my face, and [saw me] limping while walking. It took a year-and-five months, and then she is acquitted? That is a shame to the Bahraini justice system.

I know Nazeeha quite well.  When I traveled to Bahrain to cover the start of the unrest there, I hired her as my local producer/fixer/translator.  I find her to be efficient, honest, reliable and open-minded.  She took me to the right places, told me what areas to stay away from, and helped me get voices from both sides: the opposition and the monarch loyalists. 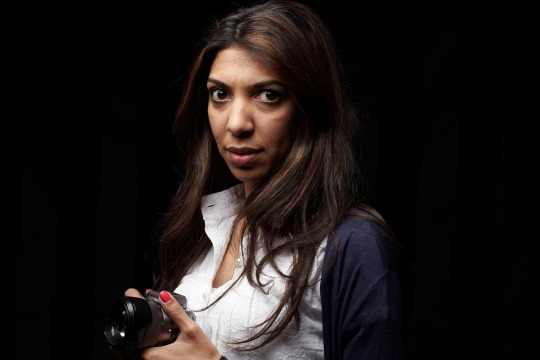 I knew that Nazeeha had been intimidated in the past by Bahraini security, and as the country was drawing more and more media attention for its crackdown on a Shia uprising, journalists were becoming a particularly thorny issue. Reporters like myself could come, do our job, and then leave. But the people we worked with are stuck, often paying the price.

Nazeeha assures me that what she endured (months after I left) had nothing to do with the work she did with me. But I remember the South Asian cameraman and editor I worked with fearing for his life, and the possible repercussions of his work. And I remember Nazeeha standing bold in the face of police – and foreign troops (invited by Bahrain) – knowing that Bahrain is HER country, and her rights are HER rights.

In an age of quick, 24-hour international news, we all want coverage from everywhere at every moment. Journalists like me have the honor of hopping from place to place, hearing snippets of each story and conveying it in the simplest of terms to a global audience. In terms of  flow of information, that, I believe, is of great benefit.  But the real heroes of international news are people like Nazeeha.

Human rights group have already seen Bahrain’s court system to be a sham. And those who are following the uprisings in Bahrain have seen the forceful crackdown to be what it is: unjustified.  The rest can see for themselves.

So why is the U.S., or Turkey, or neighboring Qatar – so busy with toppling Syria’s Bashar Assad – not doing anything to stop it?  That answer is obvious. But why is the world letting those countries get away with a double standard?  Well, that’s a more difficult question to answer. But on behalf of journalists like Nazeeha, we should try.