Considering the U.S. sees East Jerusalem as the future capital of a Palestinian state within the framework of any viable two-state solution, mainstream American Jewish leaders’ insistence that Israel should be listed as the birthplace in Jerusalem-born American citizens’ passports undermines U.S. foreign policy and the two-state solution.

This article was originally published in The Daily Beast’s Open Zion on Friday July 26, 2013. 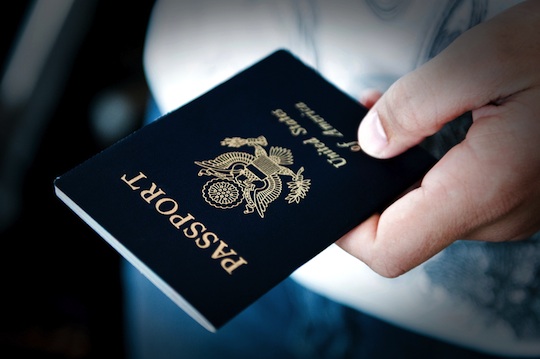 On Tuesday, a U.S. federal appeals court ruled that Americans born in Jerusalem cannot list Israel as their birthplace on their U.S. passports, in accordance with long-standing U.S. policy. The reason the judges provided is that doing so would infringe on the president’s exercise of power regarding recognition of foreign governments — which has since 1948 meant a refusal to recognize Israel or any country’s sovereignty over Jerusalem, since its final status must be determined in negotiations. The court decision concludes a case originally opened in 2003 by parents of a Jerusalem-born American Jewish boy, Menachem Zivotofsky, who requested to list Israel as the birthplace on his U.S. passport.

American Jewish groups were quick to condemn the decision, insisting that Jerusalem is the capital of Israel, and calling on the Supreme Court to reverse the decision and maintain that Americans should have the right to list “Israel” as their birthplace, and not just “Jerusalem.” The chairman of the Jewish Federations of North America issued a statement that the decision “leaves 50,000 Americans without an official birth country.”

In an op-ed in Haaretz, the Anti-Defamation League’s Abraham Foxman goes so far as to call the ruling discriminatory, saying it deprives Americans of their civil right to identify themselves on their passports as they wish. He asks how it is that the issue has become “so political,” and insists it “should not be a question of technicalities or legalities or separation of powers. It should be a question of sensible public policy — recognition of the special relationship between the U.S. and Israel.”

Apparently Foxman is unaware, or chooses to ignore, that Jerusalem is in fact quite a “political” issue, one of the thorniest in the Israeli-Palestinian conflict. The fact that no country in the world will house its embassy in Jerusalem, because nobody except Israel formally recognizes Jerusalem as that country’s capital, doesn’t seem to register with him. Neither does the fact that the Palestinian residents of the city are citizens of nowhere, subject to an Israeli government they cannot elect and devoid of the luxury to choose which country to list as their birthplace. Foxman also doesn’t seem aware that Palestinian residents of Jerusalem who become American citizens (or spend enough years out of Jerusalem) are stripped of their residency, leaving their freedom to enter the very place they were born to the whims of the Israeli authorities.

Foxman argues that it is “sensible public policy” to give precedence to the U.S.-Israel “special relationship” in such matters. (Despite having actually initially complained that this was an example of the U.S. singling out Israel for “special” treatment in the negative sense.) For an American claiming to advocate civil rights of American citizens, how can that possibly be sensible, considering it goes against stated American policy that Jerusalem — like the West Bank, Gaza and Golan — are all territories whose status must be determined by negotiations? The State Department’s Foreign Affairs Manual, which Foxman himself quotes, details very clearly in section 7.f. that: “[f]or a person born in Jerusalem, write JERUSALEM as the place of birth in the passport. Do not write Israel, Jordan or West Bank for a person born within the current municipal borders of Jerusalem.” Foxman’s arguments — like the suit filed by the Zivotofskys — is no less than a concerted effort to undercut and override U.S. foreign policy on Jerusalem, and shows a total disregard for the human and civil rights of the Palestinians living in East Jerusalem.

With U.S. Secretary of State John Kerry making grinding efforts to get Palestinians and Israelis negotiating again, the argument made by Foxman and other American Jewish groups in the same camp can only be seen as disingenuous. They all must realize the issue delves right into the American government’s murky and controversial policy, whereby it does not formally recognize Jerusalem as what Israel deems to be its “eternal and undivided capital” and condemns Israeli settlement building in East Jerusalem, despite continuing to be Israel’s biggest ally and donor. Considering the fact that the U.S. sees East Jerusalem as the future capital of a Palestinian state within the framework of any two-state solution, it is difficult not to see this reaction by prominent American Jewish leaders as anything but an affront to the notion of a just two-state solution, and to the U.S. effort — however meager and inconsistent it may be — at acting as an effective broker of Israeli-Palestinian peace.