While its campaign of intimidation against supposed left-wing Israeli artists seems to have backfired, Im Tirtzu’s role in Israel’s current political climate cannot be overstated. 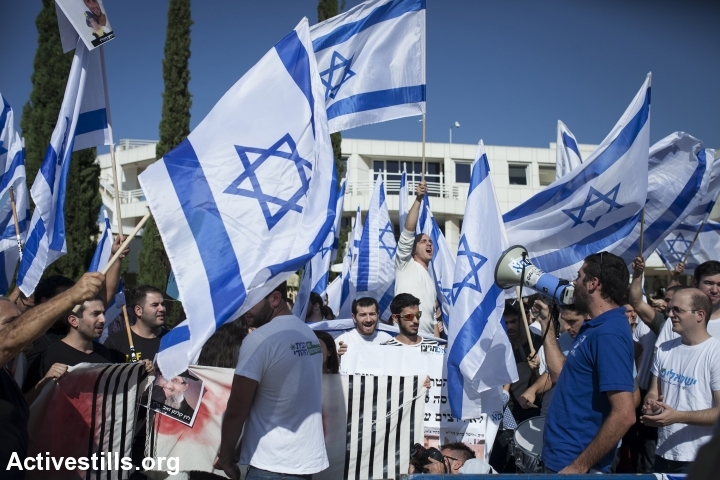 The political climate in Israel has become so draconian and repressive lately that it was slightly surprising how quickly everyone rushed to denounce Im Tirtzu’s latest campaign against mainstream artists and celebrities who sit or have sat on the boards of human rights organizations. Leaders across the political spectrum condemned the campaign, including Netanyahu, who has previously sung Im Tirtzu’s praises on camera.  Following the backlash, the group told the Israeli press they had made a mistake and gone too far, with director Matan Peleg going as far as suspending himself.

Some Israeli commentators have written about how the campaign was actually a gift to those on the Left, since it forced many centrist, mainstream artists to draw a clear political line in the sand between Im Tirtzu’s hyper-nationalism and their own values. It ostensibly forces them to step out of their comfort zones and choose sides.

But a look at the reactions by several of the artists who were targeted by Im Tirtzu reveals just how paralyzed and monopolized the Israeli mainstream discourse is; how it uses the very same language as the Right to try and defend itself.

For example, veteran actress Gila Almagor was invited to speak on Channel 2’s Friday night prime time news broadcast about the recent incitement against her. A horrible incendiary article was printed in an Israeli media outlet that literally called for her to prepare a will, since she should expect to be shot in the back three times in the near future (the article was later taken down). Almagor said that she believes the incitement comes from the leaders, before adding “I always represent this country honorably, I never take my criticism outside the country.” 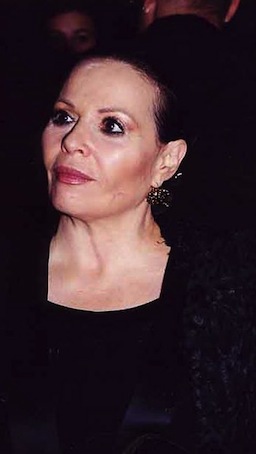 The idea that it is somehow disloyal to criticize Israel outside the country is an old and very popular trope. It was not created by the Right, but by Israel’s founding prime minister David Ben-Gurion, to cover up for massacres against Palestinians that took place upon the state’s establishment. It has been made even more rigid and popular in recent years by the Right, in the form of the bill targeting NGOs that receive funding from foreign governments, as well as the witch hunt against anti-occupation groups such as Breaking the Silence, who take part in speaking tours abroad. To be a “good Israeli” according to this logic, is to keep quiet about Israel’s wrongs, which is exactly why Breaking the Silence has become persona non grata.

The significance of Almagor condemning incitement, while in the same breath assuring that she would never criticize Israel abroad, is a backhanded way of delegitimizing all the other organizations, including +972, that believe the Israeli system of occupation is not an internal Israeli debate but an international human rights issue. Her response was a way of proving her loyalty and patriotism to the state — along the lines Im Tirtzu and its ilk have delineated. After all, why shouldn’t Almagor speak freely against policies that she disagrees with anywhere she likes? Her response indicates she isn’t a genuine advocate of freedom of speech.

Another example came from Dean Oz Salzberger, the grandson of famed Israeli author Amos Oz, who was also on Im Tirtzu’s list. Salzberger used the same rhetoric against Im Tirtzu that Culture Minister Miri Regev once used to describe African asylum seekers: “a cancer in Israel’s society.” This is a form of incitement against Im Tirtzu, or at the least, an attack made in very poor taste.

Salzberger also uploaded to Facebook a photo of himself in IDF uniform with Oz, writing: “Attached is a photo of my grandfather Amos (‘the foreign agent’) who is crying from excitement at my IDF officer’s graduation ceremony a few months ago.” From Salzberger’s photo we can understand that in order to defend your grandfather against a quasi-fascist group, it is important to prove you are pro-military, or in other words: a good Zionist.

Im Tirtzu first came into the spotlight back in 2010 with its first big campaign targeting the academic freedom of professors at Ben-Gurion University. At the time, all the deans of all the major universities condemned the group, but like Salzberger, also made a point to declare their loyalty to Zionism — a fact that should have no bearing on upholding academic freedom at a public institution. At the time I wrote an oped in Haaretz (Hebrew), warning that such responses created a dangerous precedent that strengthens the bogus connection between one’s own personal identity and affinity to Zionism on the one hand, and one’s commitment to freedom of speech and other universal values on the other. 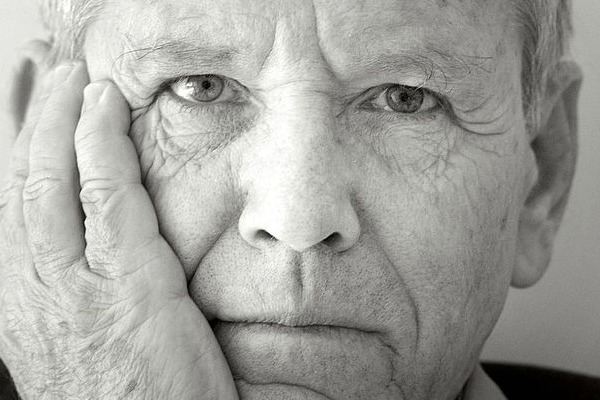 Six years laters, Im Tirtzu has gone after the heart of Israel’s mainstream culture, and while the widespread condemnation of their attack is a relief, I would be hard pressed to say they have failed. The artists’ responses shed light on just how skewed Israeli discourse is. Even artists who support human rights work are incapable of stepping outside the boundaries of a debate that have been determined for them. That is where the real challenge lies.

One last note: while one artist, Rivka Michaeli, actually used the word “occupation” in her response to the incitement against her, no one else, as far as I know, has mentioned the people who are the actual victims of Israel’s human rights abuses. Furthermore, while everyone — even the most right-wing Israeli pundits — are busy condemning Im Tirtzu, no one in the media is talking about the fact that there is no security, no peace, no equality, no public housing, no stability, no hope, no justice, etc. In that sense, the ultimate victory of Im Tirtzu’s campaign and in general, that of the Right, is their monopoly over public debate, they are diverting it with unmatched success so as not to deal with the real issues.

BECOME A MEMBER
More About Channel 2 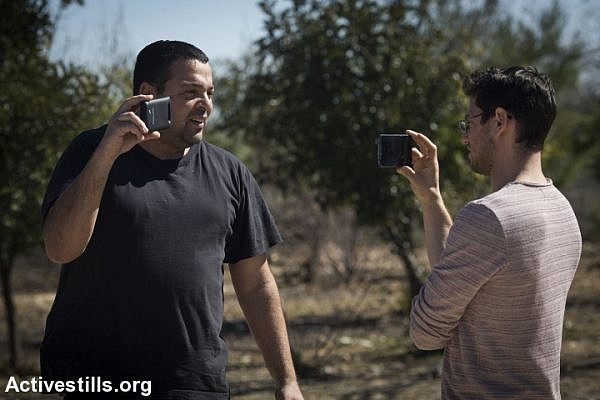 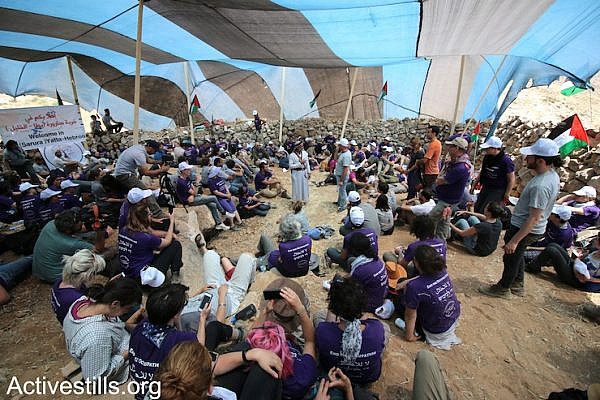 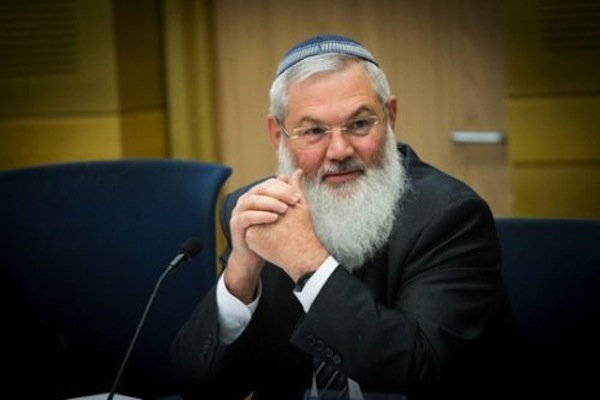 Deputy defense minister wants to give IDF soldiers a license to kill
Eli Ben Dahan, who once called Palestinians ‘subhuman,’ wants soldiers to be able to freely shoot to kill. Israel’s Deputy Defense Minister Eli Ben Dahan is reportedly working on submitting a bill proposal that will grant soldiers a license to kill, according to a Channel 2 news report that aired Saturday evening. The bill will allow…
By Haggai Matar January 7, 2017